At the time of Sputnik, what kind of radios were common in the Soviet Union?

Sputnik was launched 1957 Oct 4. At that time, what kind of radios were common in the Soviet Union?

I'm interested in what kind of radios were privately owned and kept in people's apartments. What frequency ranges did they have? Were they AM or FM or both, or something different?

Or perhaps was there a radio shortage instead? Could the people afford them?

I suppose you are asking about real radios (wireless). They were quite bulky decorated wooden boxes. They had vacuum tubes instead of transistors. They were considered (somewhat) luxury items and not every family owned them. They had long, medium and short waves ranges. Later ultra-short (AM and FM were added). First transistor radios appeared in 1960s. They were small and portable and gradually displaced the old big boxes. Here is a typical picture: 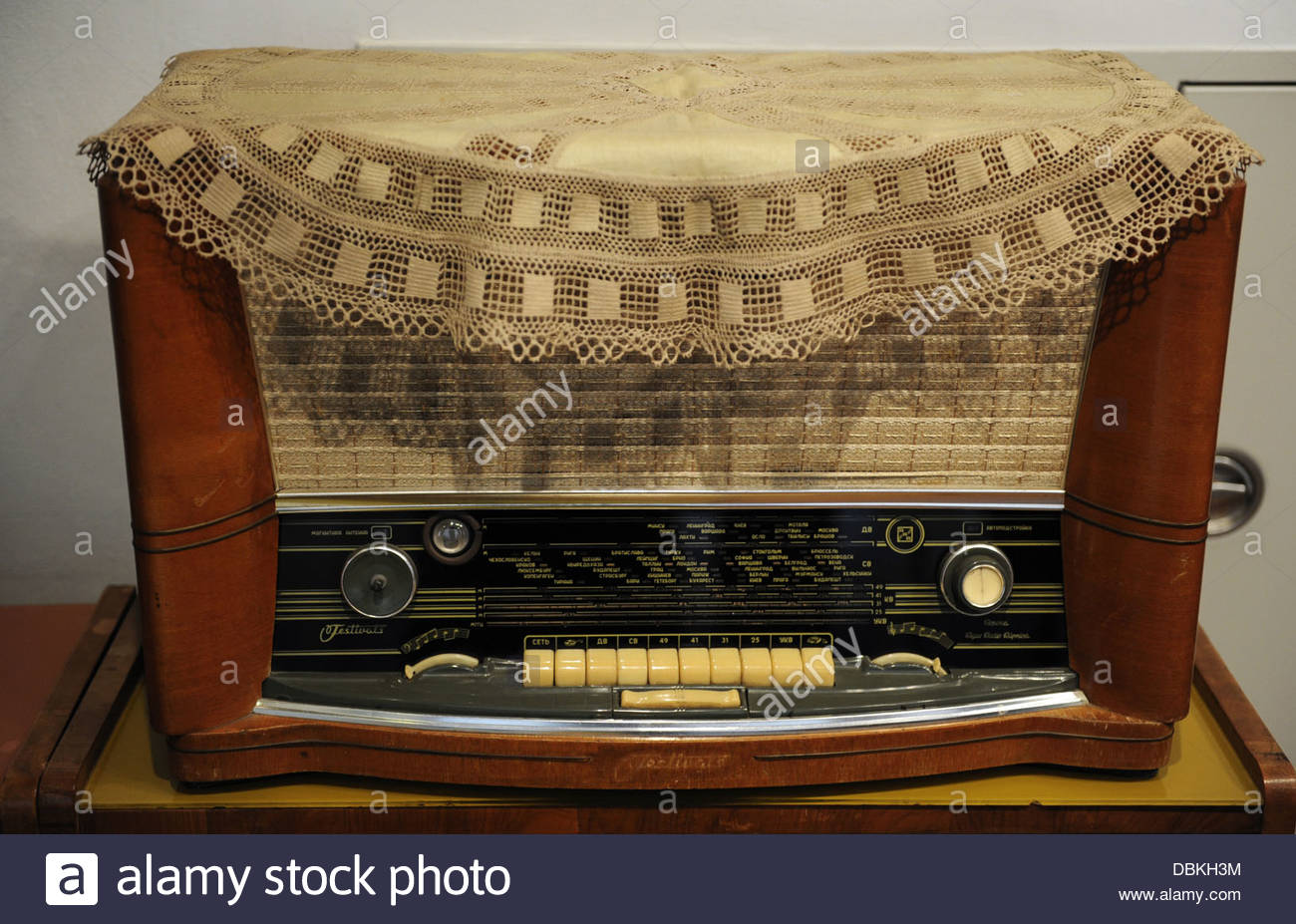 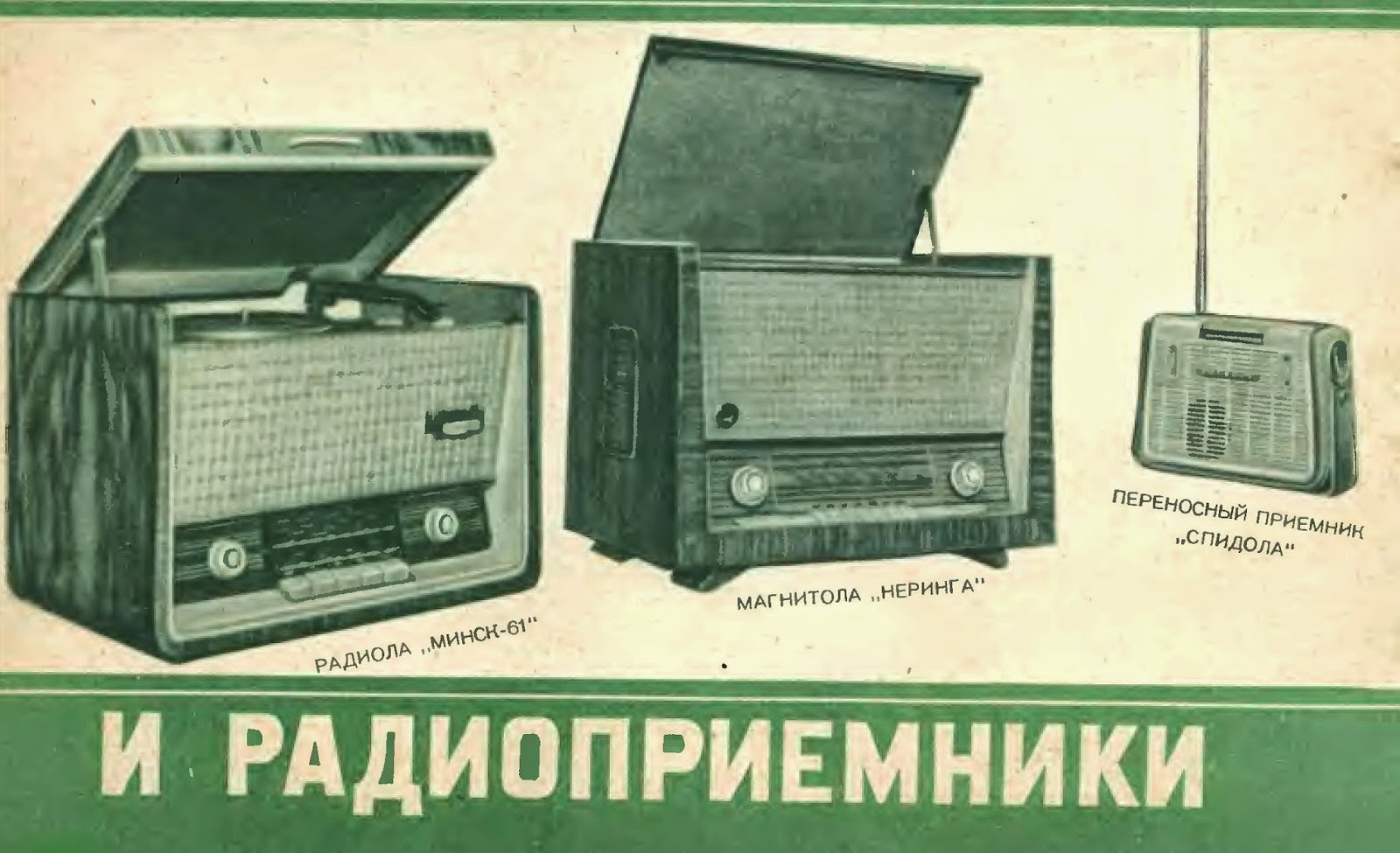 Let me add that the word "radio" also had another meaning in Soviet Union. All Soviet homes were equipped with cable "radios", which were just small loudspeakers connected to wiring. Most of them had no amplifier, only a loudspeaker. Wiring for them was provided in ALL residential buildings. In most cases only one program was available, so the "radio" had only one button which controlled volume, and nothing else. The broadcast started early in the morning with the anthem of Soviet Union, and ended at midnight with the same. They broadcasted news, political speeches, musics, radio plays, all sorts of useful information etc. This thing was in every home and almost all people listened to it. The program was the same everywhere (broadcasted from Moscow), with short inserts of local news.

On the other hand, many people who owned a real (wireless) radio listened foreign stations (BBC, Voice of America, Free Europe, and many others which broadcasted in Russian). As I understand this was one of the main reasons to buy a true radio receiver. As a child (in 1960s) I even wondered why they make receivers with short waves. It seemed to me that the only use for short waves was to listen foreign stations:-) In the late 60s Soviets started to jam these broadcasts, but they were not very successful.

Let me also add that "amateur radio" was a very common hobby: people made receivers and even transmitters themselves. (One had to register with the authorities every transmitter). All sorts of parts and literature were widely available in hobby stores in the 1960s.

EDIT. It is certainly not true in 1960s that "every house had a real radio receiver with an antenna". Cable "radios" in houses were connected by cables to a place called "radio-node" (радиоузел in Russian), one or several in a city, depending on the size of the city. How were the radio-nodes connected with Moscow, I do not know. And in 1960s there were no channels and switches on these "radios", They were introduced later.

Here is a nice collection, complete with authentic sound, both wireless and wire.

Radios in the Soviet Union were the personal property of citizens and were designed for wireless reception, or for use on a wired network broadcasting.

AM (amplitude modulation) was also labeled it as the СВ (средневолновый) диапазон - medium wave range.

Not the answer you're looking for? Browse other questions tagged economy soviet-union consumer-goods or ask your own question.