What were the needs of the US Navy that resulted in the production of both the Arleigh Burke class and Ticonderoga class in the 1980s?

In the 1980s the United States Navy introduced both the Arleigh Burke class and the Ticonderoga class. 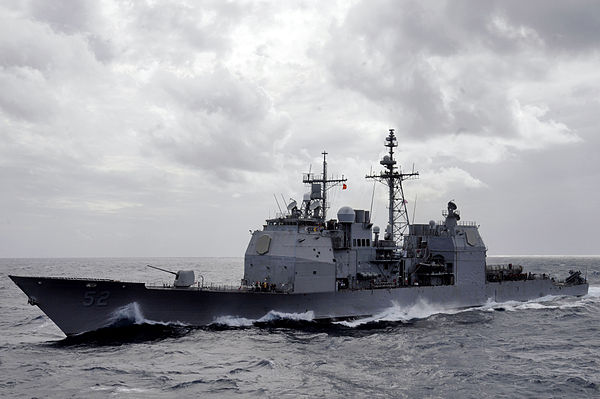 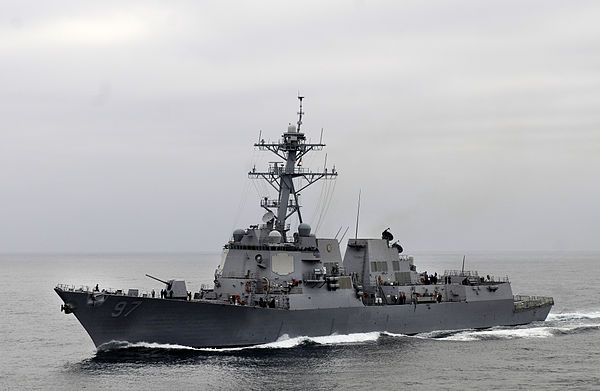 Wikipedia pages on them:

The armament of the vessels is incredibly similar, notably both carry the Mk 41 vertical launch system. I do notice that Wikipedia lists the "cruiser mark 26" of the Ticonderoga class as having the "Mk 26 missile launcher". This is not part of the Aegis system, which is the modern missile combat system used by the United States Navy.

It seems that these vessels are almost identical in their capabilities and construction.

What were the needs of the United States Navy that resulted in the acquisition of such similar classes of combat vessels? I'm interested mostly in the mindset or "perceived needs" of the Navy. Why would the Navy introduce and continue to construct such similar classes of vessels? Do they differ somehow in their operational capability that is not evident? 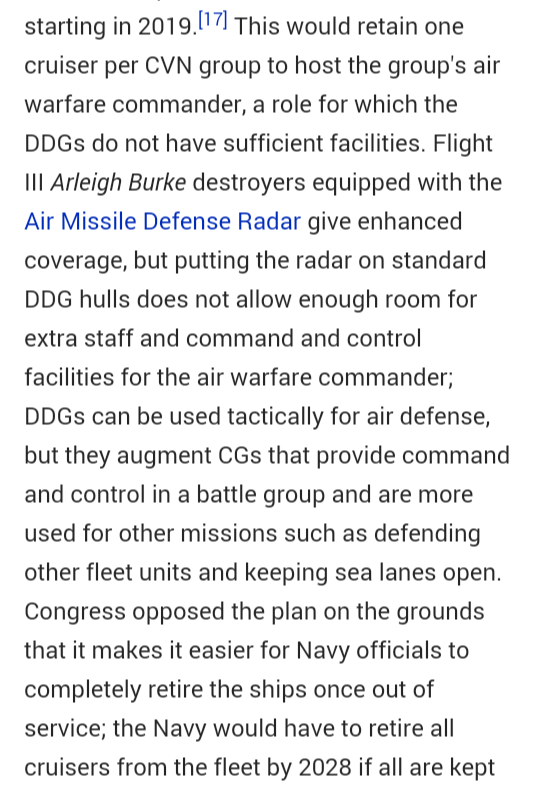 In addition to the above, the Ticonderoga is a large vessel suited for open ocean, while the Burke is more of a littoral combatant.

The important feature of both vessels was AEGIS, which is a missile system capable of engaging over 50 targets at once. In emergencies, a single button press would fire a missile at any detected target not confirmed friendly using a volley of launches from the Vertical Launch System (VLS). 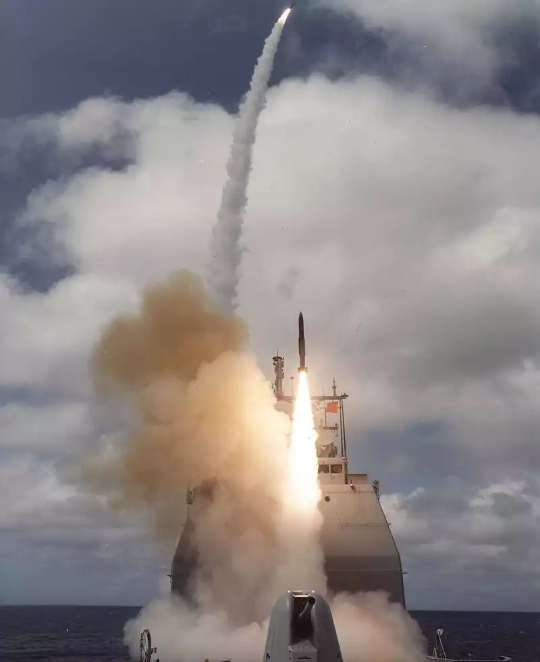 Note however that early Ticonderogas did not have VLS and instead had a single SM-2 mount, without this volley fire capability: 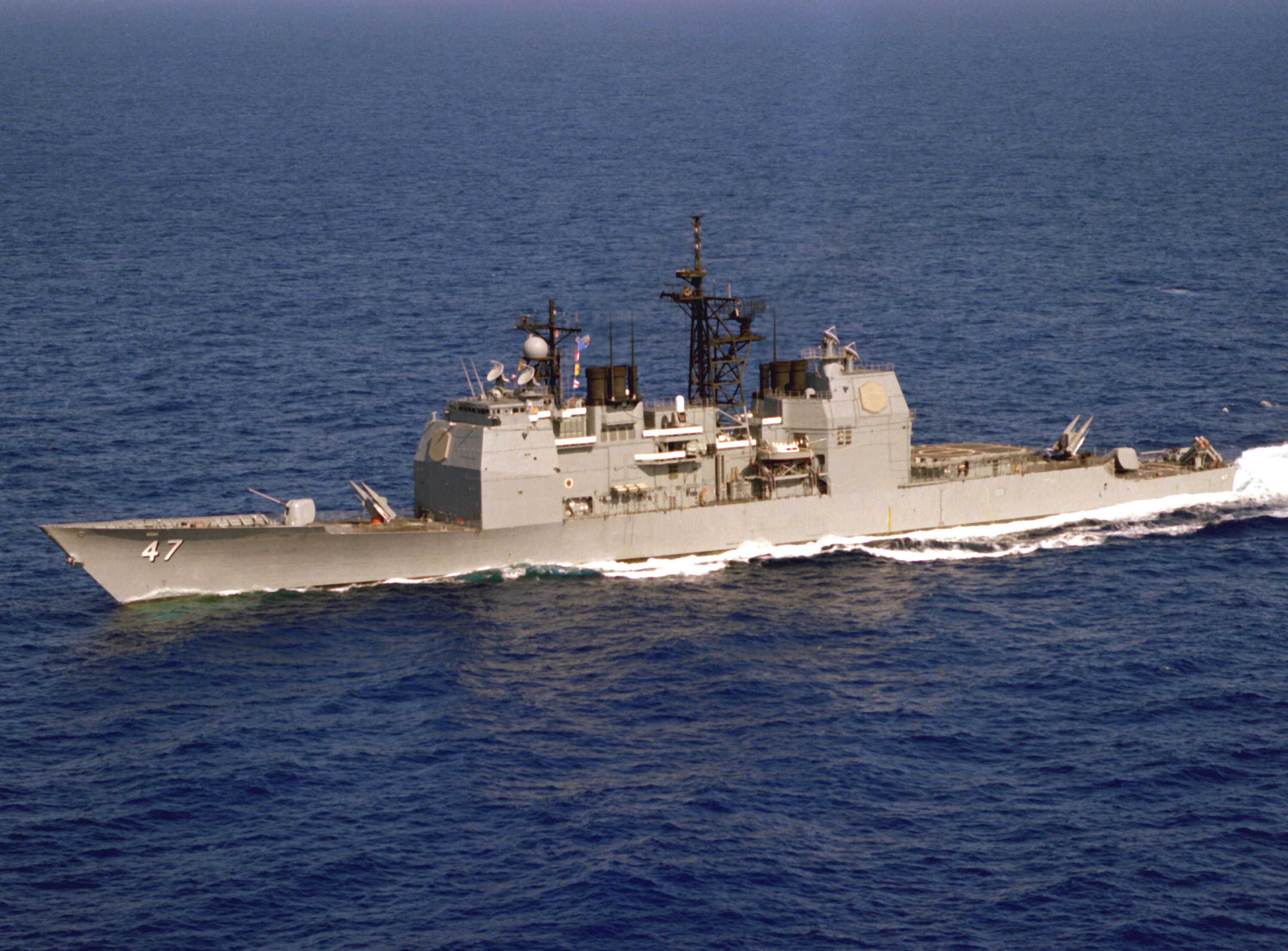 AEGIS was in response to the highly capable Soviet bombers coming out, with AS-4 and AS-16 air to surface missiles, which would overwhelm US fleets with huge volleys of these weapons. These missiles were not trivial to jam as the earlier Styx missiles used in Arab-Israeli conflicts and would have to be shot down using a long range missile more deadly than earlier SAMs such as Terrier.

AEGIS was designed to data link with the Hawkeye, Nimitz class, and F-14 Tomcat systems then coming out, to provide comprehensive air defense of the fleet against these new threats. 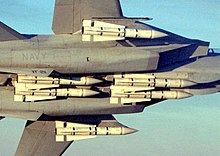 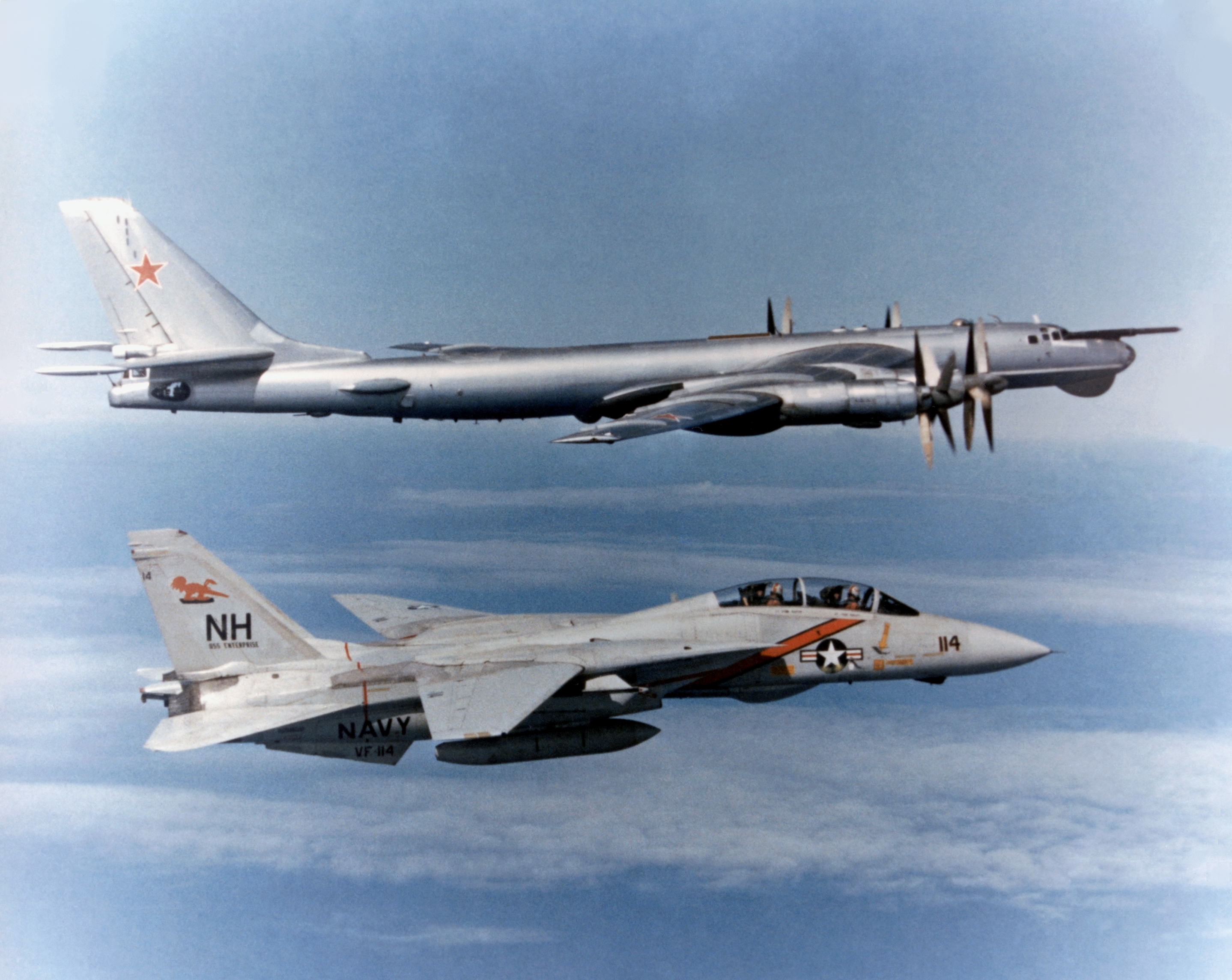 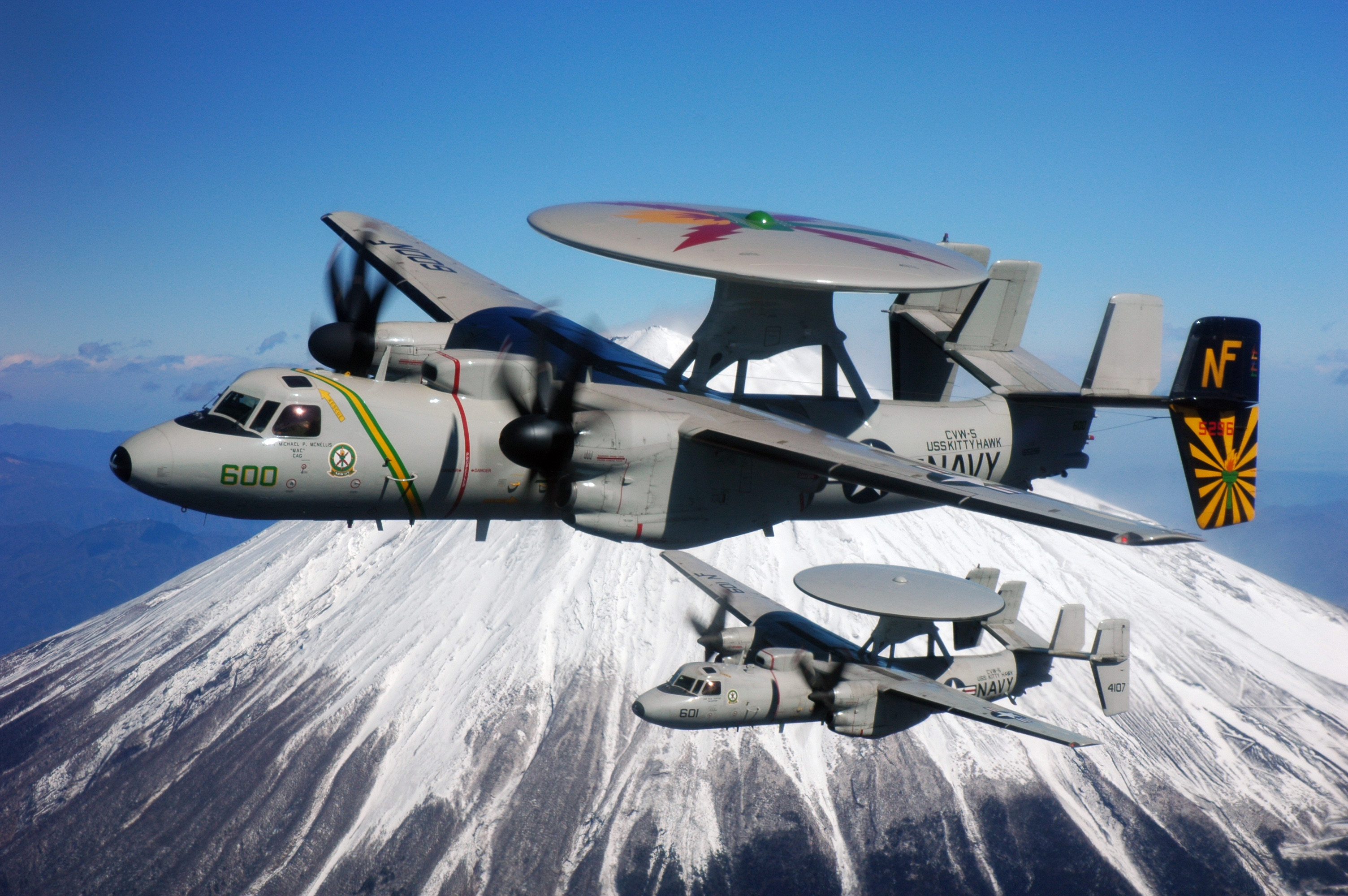 The E-2 Hawkeyes would provide an Airborne Warning And Control System (AWACS) which would alert the rest of the fleet. Tomcats would scramble to intercept the bombers. AEGIS would down any missiles that got through. The Nimitz carriers would coordinate everything through their onboard Combat Information Center (CIC). These systems would all network together to defend the fleet. AEGIS has its own CIC as well, in case it needs it. The Arleigh Burke was introduced after the Ticonderoga class. It was an upgraded version incorporating stealth features, such as a radar deflecting design and radar absorbment materials.

The Burke has a CIC. It is placed lower on the waterline than the Ticonderoga, and is thus more protected from an above-waterline missile hit. 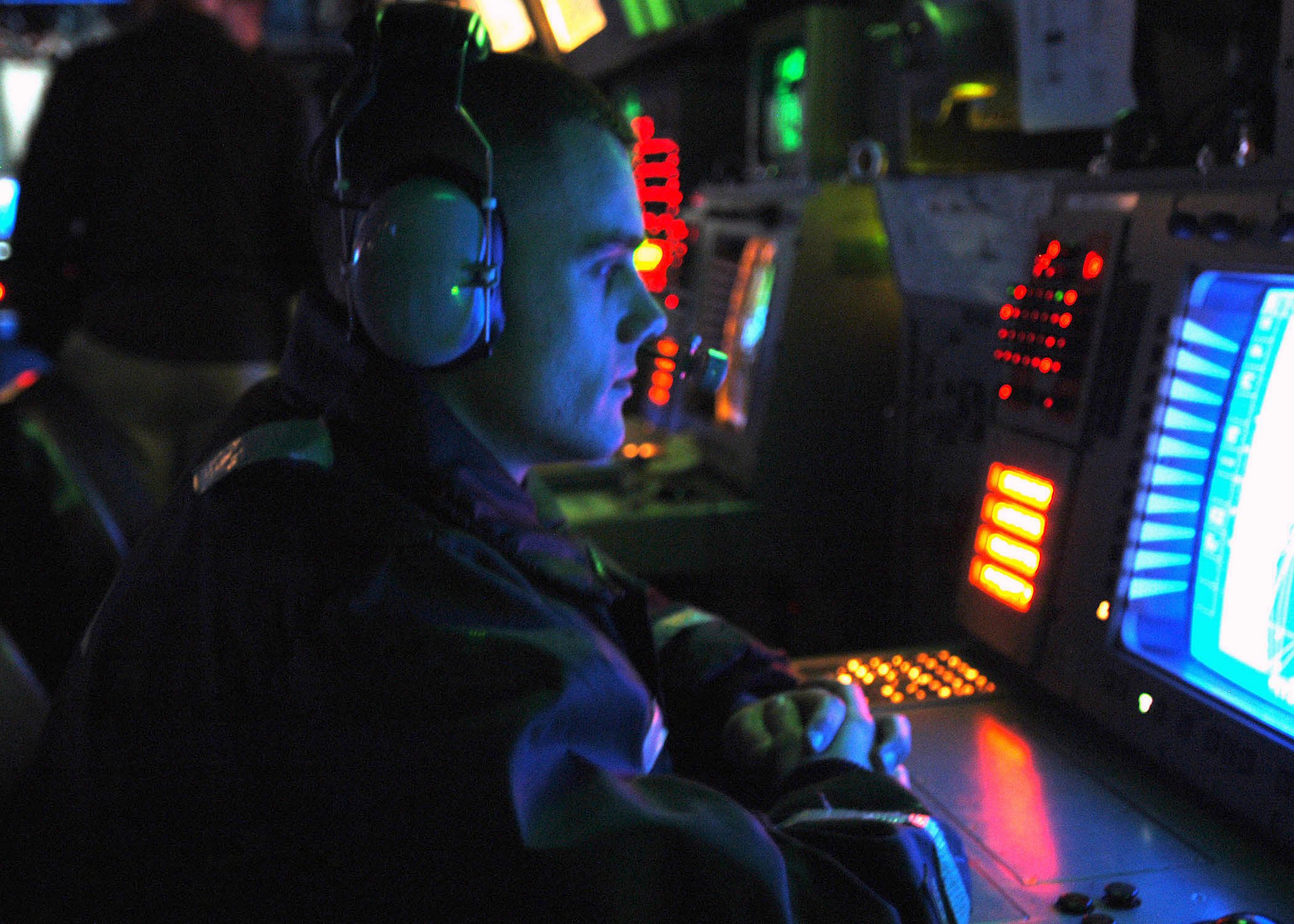 The Alreigh Burke is being upgraded to carry SM-6 missiles, which Raytheon claims is capable of intercepting tactical balistic missiles such as the SCUD. 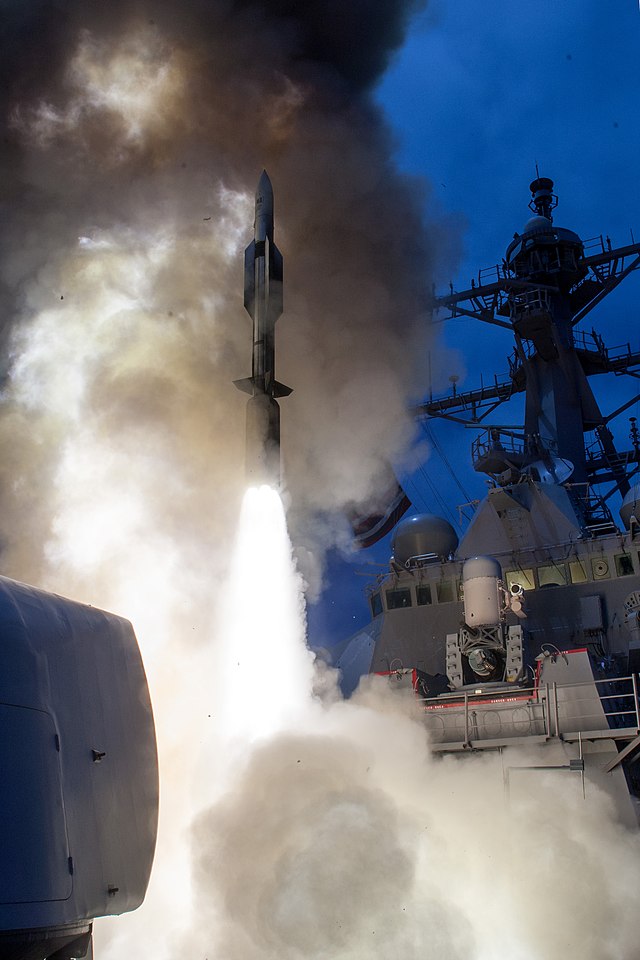 The Alreigh Burke and Ticonderoga carry the same weaponry. The Ticonderoga is larger and suited for open ocean warfare. The Burke is suited for littoral combat in shallow waters, such as the Persian Gulf or Taiwan Strait.

Note that both ships have Tomahawk, Harpoon, ASROC, and 5 inch guns to engange surface (or subsurface, for ASROC) targets. The ships also carry an antisubmarine warfare helicopter carrying torpedoes, and Phalanx Close In Weapon System (CIWS) 20mm cannon as a last line of defense.

The Ticonderoga class was ordered in the 70s as a multi-mission guided missile cruiser capable of handling just about any mission a warship might be asked to do: air defense, tactical and strategic strike, anti-submarine warfare, carrier escort... It was built on the existing Spruance class destroyer hull. (Despite being a destroyer, Spruance destroyers were cruiser-sized; the destroyer/cruiser designation is more about role than size anyway.)

By the late 70s the Ticonderoga ships were considered too expensive to keep building (navy.mil says "about $1 billion each" but doesn't say what year's dollars those are). Their Spruance hull could no longer be easily upgraded with all the topside electronics. A new class was needed.

The Arleigh Burke class was designed to be a cheaper alternative to the Ticonderoga on a new hull with more potential for upgrades but with the same capabilities and still mounting the revolutionary AEGIS Combat System. In the early 90s the last Ticonderoga cruiser was commissioned, whereas the first Arleigh Burkes were just coming into commission.

Not the answer you're looking for? Browse other questions tagged military naval weapons or ask your own question.

8
Were there bows employed by tribes living in the desert, and if so, what were they made of?
19
Was the US Navy larger in 1917, and if so, why?
31
What was the role of the Soviet Navy during WWII?
18
Did the US and Soviet navies really come close to blows in the Indian Ocean in 1971?
2
What were Yamamoto's intentions when the Japanese Navy attacked Colombo, Sri Lanka, in1942?
4
Were commandants in Kamchatka from the Army or the Navy?
3
What were the requirements for Iron Cross first and second class?
7
Why was a small vessel tied to the deck of the USS Oriskany during scuttling?
12
In World War II, why was the ratio of killed to wounded of the Royal Navy twice that of the US Navy?
7
Why was the first production PzKpfw V (Panther) called the Ausf.D, and the second production version called the Ausf.A?