Are there any misunderstandings in history that were resolved in the 20th century?

I'm looking for an example of historians disagreeing over the same facts, but later on, the disagreements dissapear because new facts/more evidence has surfaced. It has taken me forever to try and come up with such an example, and I was hoping someone in here could help me.

Edit: Thanks so much for all your answers, but I think I need to be more specific. The historians have to have disagreed over the SAME facts (very important) before they nullify their disagreements because of new evidence surfacing. Just like people disagreeing with the Greek astronomer that the world was actually round and not flat, even though they could see his evidence. Later on, everyone came to accept the world was round because of more and more evidence for this.

Exploration of the Gobekli Tepe archaeological site in Turkey from the 1960's to the 1990's revealed that monumental construction predates the development of agriculture, rather than the other way around (which was the previously prevailing viewpoint).

Edith Cavell Was A Spy After All

Edith Cavell was a British nurse in occupied Belgium during WWI. She was tolerated by the German occupiers as a nurse by helping wounded on both sides, even though it was technically in violation of German occupation law. But she was also smuggling Allied soldiers caught behind the lines out of the war zone via Holland.

Cavell was arrested by the Germans and charged with harboring Allied soldiers as well as accusations of using her status as a nurse to spy on the Germans. She confessed to harboring, not to the spying, and was swiftly executed. While there was discussion of pardoning her for her honesty and medical service, the Germans, generally, saw no problem with executing the enemy to protect their soldiers and state.

General Moritz Von Bissing, Military Governor of Belgium who signed the warrant for her execution, said...

This Cavell woman... had guilty knowledge of much of their [British espionage] work. Such a system of spying assails our very safety and we proceeded to stamp it out,"

This was used as Allied propaganda to show how barbaric the Germans were, "The Murder Of Edith Cavell". Cavell was held up as a selfless woman and nurse risking her life behind enemy lines to do her duty to save lives, even of the enemy. Allegations of spying were denied. 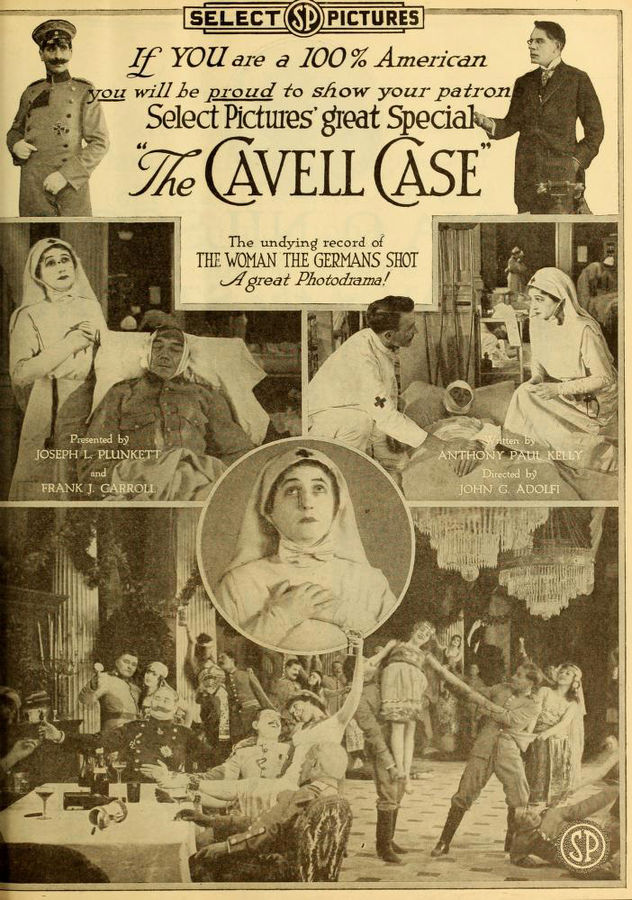 Just last year, Dame Stella Rimington, former Director General of MI5, asserted that Cavell was also a British spy. She, or at least her network, was passing along intelligence about German positions to the British.

We may never know how much Edith Cavell knew of the espionage carried out by her network. She was known to use secret messages, and we know that key members of her network were in touch with Allied intelligence agencies.

Her main objective was to get hidden Allied soldiers back to Britain but, contrary to the common perception of her, we have uncovered clear evidence that her organisation was involved in sending back secret intelligence to the Allies.