After Jesus was executed what became of Pontius Pilate

After all of the unrest in the area did Pontius Pilate resolve the issue by the death of Jesus Christ. Historically what became of Pontius Pilate. 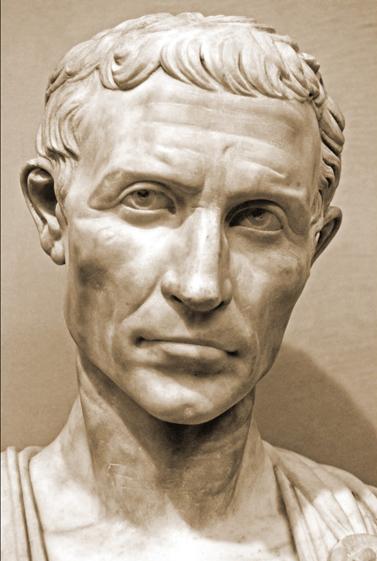 The best and most accessible recent historical account I know of for the historical Pilate is Reza Aslan's Zealot*. Here's a portion of what he wrote near the beginning of Chapter 5 of Pilate's story after the Crucifixion of Jesus:

Three years after that, in 36 C.E., a messiah known only as "the Samaritan" gathered a group of followers atop Mount Gerizim, where he claimed he would reveal "sacred vessels" hidden there by Moses. Pilate responded with a detachment of Roman soldiers who climbed Gerizim and cut The Samaritan's faithful multitude to pieces.

It was that final act of unrestrained violence on Mount Gerizim that ended Pilate's governorship in Jerusalem. Summoned to Rome to explain his actions to the emperor Tiberius, Pilate never returned to Judea. He was exiled to Gaul in 36 C.E.

It should be noted that non-Biblical accounts portray Pilate as a tough law-and-order type, not a weak-willed pushover like some of the Gospels do. Aslan's historical explanation for this is that the "audience" for the Gospels was chiefly Roman citizens, not Jews, so it would have better served their purpose to make the main villain of the Crucifixion Jews rather than Romans. This method of execution was used exclusively by the Romans, almost always for challenging the State. What records we have for Pilate show that, Gospels aside, he was quite enthusiastic with his application of it.

* - That doesn't mean its uncontroversial. Any historical analysis that dispenses with Biblical inerrency as an analysis tool will inevitably suffer a lot of pushback.

Very little is known about this Roman soldier who became the fifth Prefect of Judaea between 26 and 36 A.D., serving under Emperor Tiberius. Philo of Alexandria, Josephus and Tacitus mention him in their writings. An inscription known as the Pilate Stone, discovered in June 1961, confirms his historicity and establishes his title as prefect. It was discovered in June 1961 in the coastal town of Caesarea, which was the capital of Iudaea Province during the time Pontius Pilate was Roman governor. Source: http://en.wikipedia.org/wiki/Pilate_Stone

Based on these sources, it appears that Pilate was an equestrian of the Pontii family, and succeeded Valerius Gratus as prefect of Judaea in AD 26. Pilate offended the religious sensibilities of his Jewish subjects. According to Josephus, he was ordered back to Rome after harshly suppressing a Samaritan uprising, arriving just after the death of Tiberius (on 16 March 37 AD).

Was Pilate exiled to Gaul? Eusebius, quoting from apocryphal accounts, said that Pilate suffered misfortune in the reign of Caligula (37 - 41 AD), was exiled to Gaul and eventually committed suicide in Vienne. Agapius of Hierapolis (10th century historian) said Pilate committed suicide during the first year of Caligula’s reign (37-38 AD). Another legend places his death at Mount Pilatus, in Switzerland. There are many other stories about Pilate, but none can be corroborated.

Not the answer you're looking for? Browse other questions tagged ancient-rome religion jews christianity jesus or ask your own question.

13
Are these remarks by Napoleon on Jesus genuine?
13
Was Jesus thought to be Jewish before the Renaissance?
18
What historical evidence is there for the existence of Jesus Christ? What do we know about him?
6
Was the divinity of Roman Emperors taken as seriously as the actual Pagan Gods by other religious communities?
11
Would the trial of Jesus of Nazareth have been recorded on an Acta Diurna?
7
Did any contemporary sources write about Jesus?