When did Galilee become part of Iudaea? When did it become separate?

According to Wikipedia, Galilee "briefly became a part of it[i.e. Iudaea province], then separated from it for two to three centuries". When did these two events happen? Sources encouraged.

According to Wikipedia, after the death of King Herod Agrippa in 44CE Galilee and Peraea were incorporated into the province of Iudaea.

Over the next century there were no less than 3 major Jewish revolts. The last one was such a serious blow to Roman prestige that when Emperor Hadrian finally suppressed it, he decided the best way to prevent any further recurrence was genocide. Judiaisim was outlawed, the province and its Jewish name were wiped from the map, and its territory combined with Syria into Syria Palestina. In 193 Syria-Coele and Syria Phoenice were split from that. Its tough to tell on the rough maps I have access to, but it looks like the latter of the two new territories contained Galilee (or at least parts of it). 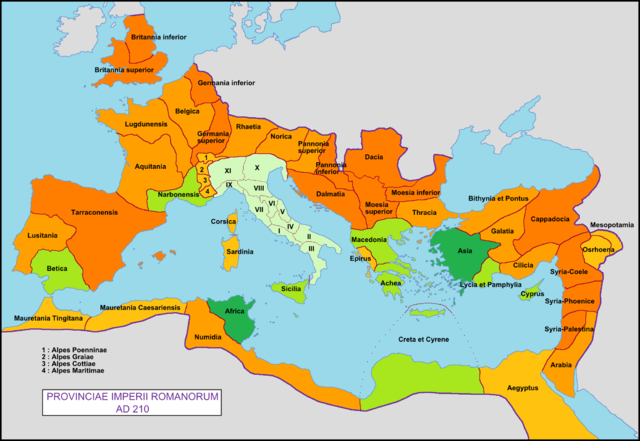 Not the answer you're looking for? Browse other questions tagged roman-empire jews 1st-century or ask your own question.

35
Did the communication lag become a problem for the ever expanding Roman Empire?
5
What is the origin of the myth of St. Valentine?
18
How rich were carpenters in Roman Galilee in the 1st century AD?
14
How did the Emperor Titus die?
18
Why would Jesus' parents travel to their birthplace for a Roman census?
3
What factors contributed to the United States having a larger proportion of Jews than other British colonies?
5
Which months were added during the Roman Empire?
9
Why did Constantius Chlorus decide to become a Flavius?
20
How did Christianity replace Roman Paganism and other ancient religions?