Why was there a 2nd version of the Molotov-Ribbentrop Pact that gave Lithuania to USSR?

I was shocked to read this at Wikipedia's article on the Molotov-Ribbentrop Pact:

Lithuania, adjacent to East Prussia, would be in the German sphere of influence, although a second secret protocol agreed to in September 1939 reassigned the majority of Lithuania to the USSR.

Emphasis mine. The article has a cite for it too.

Why the revision? Why so quickly? What prompted this change and why was it agreed to?

I'll also note that this was before the Winter War (Soviet invasion of Finland, begun 1939 Nov 30) that proved so disastrous, so it's not like they traded Finland for Lithuania.

On September 25, 1939, Stalin suggested to German ambassador the exchange of Lithuania for areas near Lublin and east of Warsaw. (Weinberg, p. 59)

The secret protocol was signed to that effect on September 28.

The stated reason for the exchange was the public "explanation" of Soviet invasion, which tied it with protection of minorities (Ukrainians or Belorussians, the ethnicities prominently present in Soviet Union) and there were no such in the Lublin area or Warsaw area. (Marples, p. 108)

As a small side note, a bit of Lithuanian territory (Mariampol) was left in the German sphere of influence. 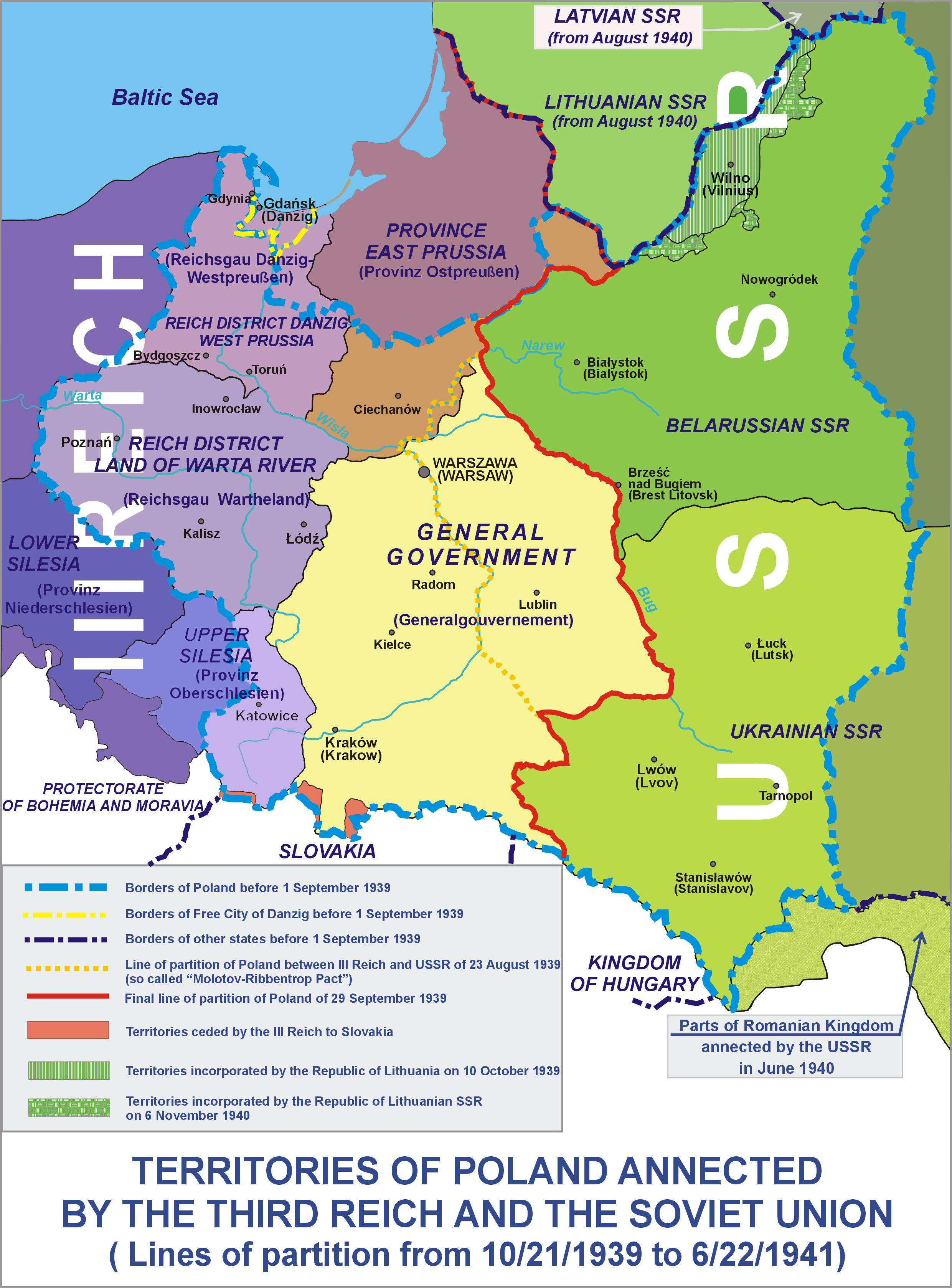 The basic problem that revision was solving was that the Germans by that time had invaded Poland, and had taken more territory than was allotted them in the original agreement.

They couldn't just give it to Russia. From the Russian point of view that would prove the two were working together, and from the German point of view, Hitler was not the kind of guy to be happy to give away hundreds of square miles of land his armies were already occupying.

18
Is Snyder's claim about Soviet-German friendship propaganda posters (1939‒41) supportible?
9
How did the KPD relate to the German state during the Molotov-Ribbentrop pact?
9
In the Molotov-Ribbentrop Pact, was there any secret agreement on the timetable, if any, of taking the spheres of influence?
3
Why did the Soviet–Japanese Neutrality Pact take 2 years to sign after the Battle of Khalkin Gol?
4
Did the USSR pledge support to Czechoslovakia before the Munich Agreement?
2
Articles 3 & 5 of the Tripartite Pact are unclearly formulated. Was this standard for the period?
17
What do we know about Hitler/OKW's plans concerning USSR if Molotov/Ribbentropp Pact hadn't happened?
24
Why was the Red Army successful against the Japanese in 1939 but perform poorly against Finland 1939-40 and early part of WW2?