What is this sword?

I've been trying to identify this sword/knife (it's quite short) for sometime and no one has been able to tell me anything about it. A friend brought it home from Indonesia and gave it to me, I think the handle is ivory, it has no markings.

The blade is 16" overall 20". Trying to find out what you would call it, The age of it roughly and the history behind it.

Any help is greatly appreciated. Thanks 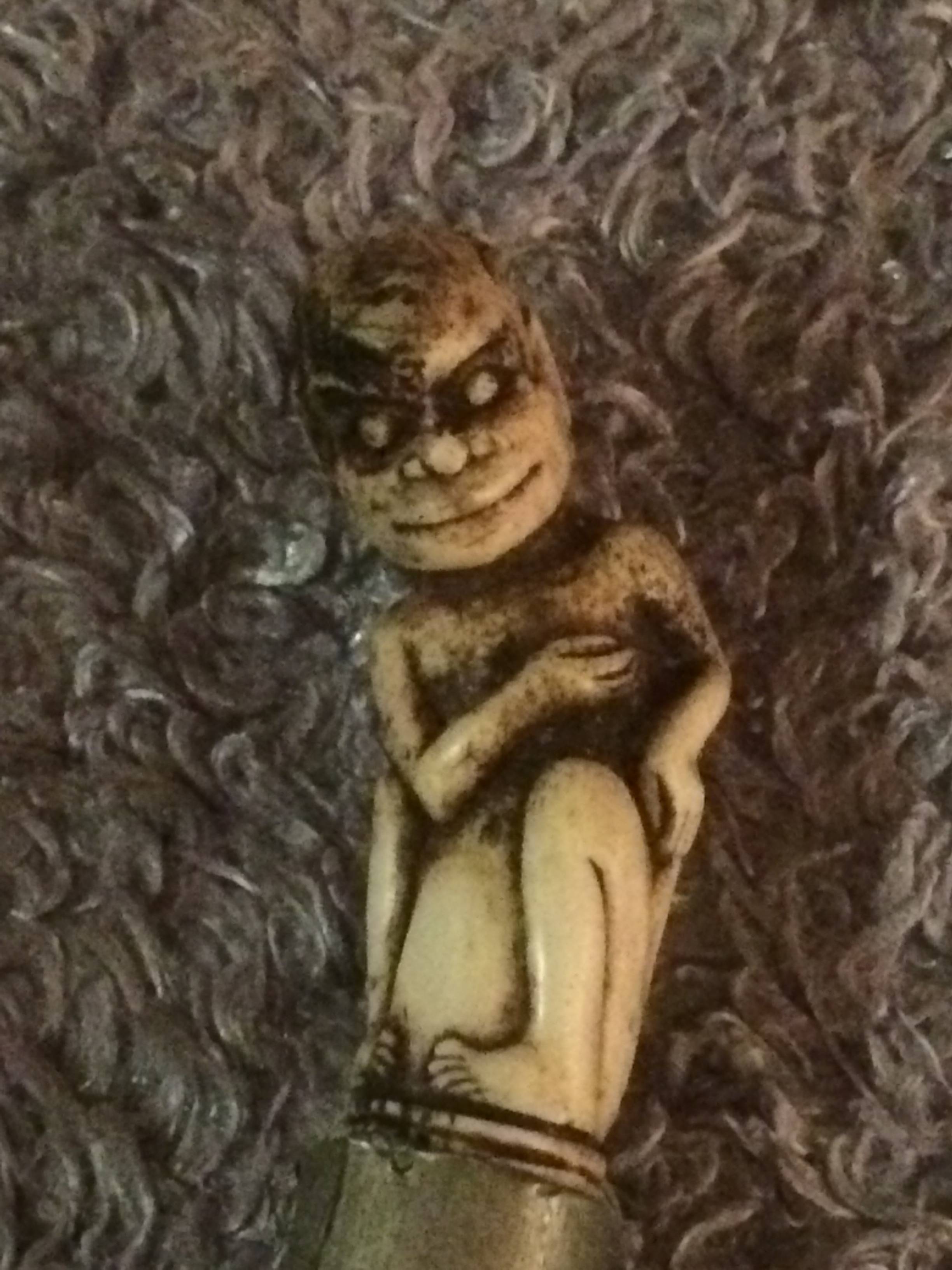 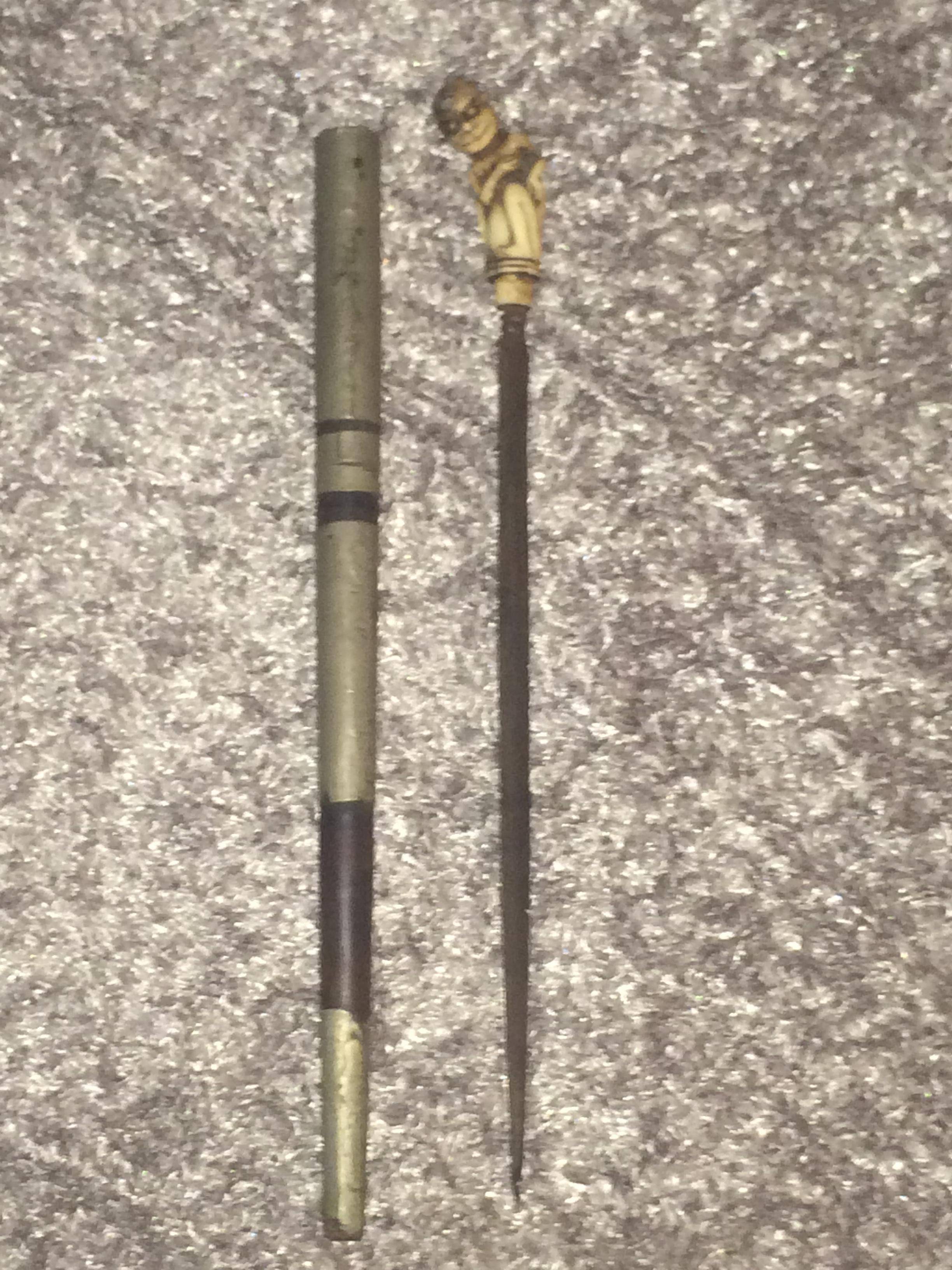 Definitely looks like a stabbing weapon. I think Europeans would call/would have called this a long dagger, but in Indonesia I think these were often called swords (short ones, but still).

It bears a lot of resemblance to a kris, e.g. the length is about the same, and the handle being slightly curved, even pistol-gripped in some kris, is also a similar element. Obviously the country of origin matches up. While kris are usually thought of as wavy-bladed in popular culture, they were originally straight, and some still are - see some of the later pictures on that page, or e.g. this video. Even the posing & style of the handle carving resembles this Balinese kris to me. There are significant differences too, namely there being none of the typical guard-like widening at the base of the blade, and the sheath is also missing the wider mouth to accommodate that wider blade portion. All in all, I'd probably call it a Kris, although it could also be some closely related weapon from a nearby area - however, see my next point.

Now I really don't know anything about how to judge the age, quality etc. of antiques, but my guess is this is a mass-produced specimen. It's not as fancy as the articles that show up on antique dealers' websites etc., and this could explain the simpler construction and craftsmanship of the base of the blade, sheath, and the handle.

P.S. Would be nice to get an image that was actually properly lit and with good focus.

Not the answer you're looking for? Browse other questions tagged identification sword indonesia or ask your own question.