Can it be claimed there were Bulgarians in the Balkans before 681 AD? 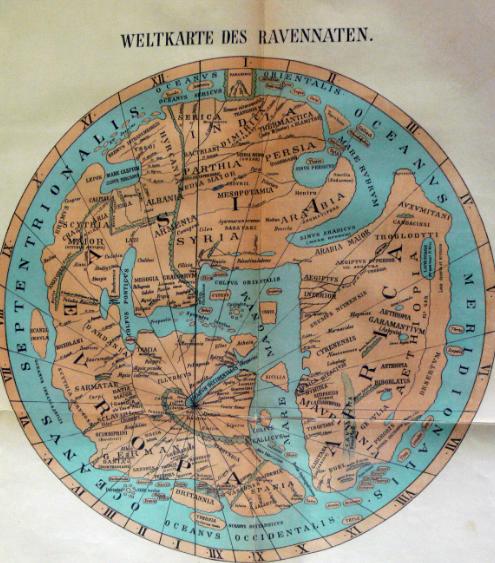 The label Bulgari on the same Balkan area: 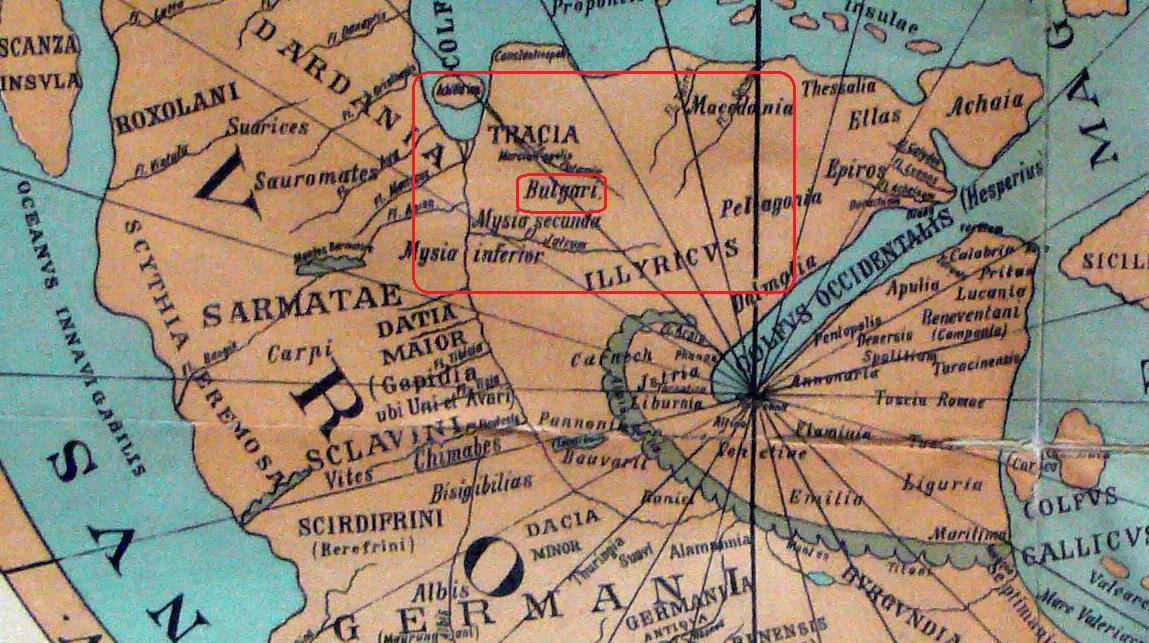 Now, the existence of Old Great Bulgaria dates back to (at least) 632 AD (if we don't consider the Nominalia of the Bulgarian khans)and its location is on the Western Pontic–Caspian steppe which is far away from the Balkan Peninsula.

Having this in mind, could it be claimed that there were Bulgarians in the Balkans long before the "...Bulgar tribes under the leadership of Asparukh moved south across the Danube in 681 AD..."?

If by "Bulgarians" you understand Slavic people living south of the Danube around the Balkan mountains (today's Bulgaria), then yes, such people already existed there — and not only there (and there not only them) — about 60-70 years before Asparukh, but under a different name in a country that was called differently.

could it be claimed that there were Bulgarians in the Balkans long before the "...Bulgar tribes under the leadership of Asparukh moved south across the Danube in 681 AD..."?

Claiming that would be very odd, even absurd. But not completely absurd.

For that we have to forget about those maps. Arguments based on them are not only dubious, but useless. The name “Bulgar” entered Europe with the Bulgar Oghur Turkic invaders, and the date of their first invasion is not a matter of doubt. The country they conquered in the Balkans was called Bulgaria because of them and only after their coming there. After that, the Slavic-speaking people already present there started being called “Bulgars” too, and the present Bulgarians are much more the descendants of those Slavic people. So, in a sense those "Bulgars" or "Bulgarians" were indeed present in Bulgaria before Asparukh, only they were not called that, but simply Slavs. They are the ones that in spite of being conquered have finally imposed their language, because they were much more numerous. Thus, present Bulgarians are closer to them than to Asparukh’s people.

I could make a comparison to the case of Romanians. Wallachia and Moldavia had been occupied by Cumans, and Wallachian ruling dynasty as well as first polities there might be related to them. But they didn't endure enough to give their name to the country. By the time the Romanian states were created Cuman prestige had faded away enough so that the countries got other names (Wallachia from the name of those speaking a Romance language, Moldavia from a river). Had Cumans been as successful as the Bulgars, we might be calling the Romanians “Cumans” these days, the way some Slavic-speaking people are called “Bulgarians” and some Romance-speaking are called “French” (from Franks). Had the Bulgars been as unlucky as the Cumans, the Slavic — and more numerous — people they occupied might have imposed their name onto the country, the way Slovaks and Slovens did. — On the other hand it is worth mentioning that at the time of the Bulgarian empires a lot of Slavic-speaking people (what we now would call "Bulgarians") lived north of the Danube, while a lot of Eastern-Romance-speakers (probably descendants of Latinized Thracians, close to present "Romanians") lived south of the Danube (these, at political level, as well as Cumans, at military level, were very important in the restoration of the second Bulgarian empire). The "mixture" of neighboring peoples is usually rather similar; the language difference may be more or less related to that, and may have various causes.

Otherwise, this question seems like asking if there were any “French” in Gauls before the Franks, or "Russians" in Russia before "the Rus".

Yes, there are numerous sources pointing to Bulgarian people in this region long before the officially accepted 681 year. You can check Saint Jerome's map who lived in 4th century. On the map there is a label - Mesia hec & vulgares which is roughly translated as Moesia here also Bulgaria.

The map is a copy from 12th century which is used as an excuse to claim that this was added later. Note that the authenticity of the copy is not questioned and during the 12th century Bulgarian lands are under Byzantine rule and Bulgaria does not exists as a country.

But even without this map, there are plenty of other Latin and Greek sources mentioning Bulgarians living on the Balkans before 7th century. Here you can check some of these sources.

You can also check this genetic study from 2013 which brings forth some very interesting questions about who exactly are the ancestors of modern day Bulgarians.

And because people tend to ignore external links, I will add some citations:

This can be roughly translated as :

or this one from The Chronicles again:

This can be translated as

And it is not only Marcellinus Comes, there are also Anastasius Bibliothecarius, Jordanes, John Malalas and others. And while their records do not show firm Bulgarian establishment it is quite clear that Bulgarians have frequented Thrace long before 681.

So obviously I cannot agree with other answers that the date when Bulgarians came on their present day state is well established. It is not. Also we cannot talk about Slavs during 5-8 century. Present day people living on this land never called themselves Slavs. This term appeared much later (16-17 century) to describe all people using Cyrillic alphabet and of course they do have something in common, but this is an entirely another discussion.

Not the answer you're looking for? Browse other questions tagged early-medieval the-balkans bulgaria or ask your own question.

18
How were the Bulgarians regarded by the Nazis during World War II?
32
Why were Albanians the only nation in the Balkans who converted to Islam during the Ottoman occupation?
9
Where did Metternich say the Balkans began?
18
How many barons were there in feudal 10th century France?
0
What was the name for the region before it was "the Balkans"?
8
Why were there "Tributary States" to the Ottoman Empire?
7
What were the relations between Romania and Bulgaria before WWI?
14
Is there convincing evidence that the language of Bulgars (proto-Bulgarians) was not Turkic, but Indo-European?
3
Are there any contemporary diaries about the Yugoslav Wars?