What is the origin of this pre-industrial naval depiction

I'm neither a history buff not an artist, so I apologise in advance for my poor descriptions.

I have recently come into possession of a painting depicting some naval ships, perhaps 19th century, sailing towards a coastal settlement. 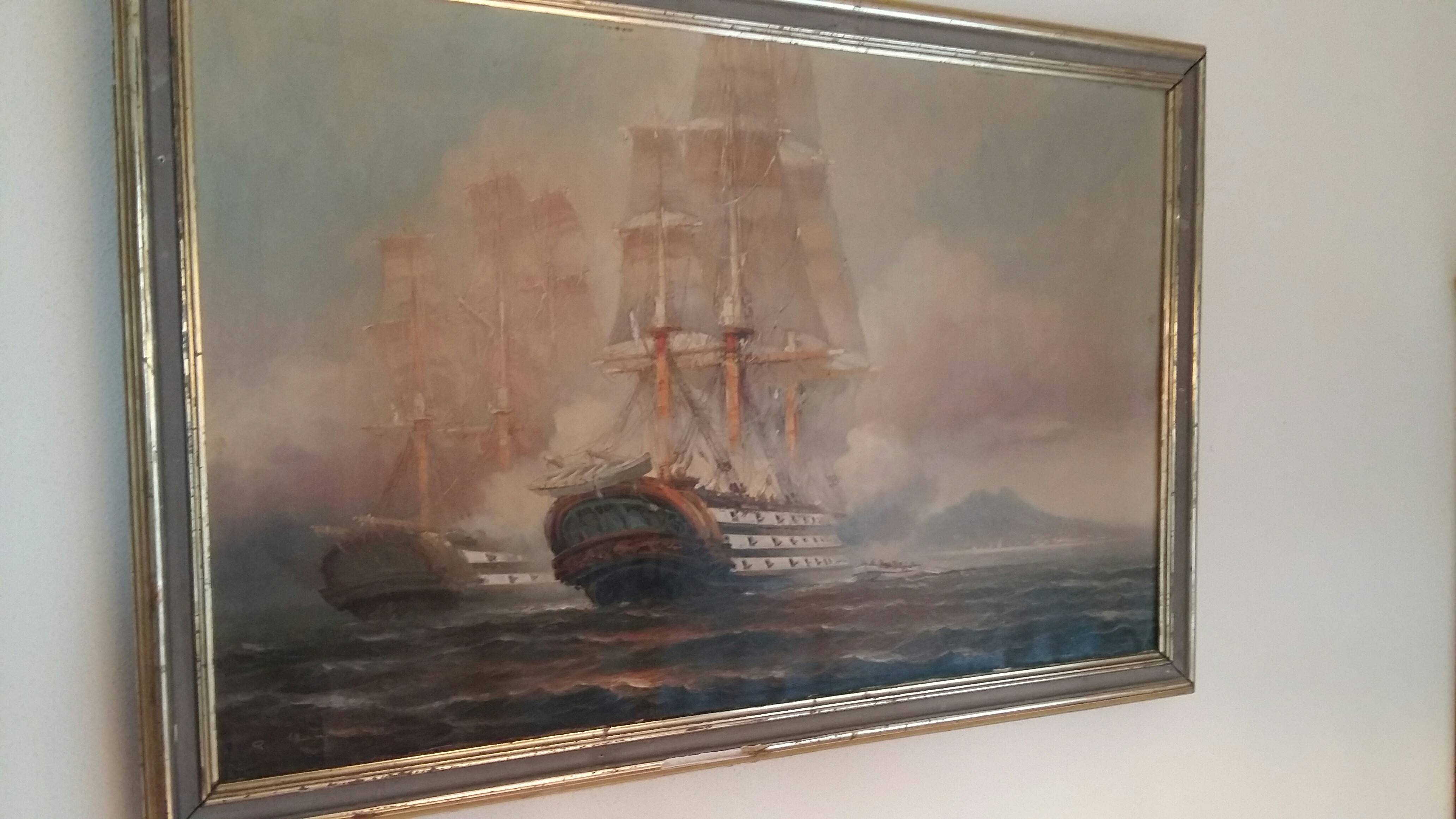 My late grandfather, through whom the painting came into our family, was a member of the German Luftwaffe, stationed in Bavaria and Italy for most of the war, until 1943. I suspect he would have acquired the painting before then, but I can't really be sure. I believe the painting was gifted to him some time in the 1930s-1940s, likely during the war.

The painting is inside a 100x70cm frame. I can't make out the signature, but have taken a photo of it: 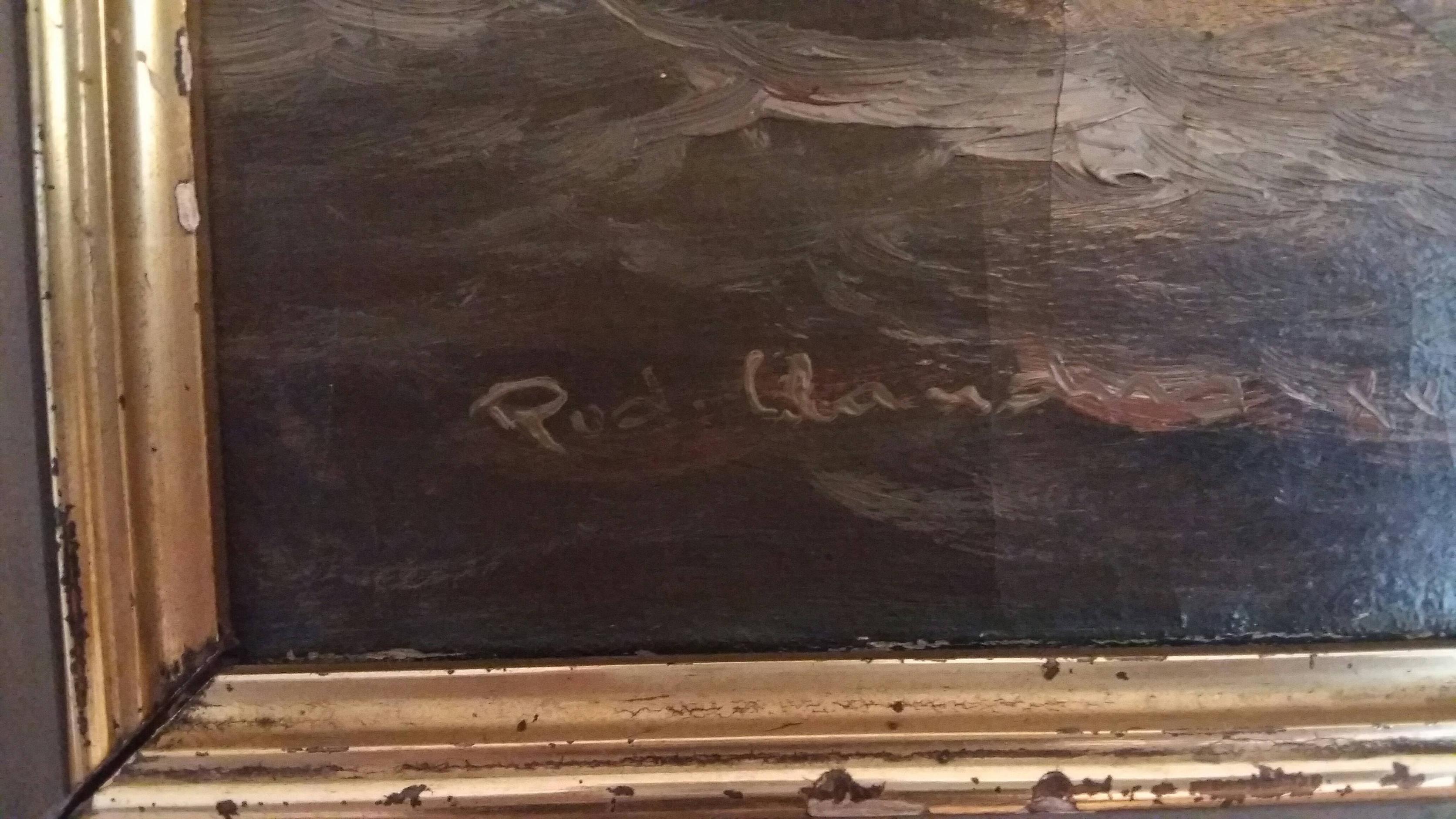 The first word might be Rudi or Rud, but I can't identify the surname. After the name is a number that looks like XXII.

Can anyone identify this painting, or the scene or artist?

Based on your reading of the signature I did some googling and can offer the hypothesis (just a guess, really) that the artist might be Rudolf Claudus. He was a naval painter of note who was particularly active in Italy during WWII so the timeline fits well.

I am not any kind of expert on art so I cannot say with any degree of authority whether your picture matches Claudus's style but looking with layman's eyes I think it might.

Perhaps there is more information on Clauus in Italian.

A tapestry sale add page which originally led me to Claudus (note that his name is misspelt there as Rudolph Clandus).

The painting is definitively from Rudolf Claudus, an Italian Navy officer and a great marine painter.

Your ancestor surely got it when based in Italy, probably bought it from the painter. There are 3 books on him printed by the historical institute of the Italian navy. An article on Claudus was published by the US Naval Institute (magazine Naval history) in October 1993. It is not common to find his paintings as he painted mainly for the Italian Navy. I have a similar painting to yours (I love his paintings). The Italian Navy HQ in Rome has some amazing artworks from him. There are roughly 2200 known paintings from Claudus

Not the answer you're looking for? Browse other questions tagged naval art napoleonic-wars or ask your own question.

12
Comparison of naval fleet strengths during the Napoleonic wars
10
What is the origin of the Flower of Life symbol?
9
Which US naval ship from 1905 is depicted on this photo?
4
What is the drawing in this ekphrastic poem?
5
What do we know about the squadron that evacuated Moore's force after Corunna?
25
Who are these red flag worshipers from these early maps?
4
What is going on in this depiction of a mosque scene?
6
Is the use of flamethrower style naval weapons depicted in this game accurate?
3
Can anyone identify this European ?naval uniform from photograph and likely date (belle époque)?)