How were settlers' houses in Kamchatka built?

As Imperial Russia settled Kamchatka, how did the new arrivals build their houses? Was construction identical to that of Siberia or were local adaptations made?

According to Archibald Campbell's account "A voyage around the world", the Petropavlovsk houses of Russians in 1807 were thus:

... with the exception of the Governor's house, [the town] consists of huts one story high, built of logs and covered with thatch. In a few of them the windows are glazed with talc, but more generally the intestine of the seal supplies the place of glass.

An 1805 watercolor which I think is by Tilesius shows these houses from the harbor: 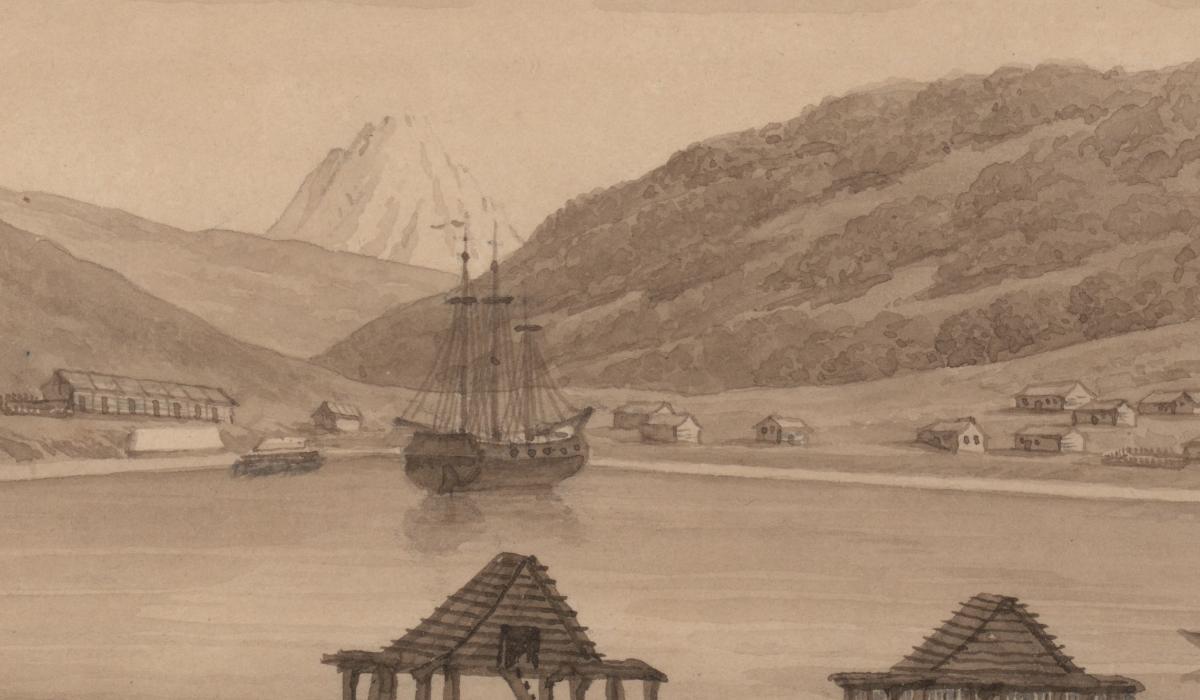 James Forsyth's 'A History of the Peoples of Siberia' suggests that settler constructions were similar to those used in Siberia.

Before the Russian's arrival (in the early eighteenth century) the local Itelman population lived in large villages. In summer they lived in:

... leaf-covered tent-like shelters standing on platforms raised well above the ground on posts.

Whereas in winter, they moved into:

... lodges half-sunk into the ground, with a timber frame covered with earth and a smokehole used as the main entrance.

As elsewhere the Russians initially operated from large forts which were easier to defend and could be readily supplied by ships along the coasts. However, as they became more secure and intermingled with the locals they spread out and built towns of log cabins.

By the beginning of the nineteenth century it was hard to find any Kamchadals of purely Itelman descent. All lived in log cabins, wore similar clothing, used the same implements, to some extent cultivated kitchen-gardens but lived mainly on dry fish, and were nominally Orthodox Christians.

As elsewhere local customs were subsumed by the military and social dominance of the Russian settlers.

Not the answer you're looking for? Browse other questions tagged russia 18th-century architecture settlement kamchatka or ask your own question.

21
Six pregnant maidens from Kamchatka
2
Did the Russian alcohol monopoly in the 1700s cover the whole Russian territory?
10
Why was the Kamchatka Regiment sent?
7
Were the officers assigned to Kamchatka being punished?
4
Which STD did adults & children have in Kamchatka?
5
What were Catherine the Great's orders to von Böhm?
22
Are there historical instances of settlers who were largely uncontacted and undisturbed after settling?