Star of the Allies

Which alliance is this?

The picture is from a hand stitched post card around the time of WWI. Can't figure out when these five nations (assuming the black/yellow is some form of Germany), would have been allied together in that time period. 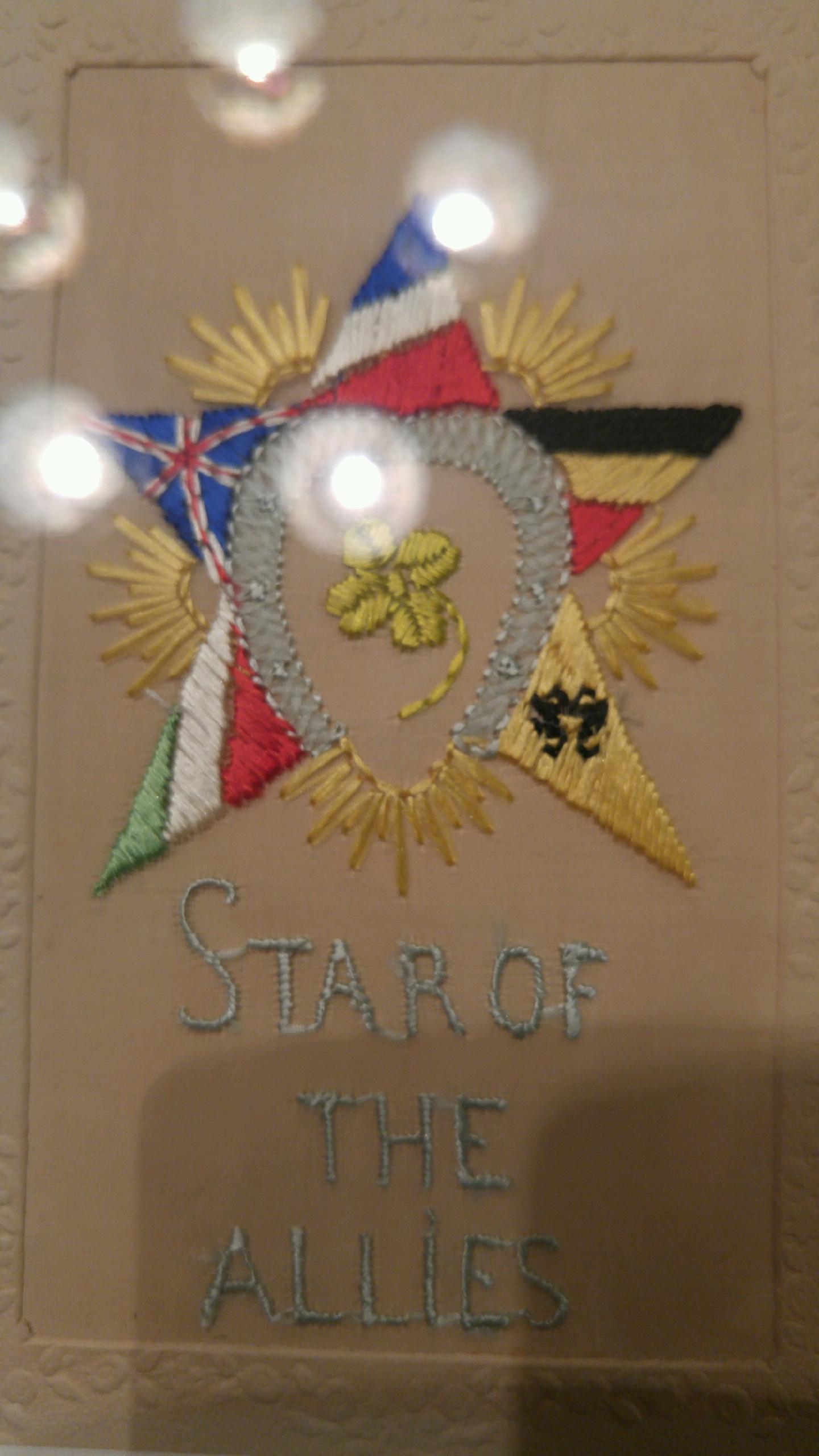 Clockwise from the top of the star (left side of the picture) - France, Belgium, Russia, Italy, UK

Which corresponds to the major Allied Powers in WW1 before the entry of the United States and the exit of Russia. The Russian Symbol is a bit hard to identify, but it was probably chosen to differentiate the Flag of Russia from the French Tricolor, since the orientations of the flags seem variable for this card.

The nations in question would appear to be (clockwise from the "S" in "Star") Italy, the United Kingdom, France, Belgium, and (edit: Russia). The Russian symbol is based on the Imperial Standard, rather than the national flag, because the national flag had the same colours as France.

The colours of WWI Germany were black, white and red, rather than black, red and gold. The card presumably predates the USA joining the war. There were several other Allied countries at various times.

Not the answer you're looking for? Browse other questions tagged europe world-war-one flags or ask your own question.

15
What did men wear at night in the Middle Ages in Europe?
7
What was Pope Innocent III's response to the Children's crusade led by Stephan of Cloyes?
9
How did the US fall behind in airplane technology from 1909-1917?
50
How was Germany able to hold itself together, while Austria-Hungary could not?
6
Why did European writers and artists continue to depict the Moors as being black skinned, even though they were mostly Berbers and Arabs
4
Was Woodrow Wilson really a Liberal?
76
Is there any evidence to support the claim that the United States was “suckered into WW1” by Zionists, made by Benjamin Freedman in his 1961 speech?
2
Was the Kerensky Offensive doomed from the start?