Under what legal theory was Mary Surratt hanged as an assassin of President Lincoln in 1865?

According to every source that I found so far, the only reason Mary Surratt was convicted of taking part in the assassination of Abraham Lincoln was that the murder conspiracy was plotted in her boarding house.

What other reasons were given for the conviction and execution of Mary Surratt—the first woman ever executed by the United States? It would seem that owning the boardinghouse in which John Wilkes Booth lived was not enough reason to convict Mrs. Surratt to death (see images), especially since she insisted on her to innocence to the end. 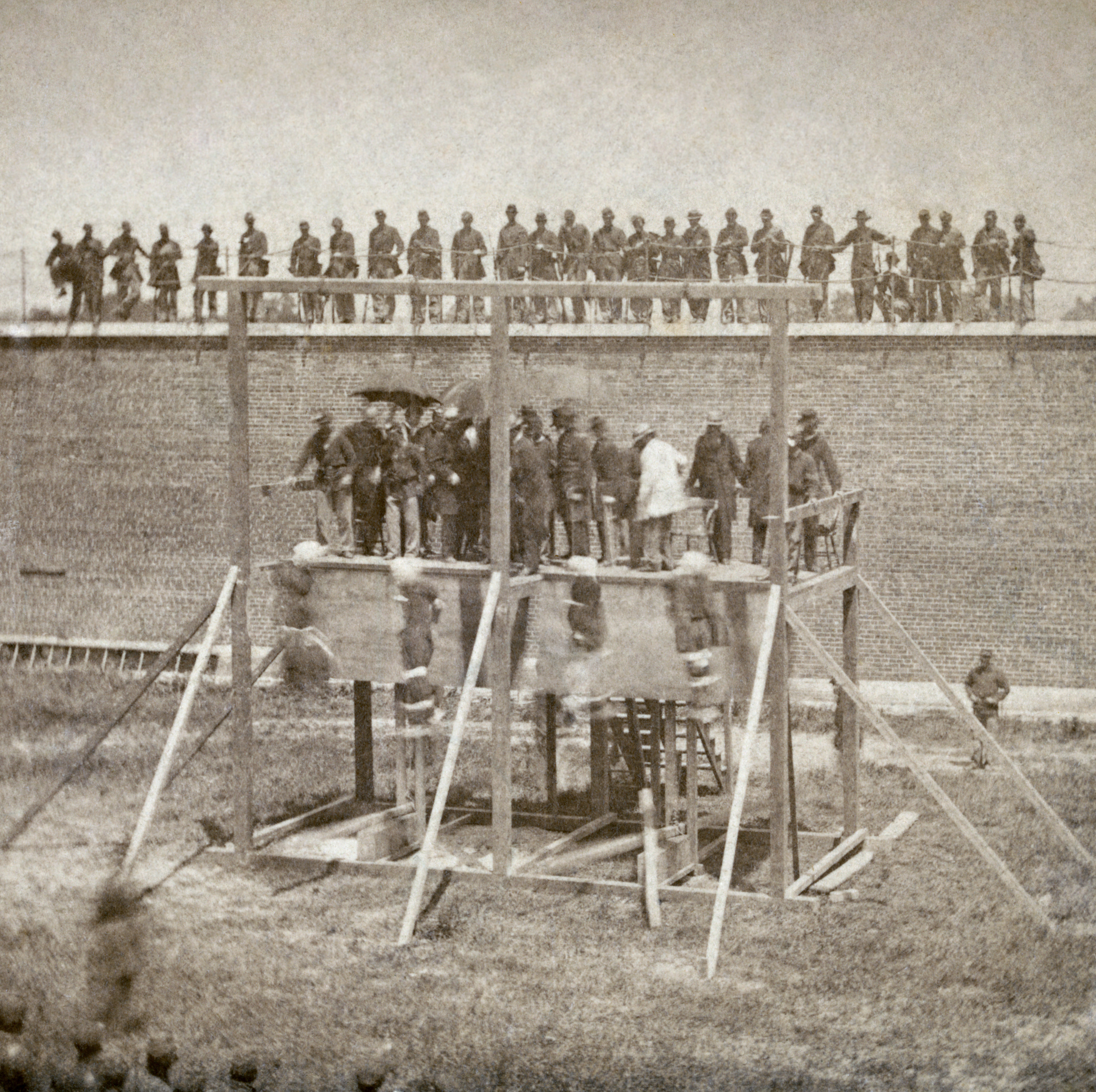 This is a legal issue that is perhaps better for Law SE than History SE (I'm on both sites).

Mary Surratt was found guilty of "conspiracy" to kill Lincoln. Under that legal theory, being part of a conspiracy to commit a crime is tantamount to actually committing the crime if one person actually does, or tries to do so.

Surratt was convicted largely on circumstantial evidence. That is, she harbored known Confederate sympathizers in her boarding house, which had become a "go to" place for such individuals, had long conversations with them, and ran errands on their behalf, whether innocently or otherwise. There were also (unproven) allegations of espionage on behalf of the Confederacy, a capital offense, along with treason.

She was the subject of postwar hysteria (think of the McCarthy hearings of the 1950s after the end of World War II, beginning of the "Cold" War). It is at such times when people will be accused and convicted of various crimes when their real offense is "disloyalty."

Question: Under what legal theory was Mary Surratt hanged as an assassin of President Lincoln in 1865?

Short Answer:
Mary Surratt was convicted as a conspirator who helped plan, provision, and had fore knowledge of the assassination of Abraham Lincoln.

Detailed Answer:
Prior to Lincoln's assasination John Wilkes Booth and David Herold, had stashed two Spencer rifles with ammunition along with other provisions at a Tavern run by John M. Lloyd, 15 miles outside of Washington DC in Surrattesvile. These riffles were considered contraband and would be seized by Union forces if discovered. Lloyd who was hiding them for Booth and Harold at one point was told to burry them so Union forces who randomly searched his tavern would not discover them. On the day of the assassination Mary Surratt rented a carriage and rode 15 miles outside of DC to deliver an additional package from Booth to John M. Lloyd. The package was innocuous, binoculars. But in court John M. Lloyd testified that Mary Surratt told him to have the "shooting irons" (hidden riffles) ready. After Booth assassinated Lincoln latter that same day, he and David Harold visited Lloyd's tavern and picked up the binoculars and riffles as they tried to flee Union pursuit into southern Virginia.

This testimony along with the strong circumstantial evidence was enough to convict Mary Surratt who was hanged as a conspirator. The other evidence was: .

The final straws were that Mary assisted the conspirators by helping stage (binoculars) and make ready provisions(riffles) the day of the assassination. And by telling Lloyd to get the "shooting iron" riffles ready, she demonstrated fore knowledge of the assassination. She knew Booth and Harold would be fleeing through Surrattsville later that evening.

After Lloyd's testimony that was enough to convict her.

Not the answer you're looking for? Browse other questions tagged united-states law death-penalty abraham-lincoln or ask your own question.