Can you identify this military uniform?

My Dad bought this painting and this is the only photo he sent me of it. I started out looking all over to find resources with military uniforms through history, but they seem to leave out the dress uniforms.

I would say the open breast jacket with the epaulettes and aiguillettes should be a giveaway to the trained eye. Any info about uniform ID references or this painting would be greatly appreciated. 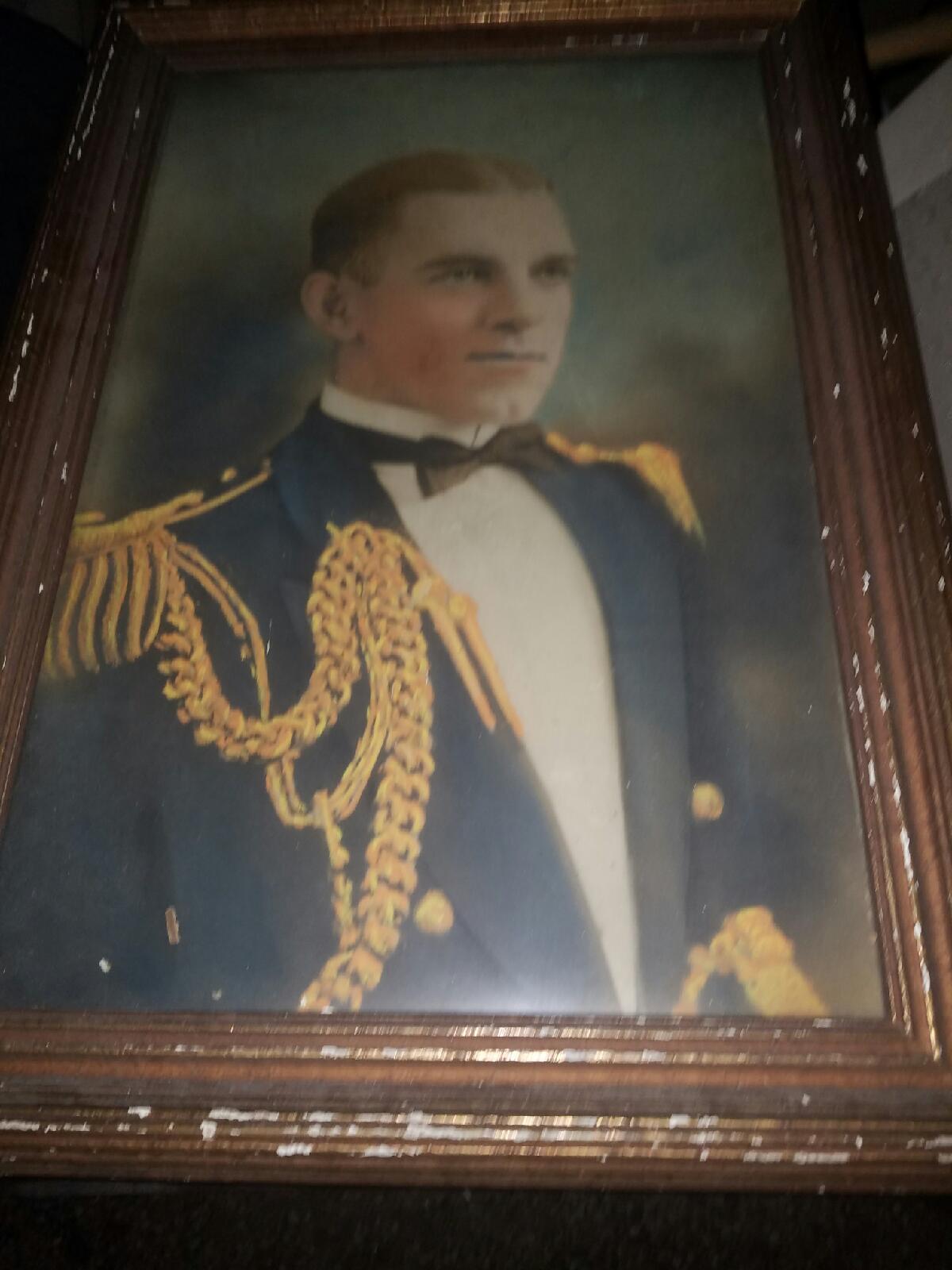 Most assuredly this is a USN Special Evening Dress uniform. As noted, the all gold aiguillette on the right side is reserved for those officers assigned to the White House as naval aides. This uniform was of the type worn up until the beginning of WW2 when the epaulets and the fore-and-aft cap were removed as prescribed articles of uniform (I have my father's from 1938, as prescribed for an Ensign). Neither the Army nor the Marine Corps sported those epaulets on the special evening dress, or as more commonly know, mess dress, not to mention that their uniforms of this type looked totally different. Note some snatchings from the 1913 USN Uniform Regulations: The first is a general description of the uniform, the second show prescribed uniforms for White House events (the uniform in question is "Uniform C"), and a dashing lieutenant wearing his Special Evening Dress, though, obviously not assigned to White House duty. 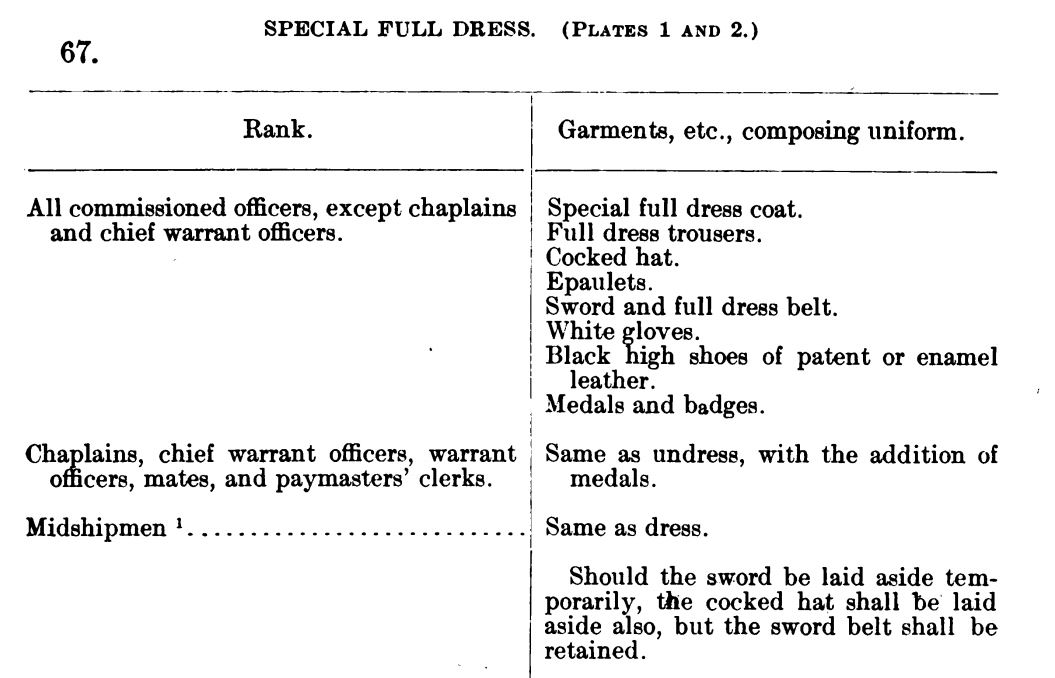 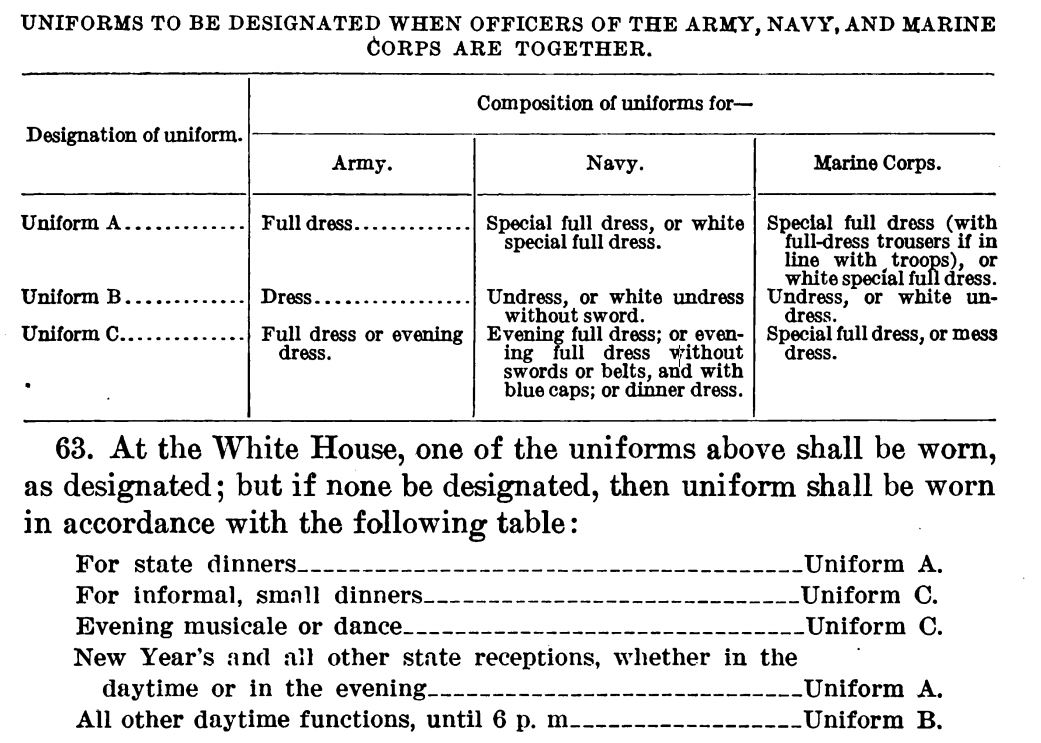 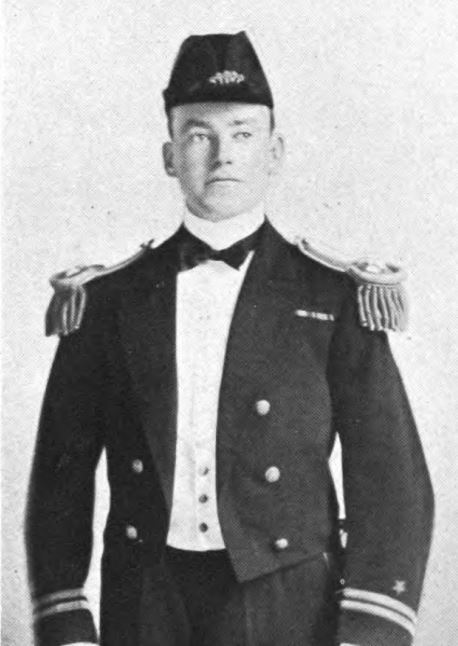 I have my suspicions as to who the gent in the OP might be, but I can't get a photo that shows the cleft chin clearly.

Circling back somewhat later . . . Open to correction, but it appears to me that the gentleman in this colorized picture is one Lieutenant John Stuart Blue, USN, who commanded the presidential yacht, USS Sequoia, from 25 March 1933 to 16 November 1933. That assignment would have entitled him to wear the presidential aide aiguillette. Blue, by then a Lieutenant Commander, was killed in the sinking of USS Juneau, 13 November 1942. He was USNA class of 1925. The destroyer USS Blue was named in his honor. I offer for evidence the below photos and draw attention to the hair and the chin. 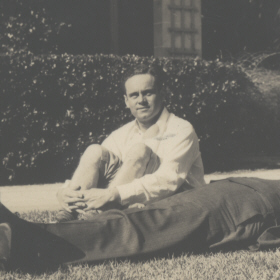 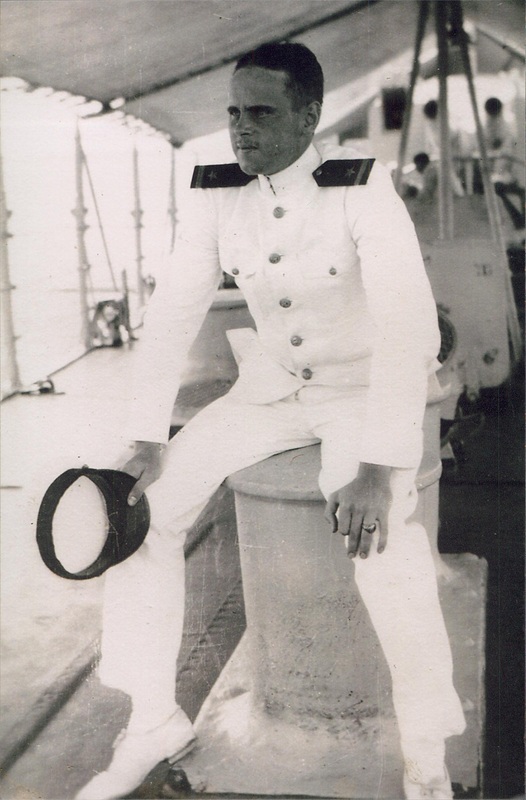 This is going to be a partial answer at best, because I would no have space to put it in the comment section and I am hoping someone else will be able to complete the answer. Hope this helps.

This officer is wearing a gold aiguillette on his right shoulder. This is extremely important information because it tells us that he is either in the marines or the navy, and is attached to the aide of the President or foreign heads of state.

Aiguillettes are a vestige of the days when soldiers wore breast plates. The cords and the terminal needle-like end were used to bind the front and back pieces together. In the 17th and 18th Century when body armor was disappearing, the aiguillette was retained generally as a badge of office for a ranking officer's aide de camp. The U.S. Army and Navy did not use aiguillettes to any degree until the late 19th Century.

Dress aiguillettes worn by the personal naval aide to the President of the United States were made of gold cording and worn on the right side of the uniform. Other aides wore theirs on the left side and had cords of blue and gold. They were also worn by naval attachés. Similar aiguillettes with red and gold cords were worn by officers of the U.S. Marine Corps. Dress aiguillettes were worn on occasions of ceremony and social occasions. They also could be worn on an overcoat. - Other Insignia Not Shoulder Sleeve Insignia

As for who can wear the aiguillettes on their right shoulder we have an answer here:

The military aide to the President, White House social aides while on duty with the First Family, and officers designated as aides to foreign heads of state wear the aiguillette on the right side of the uniform. All other authorized personnel wear aiguillettes on the left side. Aiguillettes are secured to the coat before the opening of the brass strip, and the front part is hooked into the eye of the service aiguillette. The 34-inch part is passed under the arm, and the button loop of the 25-inch part is inserted through the button loop of the 34-inch part, past the button loop of the 25-inch part notch in the lapel, and attached to the button under the collar. The button under the collar is attached to the body of the coat so that the knot of the 25-inch part will easily clear the notch in the lapel. The loops of both cords cross on the outside of the arm with front loop on top. Either gold cord or gold-colored nylon cord may be worn, depending upon the importance of the occasion and the individual’s preference. - Army Regulation 670-1

It is clear that this officer is in Formal and Dinner Dress Uniform, but one can not pin point the year of usage or rank of the officer from the picture.

It seems as though he is a major - we see two golden bits on his epaulets. See US Army Rank Insignia He is in either the Marines or the Army, because he has a gold aiguillette.