Has a major war ever occured and a map before the war looked exactly the same after? [closed]

Ask Question
Asked 3 years ago
Active 2 years, 11 months ago
Viewed 5k times
20
Closed. This question needs to be more focused. It is not currently accepting answers.

By this I mean has there ever been a major military conflict from the time periods of 1500 ad to present (I disregard civil wars and weird things like say the Pig War etc...) where if you had a map made one day before the war started of the countries / kingdoms / empires involved, that map would be the exact same as a map made one day after the war ended.

By change I mean there would be no territory lost or gained by either side, no change of country, state, or city names, also the war can not have resulted in a regime change (other than in a democracy) i.e. the king, tyrant, dictator (or his family/faction) remained in power on both sides.

The only one that I could think of is possibly the Soviet-Afghan war (but I could be mistaken,) but are there any others?

It's a Latin phrase that describes exactly what you're after - that territories reverted to what they were before the war. It's actually very common; a modern example is the Iran-Iraq war which was brutal and lasted 8 years.

Usually this is a result of a treaty, and where one side holding more territory but also wants peace, and as an enticement, offers the other side a restoration of territory.

The Peninsular War (1807–14) was a military conflict between Napoleon's empire and the allied powers of Spain, Britain and Portugal for control of the Iberian Peninsula during the Napoleonic Wars. The war started when French and Spanish armies invaded and occupied Portugal in 1807, and escalated in 1808 when France turned on Spain, its ally until then.

It was a grand conflict which involved hundreds of thousands of troops and the whole population of Spain in a generalized guerrilla warfare. 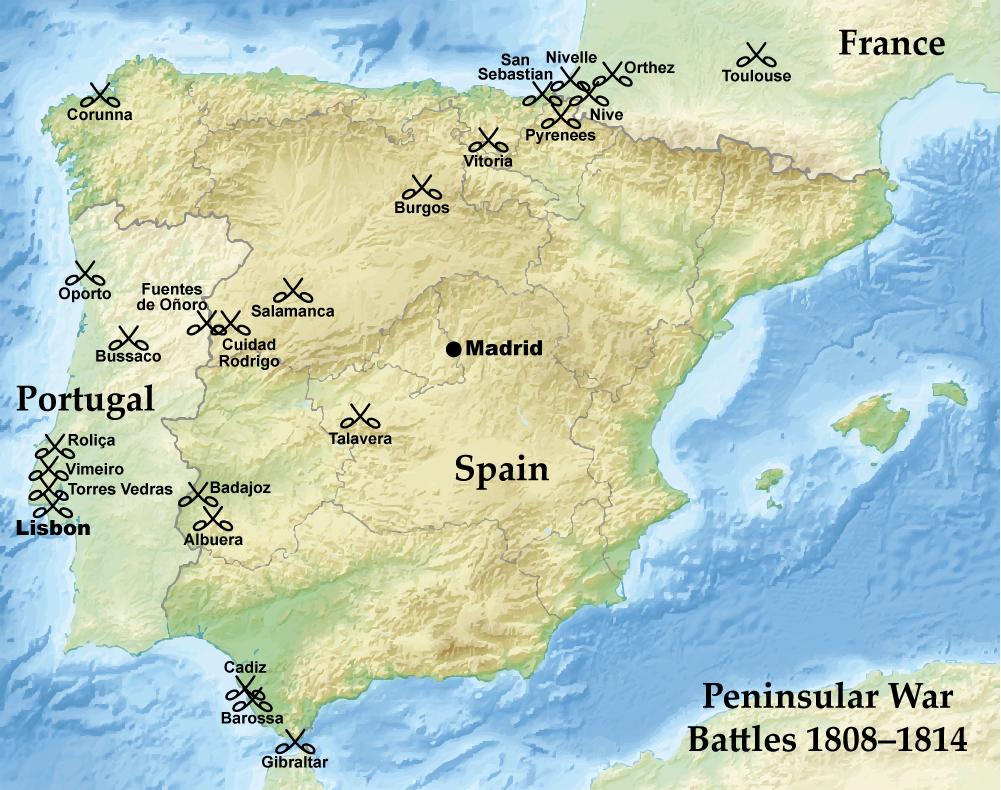 Without going into the reasons for the animosity, there are some examples of this in the conflicts between Israel and its Arab neighbors:

Several other smaller conflicts are listed on Wikipedia that didn't lead to any formal border changes.

8
What laws of war existed before the modern international treaties and conventions?
66
Has there ever been a truly multi-sided war?
43
Has anyone ever named a war after their own country or faction?
2
What is the largest number of battles that took place in the same place in the same war?
20
Has any medieval army ever fought 3 or more distinct battles on the same day?