Why was Highway One routed right through Fort Ross?

California's coastal Highway One was completed in the 1930s. Until about 1970, the roadway actually passed through the stockade of the Russian colony, Fort Ross. Later the Fort became a state park. Today the highway is a bit farther away, still right near the rebuilt fort. Look up 19336 CA-1 Jenner, California, for the road view onto the fort.

Why it might have been moved away seems obvious. Who made the original decision to run the highway through the fort, and on what basis? 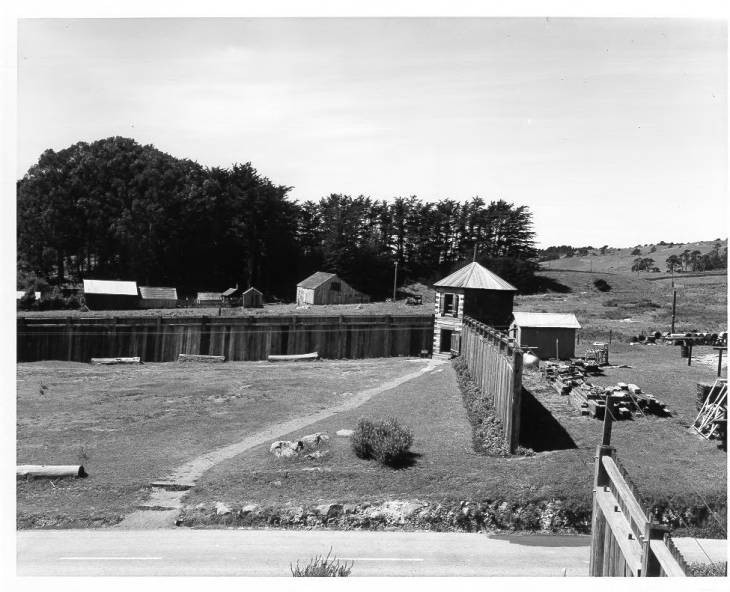 Remember, most of what you see today is restoration of what was there in the past.
The San Francisco earthquake of 1906 caused a lot of damage.

The above image from National Park Service 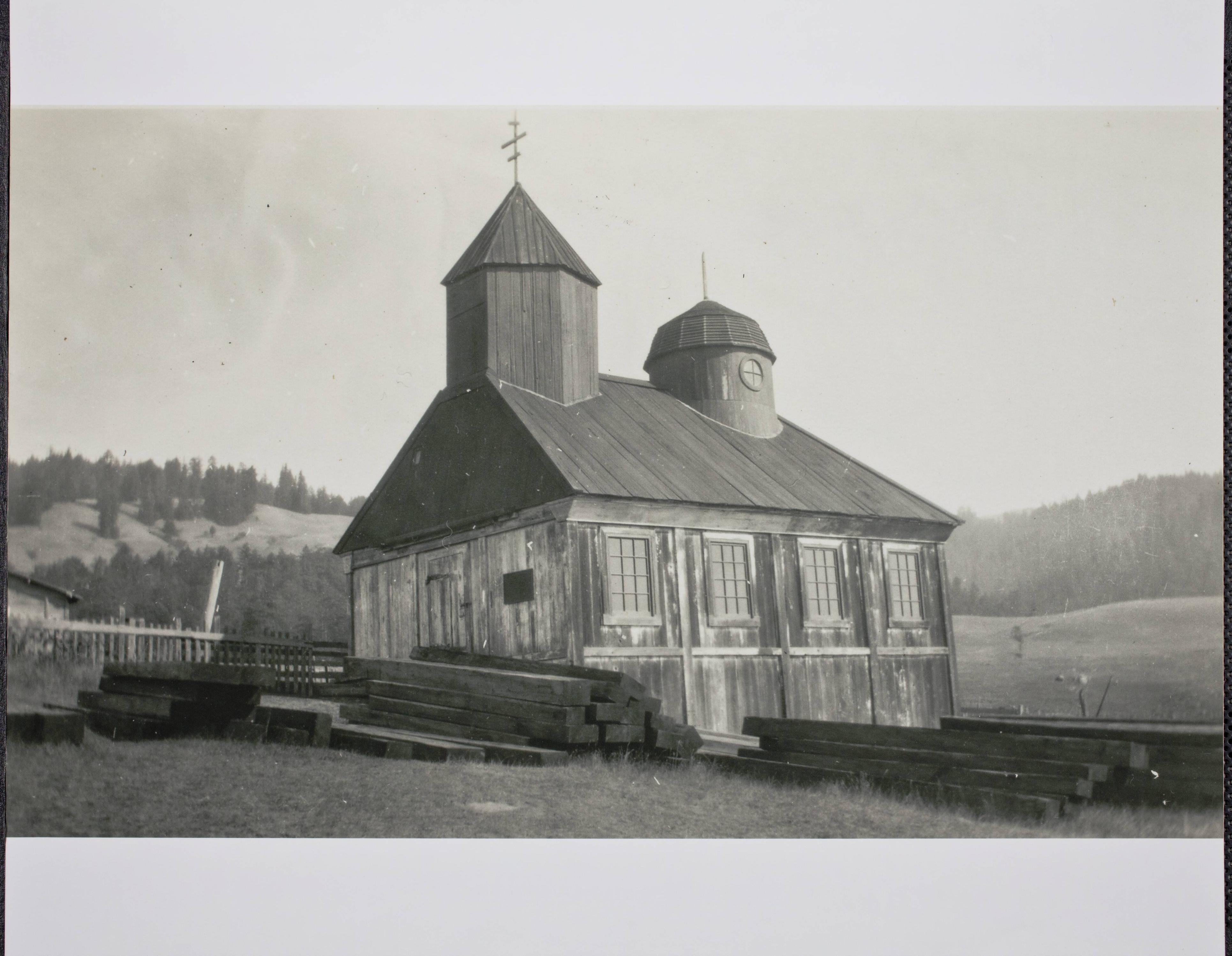 The stockade walls ,as we see them today, were not yet built. The material for their construction is laying on the ground in front of the church. From FortRoss.Org

After the fort became a state park, the stockade walls were restored a portion at a time. In 1929, the east, south, and part of the west walls were rebuilt. 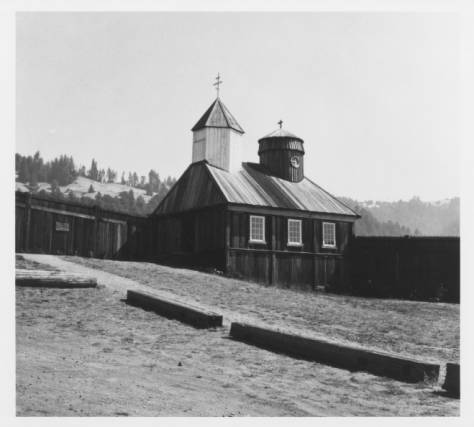 The park, as it exists today, didn't exist when the road was constructed. I believe they were both constructed(reconstructed) at about the same time. A 1930 California road map, viewable here, shows a road in place. Considering funding bills passed in 1912 and 1923, planning and locating the roads route had to have taken place well before the stockade was built(rebuilt) beginning in late 1929.

Not the answer you're looking for? Browse other questions tagged russia colonial-america transportation california or ask your own question.

7
Why was Patriarch Nikon removed from power?
9
Why Antarctica was never conquered before the advent of the modern men?
6
Why was California admitted as one big state rather than split up?
4
Who left Fort Ross to defect to Mexico?
4
Was the 1852 Richard/Bolcoff divorce the first one in California?
2
Was an adobe fort or a palisade fort more defensible?
3
How to attack Fort Ross
1
Why did no one take Siberia over before the Russians, and how did they do it?