What flag has a blue-grey background and an orange-outlined green cross?

I have a picture of a flag but I do not know where it's from. The cross indicate that it's likely European and it looks very much like the Swedish flag.

Which country has this flag? 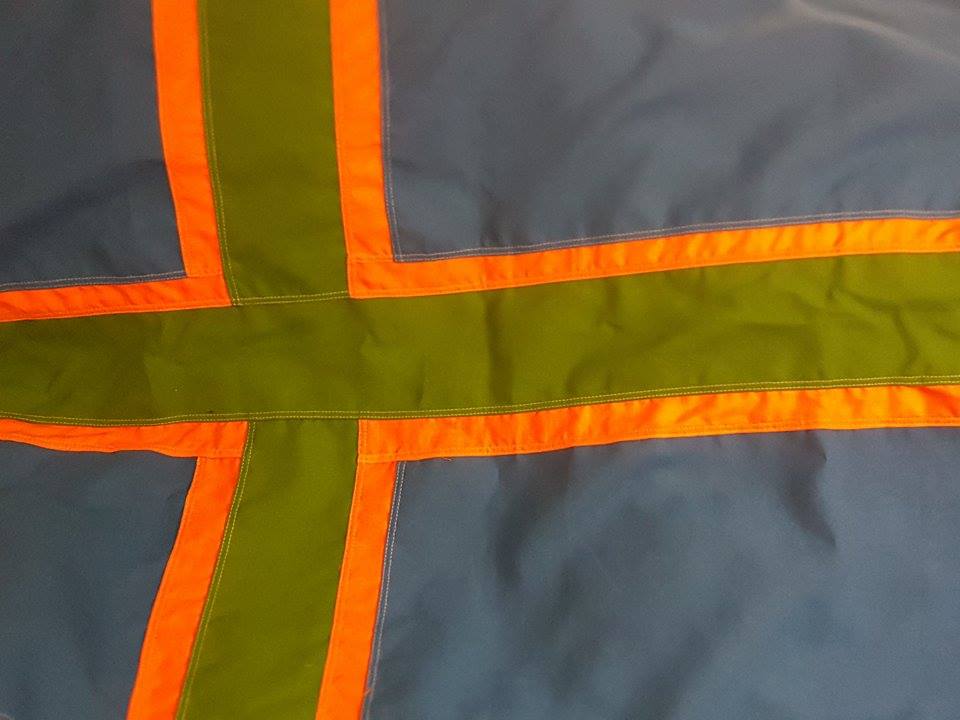 The pattern you show is called a Nordic Cross. Searching for flags with Nordic crosses comes up with the Flag of Vendsyssel, which is a traditional district of Denmark and of Jutland. (See Vendsyssel at wikipedia) 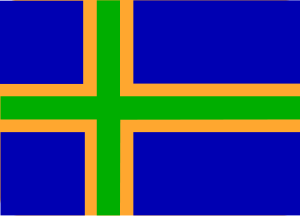 The proposed flag of Vendsyssel in Denmark was introduced by the mayor of Hjørring in 1976, and is used to some extent.

The flag is named Vendelbrog (with reference to the Danish flag Dannebrog interpreted as The Danish cloth).

Note this is a proposed flag, and is not officially recognized. As such I don't know that there is an 'official' color set described. The wiki article further states:

It is a Nordic Cross flag in blue, orange and green. The blue colour symbolizes the sea. The orange/red colour is symbol of the sun and the beaches of Vendsyssel, and the green is for the lush nature. By tradition, only people born in Vendsyssel can use the flag.

The flag is not officially recognised, but it used to be a part of the insignia of the Royal Danish Air Force 723rd Air Squadron.1

Looks like the flag of the region Hälsingland in Sweden. 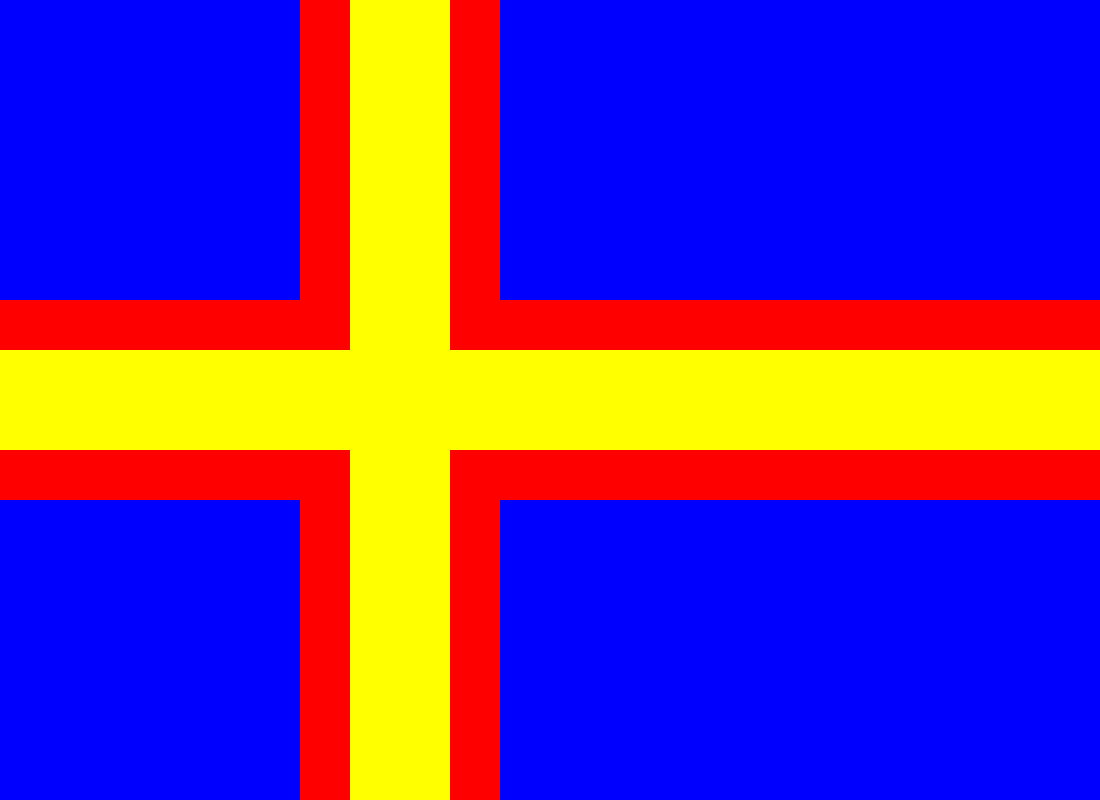 For some real life examples you can google "hälsingland flagga" (I'm not allowed to post another link).

Not the answer you're looking for? Browse other questions tagged identification flags or ask your own question.

18
Flag with dark border and light inner?
6
Flag of Paris: Why blue and red?
51
If the Union Jack joins the flag of England and Scotland, why does it have a different shade of blue than the Scottish flag?
16
Flag with 13 white stars and a crescent on red background
10
Can anyone explain why the Scottish flag on this map from 1504 has a red cross on a white background?
1
Why does the Puerto Rican flag look so much like the one of the U.S.A.?
33
What is the date and original source of this medieval picture?
7
Help identify this poster of early 1900's movie with a woman sitting on a bench and a man behind holding her arm
2
Who is this Asian figure?