Can anyone tell me anything about this sword?

Can anyone tell me anything about this sword? It hangs in my husband's great grandmother's house for as long as he can remember. 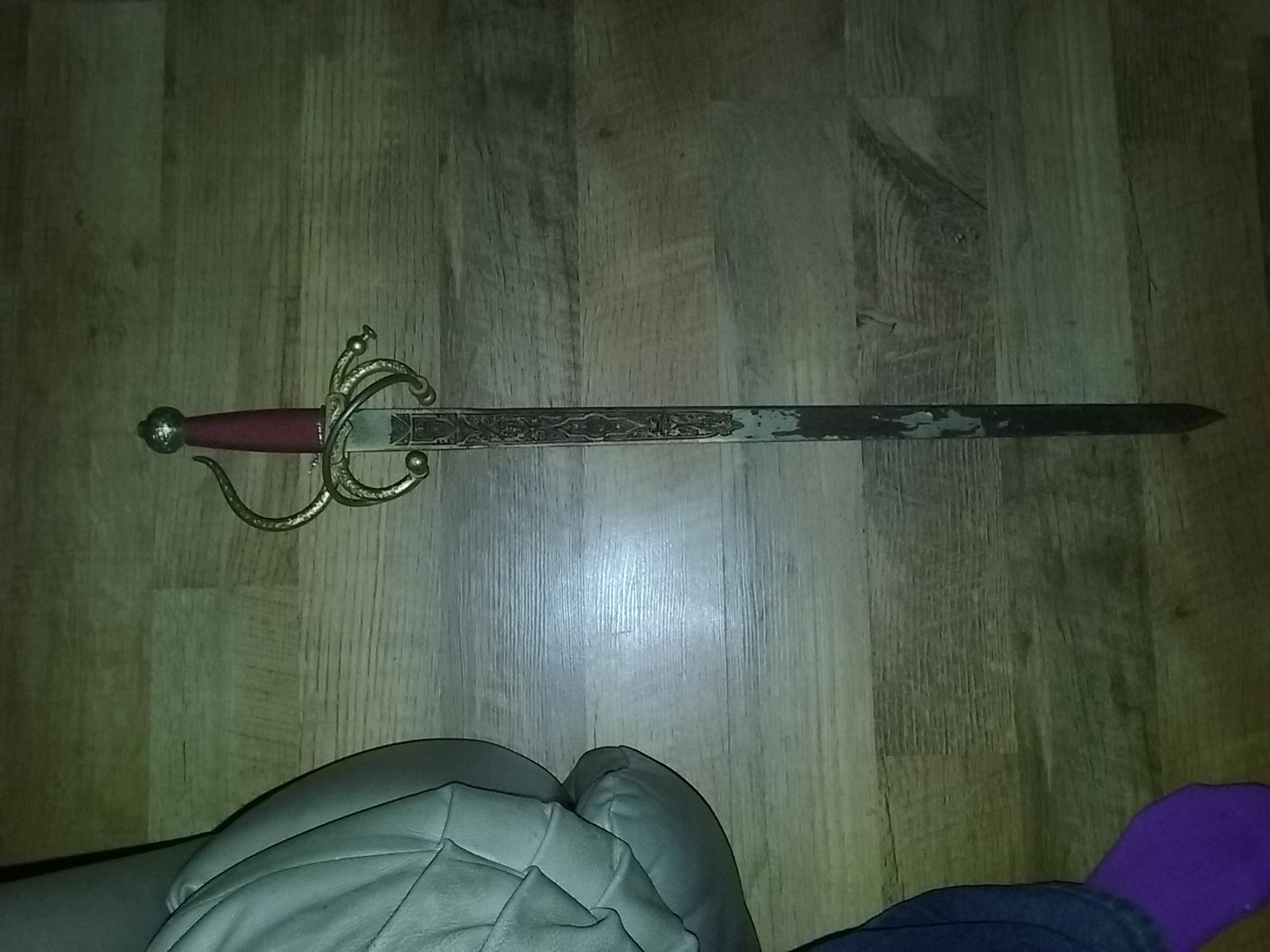 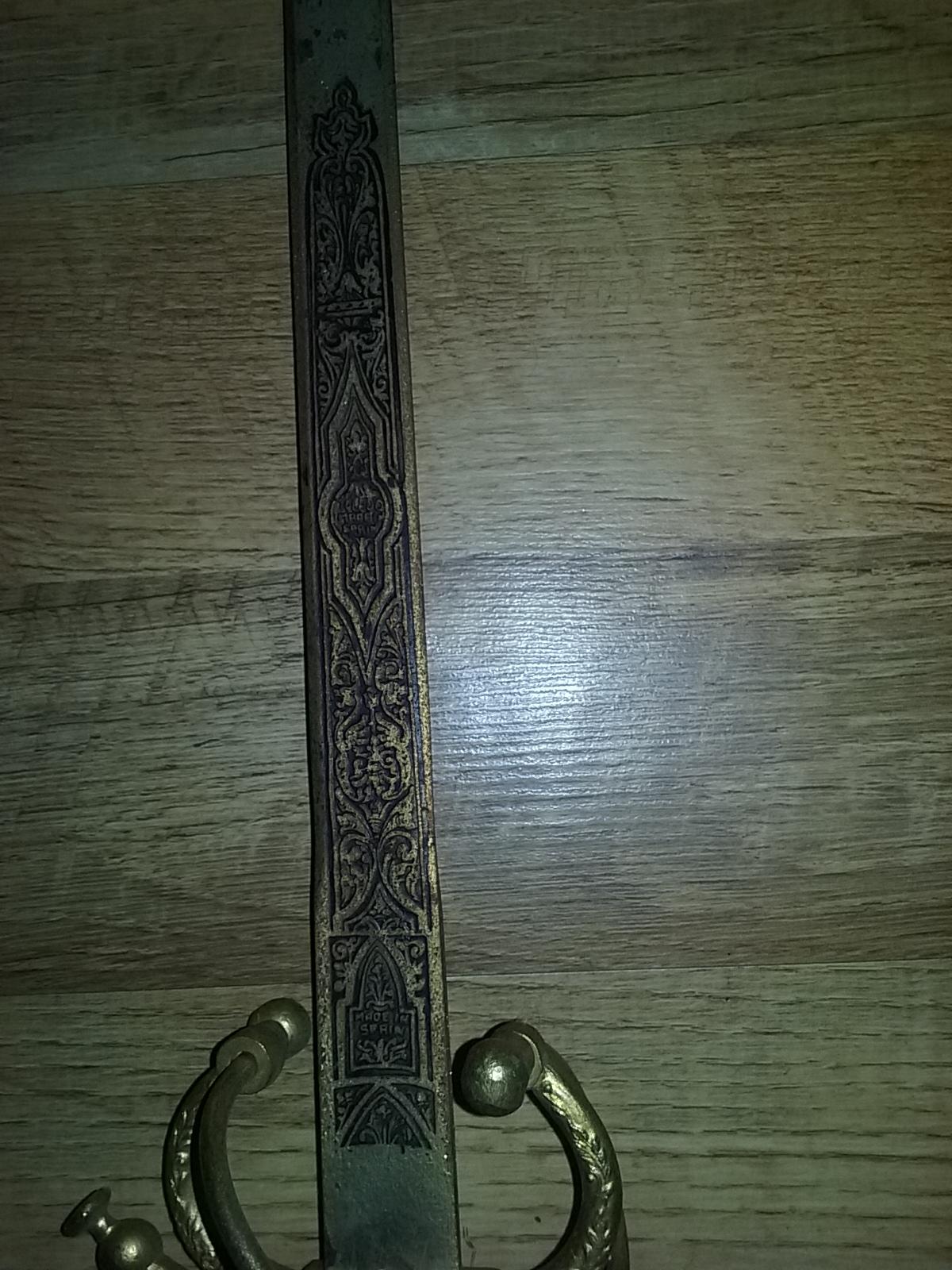 First, it's probably a sword made in Toledo, Spain. This city is famous for its ancient sword industry. Today, the sword industry in Toledo forges both high-quality swords and souvenirs of industrial quality (not only recreations from Spanish history; they make Japanese katanas, swords from movies such as The Lord of the Rings and Conan movies, etc.)

And second, I've found a similar sword on ebay, wich is a recreation of Colada. According to the epic poem "Cantar de mio Cid / The poem of the Cid", Colada was one of two legendary swords used by the most renowned Spanish (Castillian) knight, Rodrigo Diaz de Vivar "El Cid Campeador". The sword is probably only a fiction from the poem, but El Cid was a historical warrior.