What did Sweden do with all the wrong-sided steering wheels after Högertrafikomläggningen?

Högertrafikomläggningen happened on September 3rd 1967. On that day Sweden changed from driving on the left side of the road to the right (normalizing with all of its neighbors).

I would guess that before that day many cars in Sweden had their steering wheels on the right side of the car. So what happened to all those cars after the switch? On one side it would be prohibitively expensive to have everyone's car retrofitted with the new direction, but on the other side its more difficult and dangerous to drive on the right hand side of the road with a right hand side steering wheel.

Bonus points: What about buses? They presumably had exits on one side. How did they continue to operate after the switch?

Most cars actually had left-side steering even before the switch.

Most imported cars were from countries with left-side steering. Cars made in Sweden kept this, as people were used to it, and it easier to export the cars.

Here is a picture from the day of the switch, with people driving into Stockholm to try driving on the other side. Of the four cars you can see clearly, all are left-hand steered. 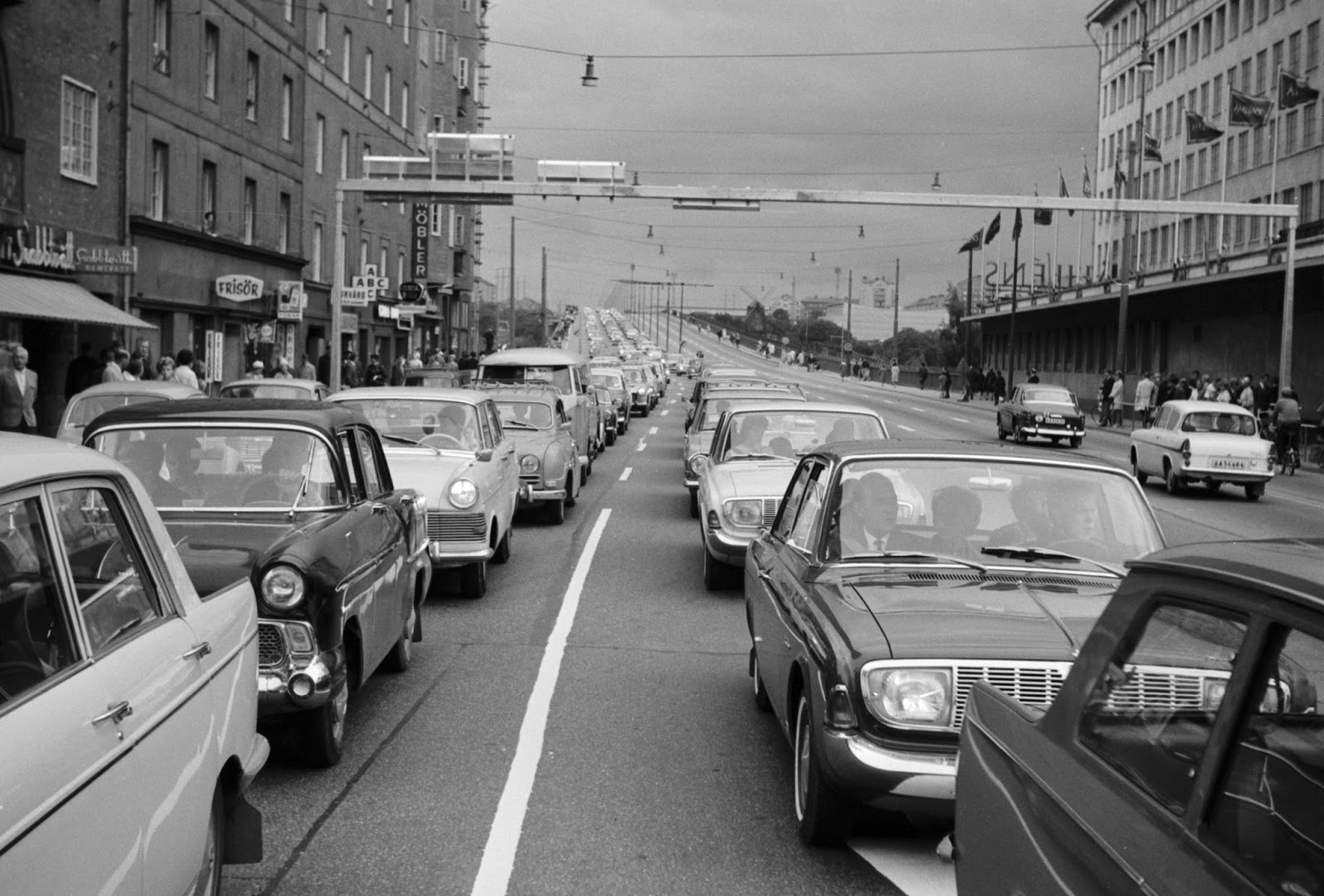 The entire park of buses, however, had to be renewed, which was partially financed by a special vehicle tax (it also paid for all other practical work to be done during the switch).

The information can be found here, a page from the association of Swedish bus companies.

I found the picture here. There are also other pictures from the switch, for those interested.

Not the answer you're looking for? Browse other questions tagged sweden automobiles or ask your own question.

9
When did the Taxi become associated with the checkered pattern?
8
Why did the Russians lose to the Turks in 1711 after defeating them in 1700 and the Swedes in 1709?
6
Why did Sweden and Norway become the vassals of Denmark?
8
Through what developments did Sweden end up in war in northern Africa in early 1800's?
12
Did the Russian Empire have a claim to Sweden? Was there ever a time where they could have pursued it?
11
How did the Swedish army deal with prisoners of war in the Thirty Years War?
5
Why did Sweden not fortify Swedish Livonia along its eastern frontier, including the approaches to Riga?