What uniform does PewDiePie wear in this picture?

There has been a recent controversy with the YouTuber PewDiePie accusing him of being a racist/Nazi. This is a video where he is wearing a brown uniform while watching a Hitler video is considered proof of this. Some places describe the uniform as Nazi, while others call it a "brown military uniform". 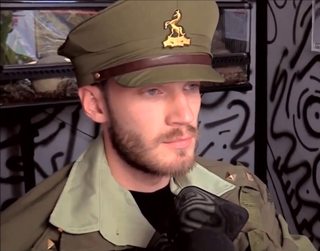 Can anyone identify what uniform it is?

I'm fairly sure it's an imitation uniform of the character Captain Mainwaring from an old British comedy series named Dad's Army. It originally ran from the late 60s till the late 70s and was very popular. As PewDiePie is from Sweden it wouldn't be too surprising that he would know of this as it is considered a classic British comedy TV series.

https://www.youtube.com/watch?v=0V3SqxUomwk This link gives a taste of it's humour (back when laugh tracks were not scripted, i.e. no pausing for laughter, because the jokes were actually funny). 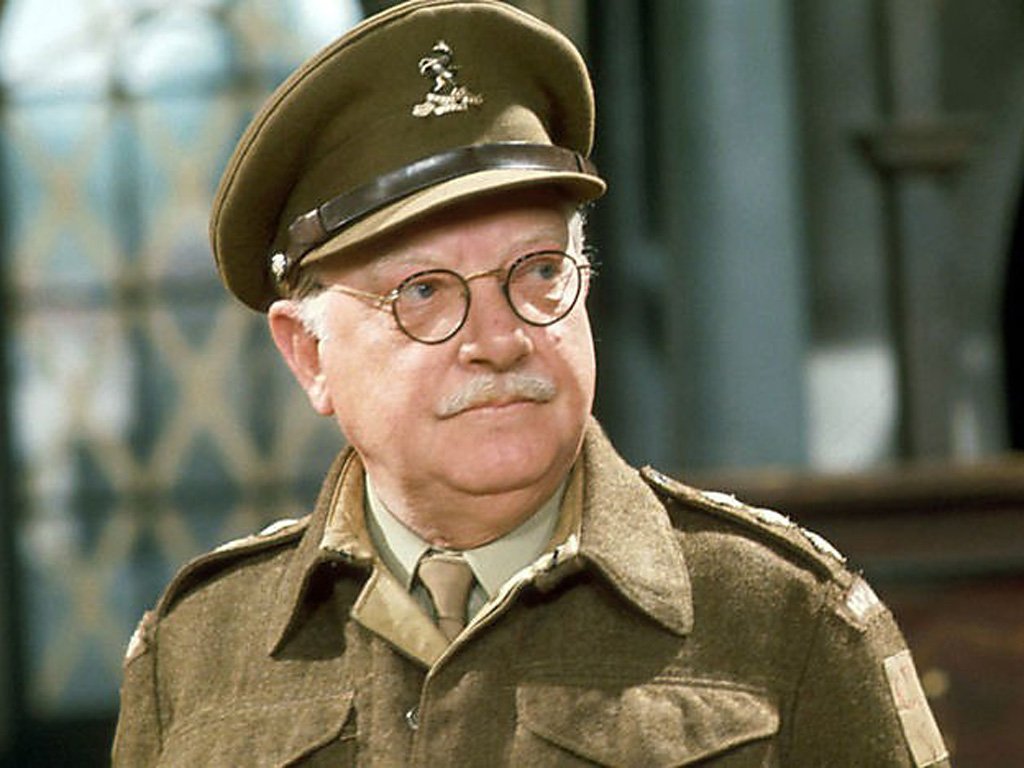 This link shows the cap insignia of a rearing horse that I think matches the one on PewDiePie's cap.

The uniform was actually based on a real British military Regiment's: The Queen's Own Royal West Kent Regiment.

So quite the opposite of a Nazi uniform. Not like the journalists that slandered him should have researched this or anything facepalm.

It's not specifically any uniform. Probably just something he picked up in a costume or surplus store.

So the officers cap is a Service Dress Cap of the British Army style. However that horse pin/insignia on the front is meaningless, the symbol might be used in some militaries but the pin it self is obviously too plain/cheap to be part of any officer's dress. It's hard to tell whether it is just a cheap patch or a pin. Certainly not regulation.

The Service Dress cap could be attributed to any number of Commonwealth/Dominion militaries at the time.

Similiarly, the jacket could be of any number of types. It could be a British Service blouse, or an Ike jacket or any number of service coats; it could be simply a cheap brown jacket he ordered from China on ebay - it's simply too hard to tell with so little to go on.

However, what's quite telling here is the rank insignia he has put on the epaulettes - two "gold" diamond insignia. Now these could be construed as the SS ranks of Oberfeldwebel (Oberfähnrich OA/ Offiziersanwärter) but as we can see from the colouring on that page - it's completely wrong. The colours on the epaulette and collar were just as indicative of what that soldier or officers MOS and rank were as much as the insignia.

Shoulder-straps and, in many cases, collar patches were piped or underlaid in Waffenfarbe, a color code which identified the branch of service to which the unit belonged: white for infantry, red for artillery, rose-pink for Panzer troops and so on.

They clearly don't correspond to any German ranks, Wermacht or Waffen SS that I can see here.

The M36 tunic still retained the traditional Imperial and Reichswehr uniform color of grey-green "field gray" (feldgrau)1 wool, but incorporated four front patch pockets with scalloped flaps and pleats (on Reichswehr tunics the lower pockets were internal and angled). The front was closed with five buttons rather than the previous eight, and the collar and shoulder straps were of a dark bottle-green instead of the Reichswehr grey.

As anyone can see, what Mr PewDie is wearing is khaki, not blue grey. It is not consistent with any uniform, although bearing the most resemblance to the 1938 British Battledress. It bears about as much historical accuracy as one could expect from somebody who streams video games on YouTube for a living. What PewPewDie is wearing is not a uniform, but a costume. I would expect that anybody who mistook it for any uniform in Nazi Germany is colourblind.

This is immitation of WW1 Uniform of British Expeditionary Forces. Insignia on cap is immitation "The Kings" Liverpool Regiment which is pretty real.

There's absolutely NO connection with Nazism in this picture. This is purely BRITISH dress.