Why was Colonel Bill Eddy kneeling in front of FDR and King Saud?

Amidst the WW2, US President Franklin D. Roosevelt and Saudi King Ibn Saud met aboard USS Quincy after the Yalta conference.

It however strikes as something very odd that in the photograph of meeting, Colonel Bill is kneeling before the two leaders. 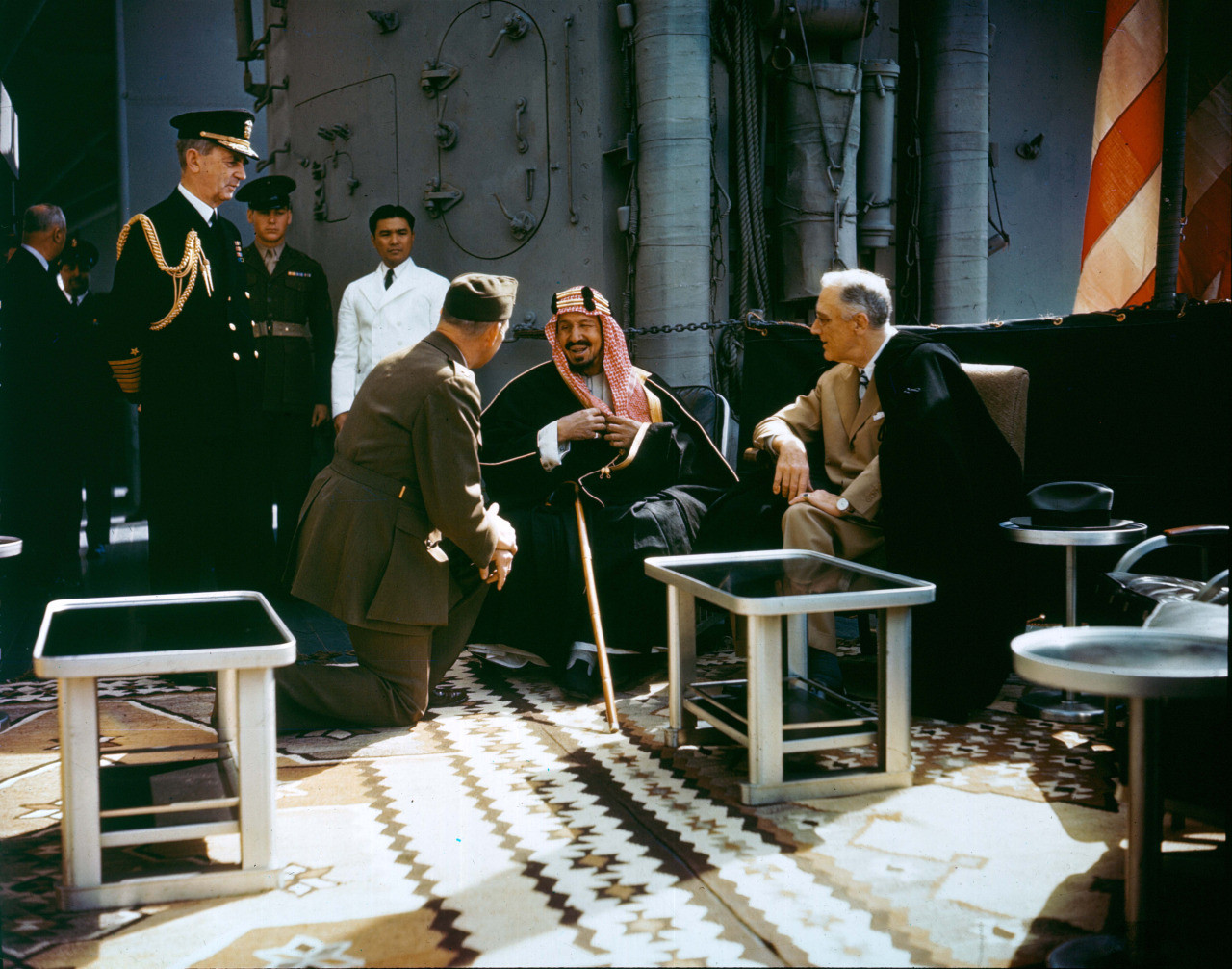 Why is a commissioned officer of US Military doing such a thing? Was it some sort of a diplomatic custom back then that only a King or a ruler may sit with a King while others have to stand or kneel (A medieval custom that existed at least as late as reign of King Louis XIV of France in some form).

But we are talking about 20th century here. For example for current customs, see this meeting of Presidents Barack Obama and Vladimir Putin: 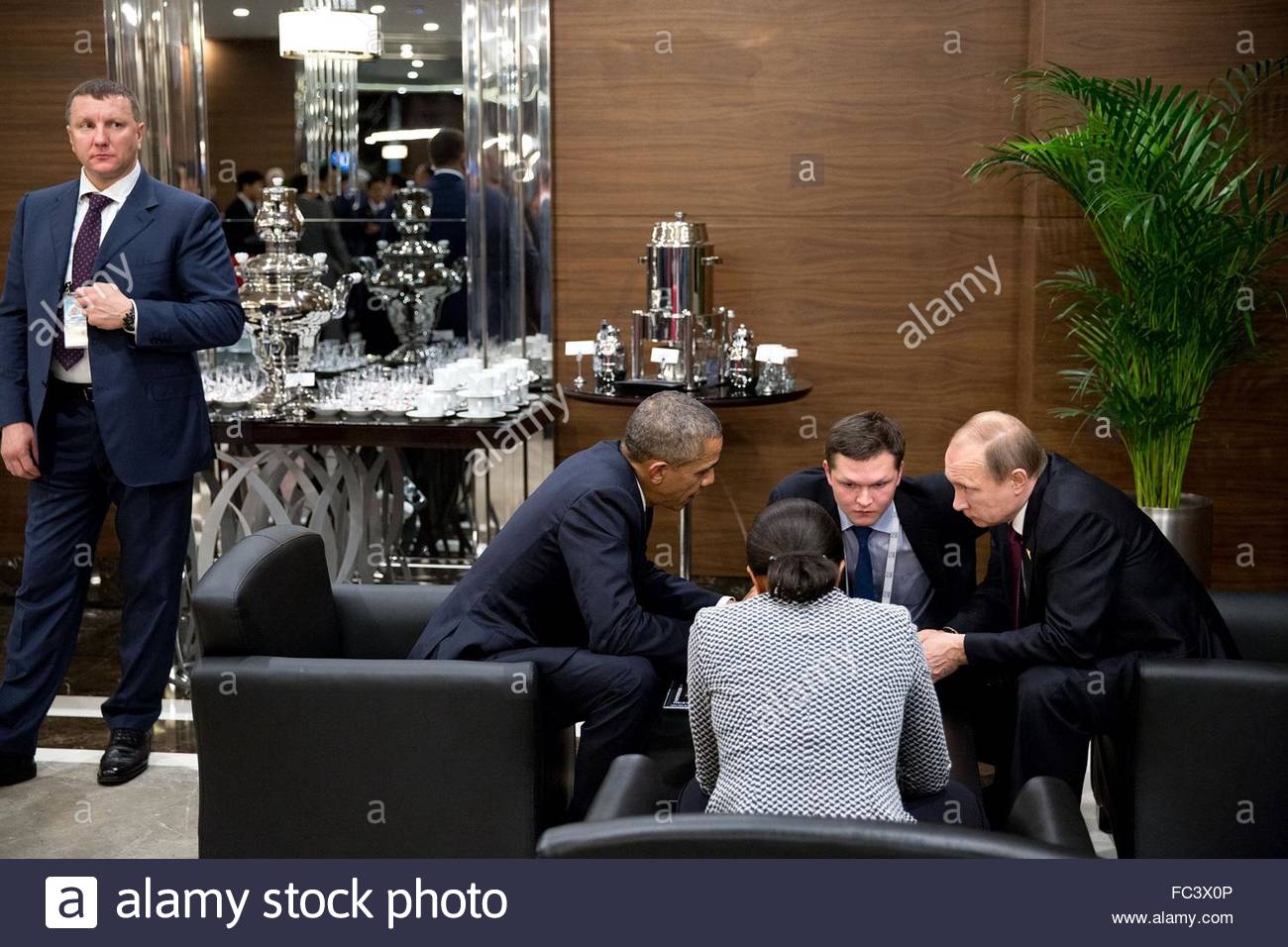 The interpreters here are accorded full respect of sitting with the leaders they were accompanying.

So TL;DR, why did Colonel Eddy kneel? Wasn't it considered an insult to the uniform? Was it a matter of diplomatic etiquette of that time?

Or could it be just a coincidence like the colonel dropping something and when he knelt to pick it up, the photographer took the picture?

I wouldn't read too much into it. Kneeling with one leg during a military briefing is quite common for all army ranks when you are close to a combat zone. In my time as an army officer I have been kneeling a lot like that in combat training. It becomes a habit even if you are outside a combat training zone.

In a photo of the same situation, probably taken just before your image, the Colonel is standing near King Saud and FDR. 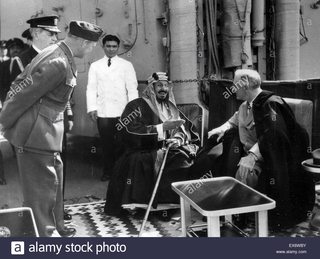 He's already bowing down a little to King Saud, probably to understand him better. If bowing down doesn't help to understand a sitting person, the next thing that would feel natural for an army officer is to kneel down like that - no matter if you are trying to listen to a King or any other person.

Keep in mind that the Colonel is not down on both his knees like you would do it in church or in front of a King in ancient times.

They could have offered him a chair, but the next free chair is near FDR - on the wrong side if you want to listen to King Saud.

Not the answer you're looking for? Browse other questions tagged united-states world-war-two diplomacy modern saudi-arabia or ask your own question.

14
If Bill Clinton was impeached, why did he finish his second term?
20
Did King George III turn his back on John Adams and Thomas Jefferson?
12
Why does US currency have a 25 cent piece and a 20 dollar bill instead of a 20 cent piece or 25 dollar bill?
0
What was the Bone Bill in Washington State?
58
Why did LBJ, a staunch segregationist, champion and sign the 1964 Civil Rights Bill?
0
Can you tell me if my Father, a Lt Colonel, was paid during WW2?
47
When did FDR announce he was running a 3rd time, and was there any outrage?
11
Who advised FDR on foreign policy before and during WWII?
3
Why did Colonel General Franz Halder write a diary?