How did member states of the Holy Roman Empire justify only including part of their land inside it?

Looking at this map, we see that the Habsburg monarchy extends partly inside the Holy Roman Empire, and partly outside of it. Similarly, a tiny sliver of Denmark-Norway, and a similar tiny slice of Sweden, are within Imperial borders (though I don't think either Denmark or Sweden were member states of the HRE at all!).

How did this happen, and why was it allowed? Were these states "partial" members in some way? 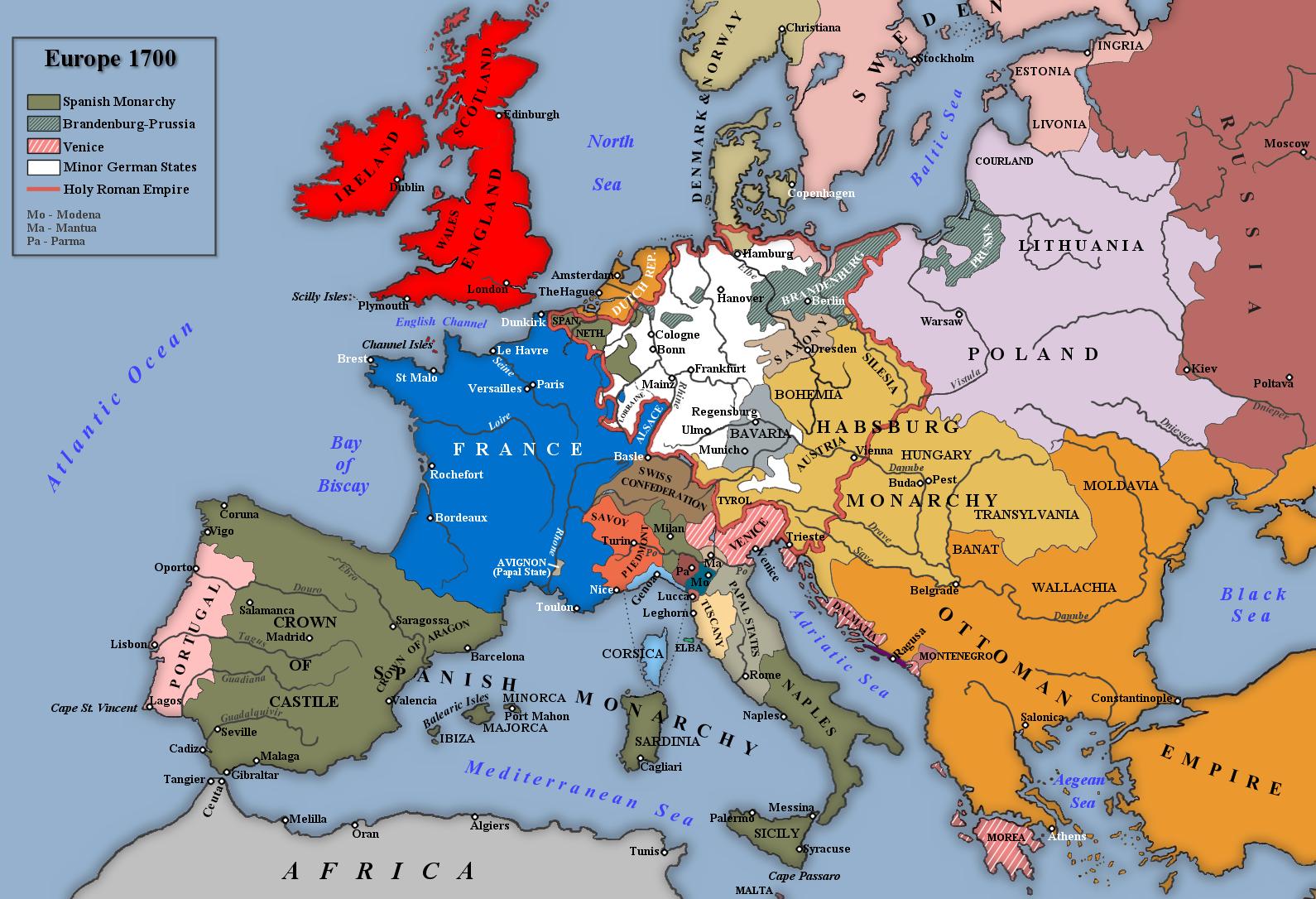 This happened for many reasons, some of which have been pointed out.

The area controlled by Denmark is Holstein, and was a point of contention. There was some bickering over control of imperial land being held by someone from outside the empire, but might makes right and Denmark was pretty powerful under the Kalmar Union (Denmark, Norway, and Sweden). Later, when Sweden broke free they were a good ally against Swedish ambitions. Interestingly the issue of Holstein resolved into an uneasy truce where the Empire accepted Danish control, under the agreement that Denmark would NOT annex Holstein. Essentially that Holstein would be a separate title and not brought into Denmark proper. Denmark later broke this agreement, sparking a war.

Non-HRE Example: William the Conqueror was King of England BUT Duke of Normandy. So his Norman lands fell under the control of the King of France. Later English kings expanded their rule of french territory until at its peak they controlled more of France than the french king.

Further Explanation of Feudal Issues: Feudalism was a huge sticky situation where central authority was difficult to assert. A King was not necessarily the most powerful institution of power. The Nobility has much power, and often sided against their king. The Clergy had great wealth and in some countries controlled up to 1/4 of the land. Merchants and Guilds had a vast amount of wealth to throw around and often hired mercenary armies to make their point. Any attempt to gather funds from or decrease the power of these groups led to war and rebellion, with outside kingdoms being only too happy to aid these rebels. Any attempt to consolidate titles led to issues as these groups saw it as a threat to local interests or just a threat embodied by collected power. When Germany was FINALLY united in the late 1800s, there was considerable push back from the various princelings. It can be argued that without the perceived aggression of the French, it may have failed.

The HRE was not a state in the modern sense, and neither were the components (as HorusKol) pointed out.

The various nobles had hereditary rights with regards to the Empire. They were tied to a title which usually also included some plot of land. There were knights directly subject to the Emperor, there were church properties operated much like a noble fiefdom (three of them were prince-electors), there were a few slightly free cities.

Any one of those power blocs would resist the attempt of other power blocs to bring more territory into the HRE, because they saw it as a zero-sum game.

Notably, at some point the Elector of Brandenburg was styled king in Prussia, i.e. king while in Prussia but not king in the HRE.

The answer lies in the fact that while the Austro-Hungarian region was labelled under "Habsburg Monarchy", they weren't all under the rule of one individual, and also in the events around the time this map represents.

Ferdinand was also given suzerainty of the Kingdom of Croatia about the same time, but for some reason was not given full sovereignty.

The remaining territory on the map was taken from the Ottoman Empire in 1699, and was given over to junior members of the Habsburg family via secundogeniture.

As for Denmark and Sweden (and also part of the reason again for the Habsburgs) - the land holder may have held multiple titles granted on them, and their fealty might have been split (which could have gotten messy in time of war). Kind of like how King William I of England was also Duke of Normandy, and so owed some fealty to the King of France. I haven't the time to really look into this bit, though.

It may be noted that the Holy Roman Emperor more or less claimed to be the legal and rightful ruler of everywhere.

The map in the original post is inaccurate about the borders of the Holy Roman Empire in the year 1700. During the War of the Spanish Succession the Austrian troops of Emperor Joseph I drove the French army out of northern Italy. Emperor Joseph collected millions of florins in Imperial War Tax from the states of northern Italy in 1708.

Furthermore, it is possible that some parts of south eastern France should be shown as within the borders of the Empire. At that time the King of France used a very simple title and didn't list all the many territories in France that he ruled.

"Louis, by the grace of God, King of France and of Navarre."

But in Provence and Forcalquier, parts of the Kingdom of Arles in the Holy Roman Empire, the King of France used the title of:

"Louis, by the grace of God, King of France and of Navarre, Count of Provence, Forcalquier and adjacent lands."

Thus acknowledging that Provence and Forcalquier were outside of the kingdom of France.

Starting in the Middle Ages for centuries a few rulers happened to inherit kingdoms, etc., outside the Holy Roman Empire and counties, duchies, etc. inside it.

Every single Catholic or Protestant Kingdom in early modern Europe sometimes had a monarch who also ruled states or fiefs within the Holy Roman Empire.

According to my answer here, for a few months in 1762 ten foreign rulers ruled fiefs in the Holy Roman Empire.

Which European nation had the most kings in the 18th century?1

Naturally it would have been good for the empire if an imperial nobleman who inherited a kingdom outside it decided to make it part of the Empire (despite possible strong opposition from his subjects) and pay tribute to the Emperor. The fact that was not done shows that imperial noblemen did not have a strong feeling of imperialism (i.e. loyalty to the Empire).

The regions marked as Swedish holdings were given to Sweden as part of the treaty of Westphalia, following the Thirty years war. They were not fully incorporated in the Swedish state. This meant that they had their own laws and diet, but were under a Swedish governor (this can perhaps be compared to how the Channel Islands today are not parts of the United Kingdom). Sweden also had rights of representation in the imperial diet as well as relevant Kreis diets.

The Swedish King's relationship with the Emperor of the HRE was complex: while technically a vassal, this did not really matter that much, since the title of Emperor at this point had lost most of it's power, even if the Emperor still held a lot of power as the head of the house of Habsburg. Also important was that Sweden together with France had rights to guarantee that the Westphalian peace would be upheld, which gave some right of interference in general HRE politics (Charles XII made use of this in 1707 in order to restore the rights of protestants in Silesia: in the end, the emperor acceded, but that had more to do with the military treat of the Swedish army than legal matters).

Not the answer you're looking for? Browse other questions tagged holy-roman-empire or ask your own question.

25
Why did the person in charge of a principality not just declare themself king?
13
Why are most monarchies in Europe of German descent?
2
Why was Hesse south of the Main left out of the North German Confederation?
-2
Which European nation had the most kings in the 18th century?