Identifying the Soldier in this minature painting

I bought a minature painting in a wooden / gilt frame. The portrait is signed Lila Sampson. Inside the frame was another miniature painting of a man in uniform. I am trying to find out more about both paintings. I would like to know if anyone could help to idenitfy the regiment of the soldier or any information about either painting. Lila Sampson was born in Derbyshire SAMPSON Lila fl. 1904-1922 She was a Portrait painter who lived in Tibshelf, Derbyshire and exhibited many works ar the Nottingham Castle Museum and also showed at the RA. [minature 01 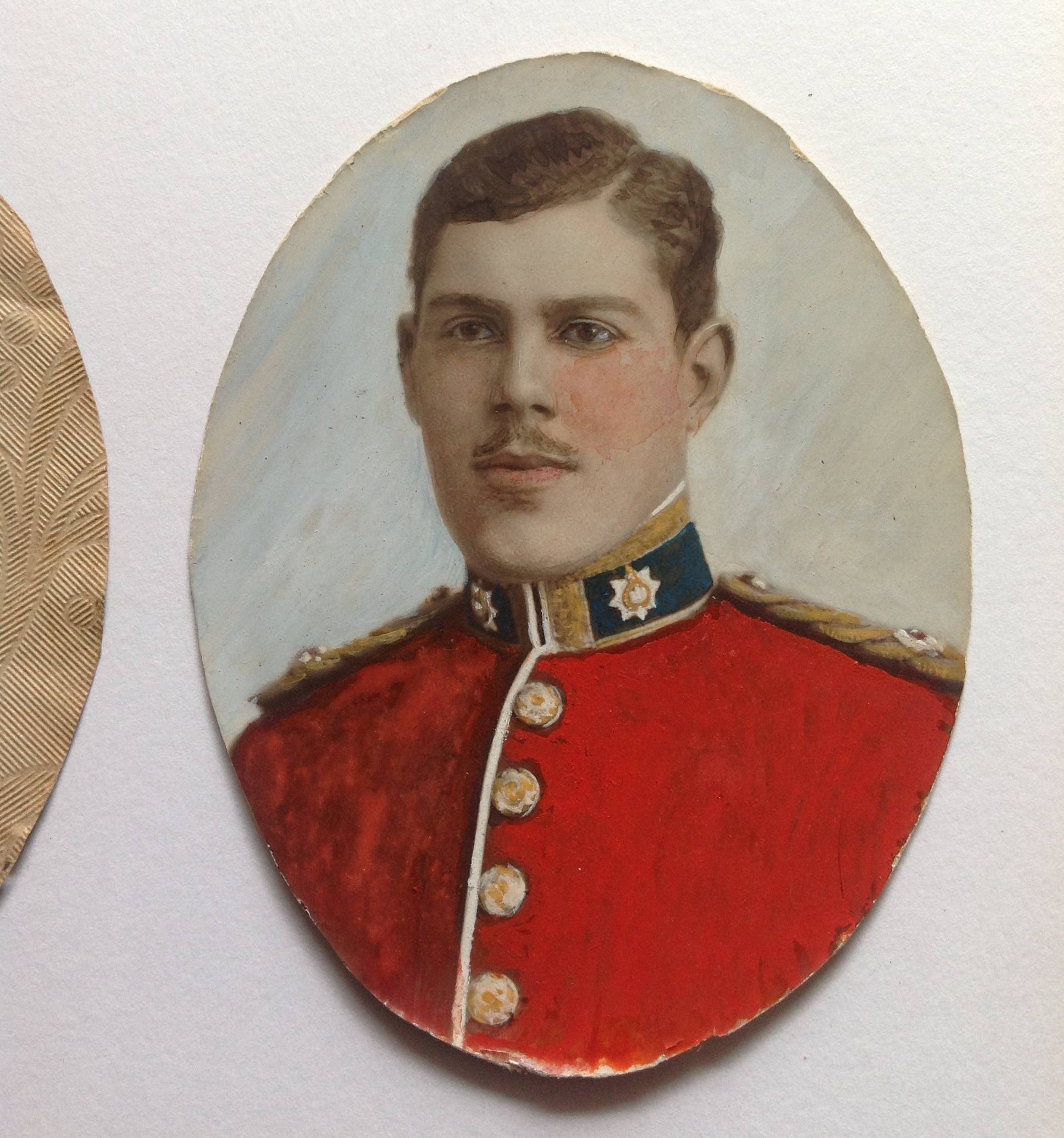 Here is the minature that was dislpayed in the frame, the painting of the soldier was found when I opened the frame. 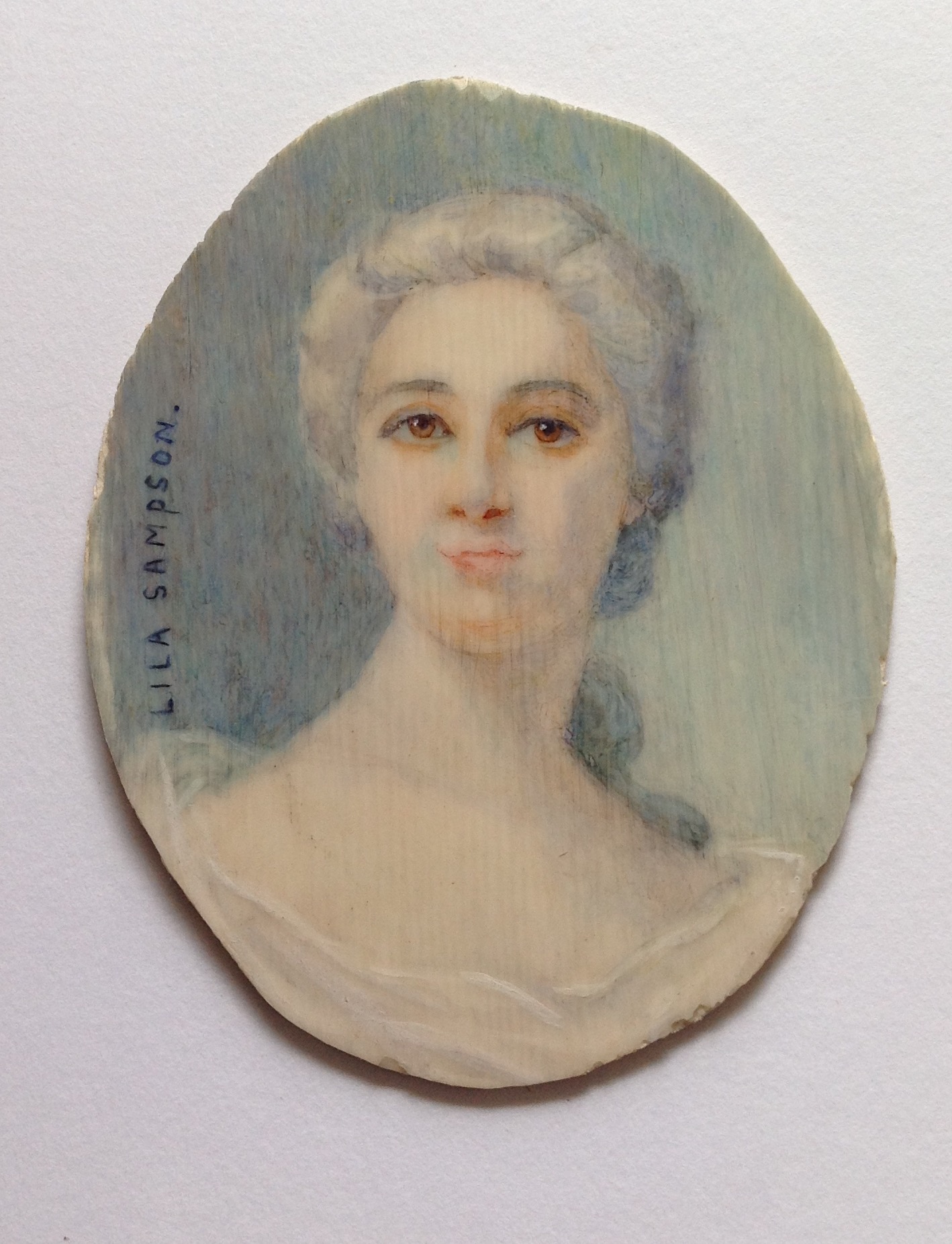 The regiment is identified by the collar badge. This soldier was a member of the Devonshire Regiment 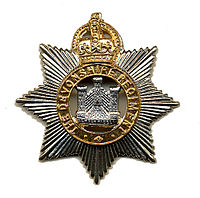 The Devonshire Regiment was a line infantry regiment of the British Army which served under various titles and served in many wars and conflicts from 1685 to 1958, such as the Second Boer War, the First World War and the Second World War.

I could say also that the soldier obvious has the rank of ____ due to my deep knowledge of British army rank insignia.

That would be a lie.

But cheating by looking at the Wikipedia article on British army rank insignia I deduce that he was probably a lieutenant in the period 1800 to 1902 or second lieutenant after 1902. The golden thread "things" on his shoulders each have two metallic appearing objects. The ones closest to his neck don't matter since they are part of all rank insignia. The ones farthest from his neck are probably "Bath stars".

During World War One the Devonshire Regiment expanded to a total of 29 battalions. I don't know how many of the hundreds of new second lieutenants during the war would have had red full dress uniforms like the one in the portrait.

Not the answer you're looking for? Browse other questions tagged military british-empire identification or ask your own question.