If the Union Jack joins the flag of England and Scotland, why does it have a different shade of blue than the Scottish flag?

This chart (public domain from Wikimedia Commons) illustrates the question. Is there an explanation for why the Union Jack have a darker shade of blue than the original Scottish flag that it's based on? 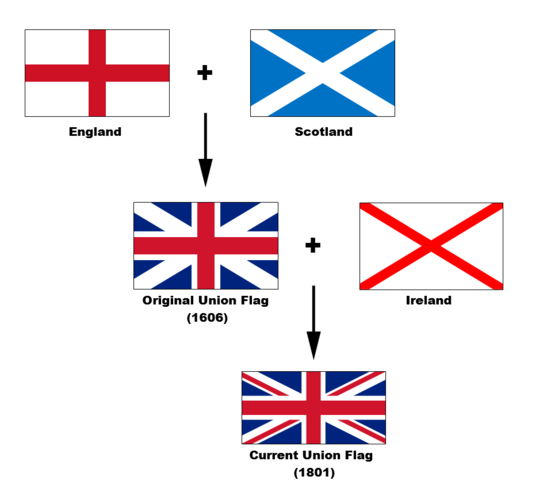 In 1606, people didn't have pantone guidelines to keep colours consistent - nor did it matter. Heraldry only has a limited number of colors. Variations on blue exist but are not standard, so any blue could be used.

It just so happened that the English were already using a blue, in the Blue Ensign being used by English ships. Wikipedia even suggests its darker colour was more durable:

Various shades of blue have been used in the saltire over the years. The ground of the current Union Flag is a deep "navy" blue (Pantone 280), which can be traced to the colour used for the Blue Ensign of the Royal Navy's historic "Blue Squadron". (Dark shades of colour were used on maritime flags on the basis of durability.)

Adapting the colours of the naval ensign made sense because the Union Jack was originally meant for naval use only. See the original decree:

Whereas, some differences hath arisen between Our subjects of South and North Britaine travelling by Seas, about the bearing of their Flagges...

14
Why did William Wallace lose while Robert Bruce won?
15
Why did the kingdoms of Scotland and England merge?
15
Why did Kabila discard the name and flag of Zaire?
15
Who is the banished Scottish King? (before 1560)
6
Flag of Paris: Why blue and red?
16
Flag with 13 white stars and a crescent on red background
10
Can anyone explain why the Scottish flag on this map from 1504 has a red cross on a white background?
6
What was the Hospitaller gonfalon like in the 12th and 13th centuries?