Vikings: The sagas of Ragnar Lothbrock and his sons

In the TV-show Vikings the sagas revolve around Ragnar and his sons. I was wondering whether there existed other Vikings who were more famous or conquered more than Ragnar or his sons did. This is excluding Ragnars brother Rollo of course.

As far as modern fame goes, in the English-speaking world it would be tough to surpass Beowulf.

As far as conquest goes, Ragnar appears to have been known mostly for raiding. Cnut the Great however, made himself king of a not inconsiderable empire covering Denmark, England, Norway, and southern Sweden. 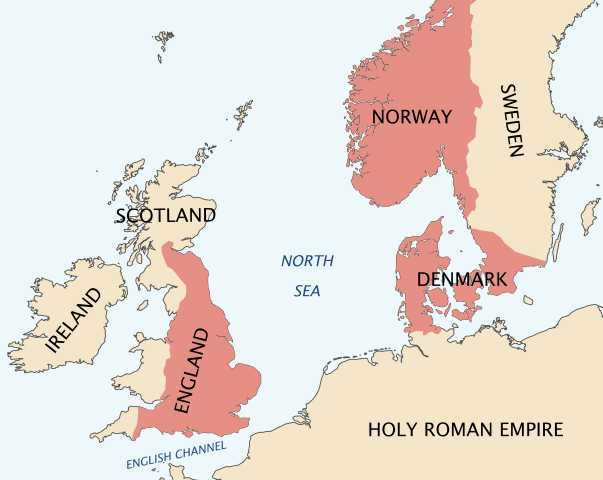 The Rus leaders who fought for and won control of the Russian river system from the Baltic down to the Black sea may well have scoffed at Cnut's paltry empire though.

Considering that Ragnar and his sons are figures as much out of legend as of history, I will answer with another legendary figure:

Ivar Vidfamne. According to Snorri, he began in Scania (today the southernmost part of Sweden), and began by conquering the (then much smaller) Swedish kingdom. He then went on conquer "all Denmark, a big part of Saxonia, the whole Eastern kingdom and a fifth of England." Snorri based most of his account on the older poem Ynglingatal, which he also quotes from, but nothing that supports this story.

He is further mentioned in a lot of other Norse sources. They all seem to agree on him conquering at least both Sweden and Denmark.

Snorri I have in translation to Swedish by Karl G. Johansson. Hervarar saga I found here. Other primary sources are mentioned by Wikipedia, I checked on Sögubrot (Swedish translation) and Af Upplendinga Konungum.

Not the answer you're looking for? Browse other questions tagged vikings or ask your own question.

14
What is known about how many Ulfberht swords exist?
12
Did the Romans ever encounter the Vikings?
23
What did Vikings wear in cold wet conditions at sea?
7
Did medieval Icelanders write with runes?
12
How prevalent was smallpox among the Norse in Northern Scandinavia, Iceland, & Greenland?
12
Why are Vikings singled out for raids in Britain and Ireland when records may indicate most raids were by local rulers?
5
Is there a genetic link between North America and Vikings?
5
Giving a child to Thor
35
Where did the “vikings wear helmets with horn” stereotype come from and why?