Why do some painted portraits show the subject pointing?

I've just been to the Royal Castle in Warsaw, Poland and I noticed that many of the portraits show the subject pointing at something, often out of the frame, for example this one.

The fact that the artist is unknown presents a problem in that different interpretations of hand gestures have been applied to different artists (see combination of pictorial and real space for example), especially when the subject is pointing to something out of the frame. However, there are some general 'pointers' which can be applied in many cases.

The most likely explanation for Augustus II’s gesture in the portrait below is probably this one:

A hand with the index finger pointing but level means the person is on the path and is proceeding along it - in process as it were. There is the added implication that they know where they are going - know their Destiny. 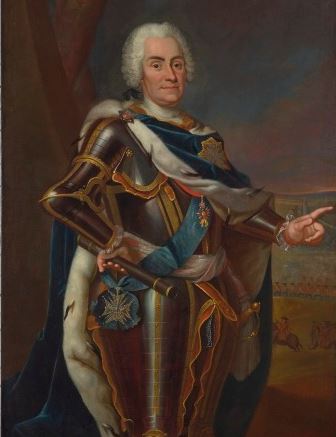 There is a look of confidence about the portrait as a whole, that the subject knows where he is going, an image which pretty much any ruler would want to project. The gesture with the left hand emphasizes this.

Another common gesture is pointing down, representing

...their Higher spirit reaching down for the soul. The implication being that the person is not yet on the path and is being 'searched for', as they are in a state of innocence [or ignorance if you prefer]. 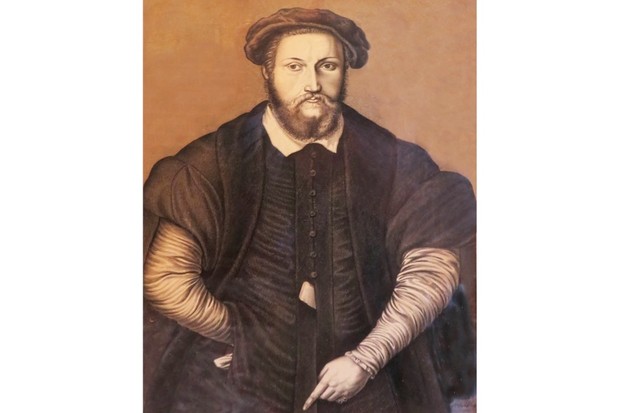 Pointing up is also seen in some paintings, perhaps most famously in Leonardo da Vinci's The Last Supper and also Saint John the Baptist, the common interpretation being (unsurprisingly) heaven. For example,

Generally, pointing at people or objects within the frame is used to draw attention to who or what is being pointed at.

13
What is the meaning of the hand gesture performed by King James II in the portrait by Peter Lely?

29
What is the meaning of people "looking elsewhere" on medieval paintings?
14
In Europe, why were there few portraits showing a real likeness of the subject before the 15th century?
5
Are there any Midas portraits from the ancient era?
2
Were any of Queen Victoria’s portraits widely publicised?
3
Is the use by old masters of camera obscura and optics in general a taboo topic in Art History, or was David Hockney's thesis wrong?
12
How do we know that Louvre version of Mona Lisa painting is the original one painted by Leonardo Da Vinci?
13
Why did Robert Walpole get painted with a crown on his right side?
1
Are there any old paintings (medieval period onwards) that actually depict the female genitalia rather than just leaving the pubic region empty?