Why did Ottoman Army use camels in the Siege of Vienna 1683?

I was reading up on Siege of Vienna 1529. I saw a rather curious image with camels in it: 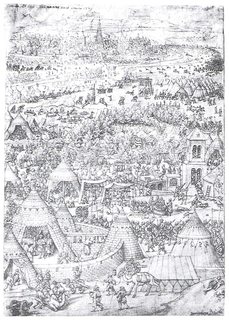 I was surprised to see Ottoman Empire using camels in the unfavorable European terrain where the camels were entirely unsuitable for operations.

The wiki article confirms usage of camels in the campaign:

Many large-calibre cannons and artillery pieces became hopelessly mired or bogged down, leaving Suleiman no choice but to abandon them, while camels brought from the empire's Eastern provinces, unused to the difficult conditions, were lost in large numbers. Sickness and poor health became common among the janissaries, claiming many lives along the perilous journey.

So not only does this prove that Camels were indeed used in the campaign but also that the results were disastrous.

So I thought maybe Ottomans learnt the lessons from this campaign. But I was surprised to see that Camels were again used in the Siege of Vienna 1683.

This is attested by testimony of King John Sobieski of Poland in the aftermath of the battle:

Ours are treasures unheard of . . . tents, sheep, cattle and no small number of camels . . . it is victory as nobody ever knew before, the enemy now completely ruined, everything lost for them. They must run for their sheer lives . . . General Starhemberg hugged and kissed me and called me his saviour

It is also attested by archaeological finds of remains of 17th century Camels in Vienna.

Why did Ottomans use Camels again when they had been proven to be unsuitable to European theaters (In regards to both climate and terrain) in the first attempt to take Vienna?

I can come up with the following explanations:

The Ottomans used camels because they have several advantages over horses. Among other things, they can carry more than horses and adapt well to a variety of climates (even cold ones) and terrain, and were thus ideal for transporting the large quantities of supplies needed by the Ottoman armies.

Camels were used in large numbers by the Ottomans for a number of very good reasons. The setbacks of 1529 and 1683 at Vienna were primarily due to insufficient firepower in order to breach the walls of Vienna, not to the use of camels. In this regard, the campaign of 1683 did indeed repeat the mistake of 1529.

One hundred and fifty-four years had passed since the first siege of Vienna in 1529. The Turks had possessed no heavy guns then and it is strange to note that they also had none in 1683.

The campaign of 1529 was also hampered by unusually wet weather which meant most of the heavy artillery was left behind. While the camels would have preferred a warmer, drier climate

Reports on the US Army’s experiment with a Camel Corps before the Civil War provides further evidence of the advantages of using camels in different environments. U.S. Army LT George H. Crosman noted that

Their feet are alike well suited for traversing grassy or sandy plains, or rough, rocky hills and paths, and they require no shoeing…

Camels, as noted by Donald Quataert in The Ottoman Empire 1700 - 1922, were primarily used by the Ottomans for transport.

...horses dominated the Balkan transport routes while camels tended to prevail in the Arab and Anatolian lands. To this general rule, there were exceptions. Ottoman armies had used massive numbers of camels to transport goods up the Danubian basin

While horses are faster over short distances, camels are hardier, have greater endurance and can carry much heavier loads. Quataert continues thus:

Superior to all other beasts of burden, the camel could carry a quarter-ton of goods for at least 25 kilometers daily, 20 percent more weight than horses and mules and three times more than donkeys. Mules, donkeys, and horses, however, often were preferred for shorter trips.... because of their greater speed.

There is some dispute as to how much more weight than a horse camels could carry as Halil Inalcik, in ‘An Economic and Social History of the Ottoman Empire, Volume 1’ says that they had double the capacity. Perhaps the difference has to do with the size of the animal, but there is no doubt that camels could carry more, also when compared to mules, as the US Army Camel Corps discovered in 1856:

The mule drawn wagons, each carrying 1,800 pounds of oats, took nearly five days to make the return trip to camp. The six camels carried 3,648 pounds of oats and made the trip in two days, clearly demonstrating both their carrying ability and their speed. Several other tests served to confirm the transporting abilities of the camels and their superiority over horses and mules.

The camel was used in the transport of all kinds of heavy equipment, such as arms and ammunition and provisions for the army... The Ottoman army was able to move from the Euphrates to the Danube in one season with all of its heavy equipment and arms. Without the camel, transport costs would have been prohibitive for carrying wheat, flour and barley for provisioning the army...

Although the Ottomans primarily used camels for transport, they could also be effective against horse cavalry as they are more intelligent than horses and less inclined to panic in difficult situations. Also, horses don’t like the unfamiliar smell of camels and spook easily

If a horse isn't familiar with something, it's much more likely to spook than a camel.

However, despite the discovery in Vienna of the remains of a camel which was clearly used for purposes other than transport, the Ottomans do not appear to have used many (or even any) of these beasts for fighting on the campaigns in Austria. All of the sources I have consulted on the Ottoman army only mention camels as beasts of burden. The Ottoman cavalry was comprised mostly (maybe even exclusively) of horses, not camels, and one camel 'find' cannot be interpreted as evidence of a unit of camel cavalry – maybe this camel was simply ridden by someone in the Ottomans' multi-national army (which included Arabs) who was more used to camels than horses.

Finally, it should be pointed out that the Ottomans didn’t just lose lots of camels in 1529. They also lost much of their artillery, many janissaries and thousands of infantrymen (but no one would suggest not taking any of these). The light infantry seemed to have fared best but, as the Wikipedia entry points out, they weren’t much in a siege.

(all highlighting is mine, not the sources')

I believe it is much simpler than put forward in other answers - One uses the beasts of burden one has.

Here is the Ottoman Empire a few decades before the Siege of Vienna: 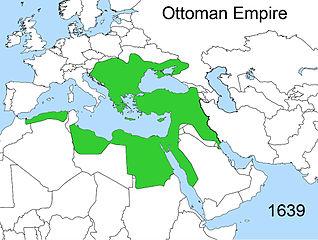 It is readily apparent that it contains vast territories favouring camels over horses (mostly Arabia, Egypt, and Libya) as well as those that favour horses over camels (basically everything north of and including Anatolia) and territories with little bias (Greater Syria and Mesopotamia).

When planning a campaign, once all the troops ideal for the campaign conditions have been identified an assessment must be made as to whether that force is sufficient. If not, then additional troops must be identified that are (as little as possible) less than ideal.

Note that it is a non-trivial problem to convert camel-drawn transport and -mounted troops to use of horses. The tack is very different, and horses would typically be 4 or 5 years old before being suitable for an arduous campaign. But even before the campaign horses themselves are obtained, sufficient breeding mares must be obtained. For an army the size of the Great Sultan's perhaps three or four generations of breeding would be necessary to raise the requisite number of horses.

This is not the work of a season, a year, or even a couple of years. Planning to convert massive numbers of camel-drawn and -mounted units would take a decade or even two. And after the campaign, all those units would have to be converted back to camel transport. At some point, an assessment of the conversion's worth must be made - perhaps it is better to accept the lesser effectiveness of the camel-drawn and -mounted troops, and simply take a few more of them.

I think the supposition is incorrect: There is no historical evidence to show that Ottoman Camel Cavalry was involved.

As a mode of transport, perhaps, camel was used but, as a fighting unit, there is no historical source to suggest that the Ottoman camel cavalry was used extensively, in general, or, specifically in Battle of Vienna, 1683.

No Camel Cavalry in Battle of Vienna 1683

That quote (in the question) is a reference to spoils of war, of non-fighting units. If it did include booty of fighting units, it should have had horses because the Ottoman military had horse-cavalry, i.e the sipahis (cavalrymen):

Ours are treasures unheard of . . . tents, sheep, cattle and no small number of camels . .

Since there was no reference to horses, I believe this reference to camels is probably a reference to draught animals (including camels) as used in transport/logistics (i.e. camel caravans), and not fighting-units.

The Wikipedia entry has no reference at at all to camels in Military of the Ottoman Empire.

There is no mention at all of camel cavalry in the entire section of Ottoman cavalry, only horses.

In explaining how a completely preserved camel skeleton uncovered at the River Danube in Tulln, Austria, The Smithsonian (in 2015) concluded that it was probably exchanged or left behind from the 1683 Battle of Vienna by the Turks. The important point is the archaeologists were surprised at the discovery of camel remains. We can, therefore, surmise that camels were not used in the battle, i.e. there was no known camel cavalry in Battle of Vienna, 1683.

The discovery of a fully intact camel skeleton in a cellar in Tulln, Austria, in 2006 left archaeologists scratching the heads at how the desert animal ended up on the banks of the Danube. Almost a decade later, a team of researchers in Austria report that they think they have now pieced the puzzle together, they reported last week in a PLOS ONE study.

The story goes back to the two months that led up to the epic 1683 Battle of Vienna, a turning point in the 300-year conflict between the Muslim Ottoman and Catholic Austrian empires. (Researchers dated the camel using the other artifacts buried with it – specifically, coins and a bottle of medicine.) Before the hundreds of thousands Turkish soldiers sieged the city, they likely interacted with the locals on somewhat friendlier terms. Or, at least, the Turks impressed the people of Tulln with their four-legged rides.

To end, I think it is going beyond the scope of reason, by looking at images and quotes provided (in the question), then make a deduction that the Ottomans had extensive use of camels as a fighting unit, in general, and in Battle of Vienna, specifically.

NOTE: I have used volume 2 of The Cambridge History of Turkey, although volume 3 covers the period (1683) because there was no dedicated discussion of the Ottoman military cavalry in this third volume.

Not the answer you're looking for? Browse other questions tagged warfare ottoman-empire early-modern habsburg or ask your own question.

13
What did contemporary countries in Europe call the Ottoman Empire?
21
Why is it called the “Ottoman” Empire in English language?
6
Jerusalem 1187: How would Saladin's army have laid siege to the walls?
8
What information would be contained on an Ottoman Tapu deed in the 1830s?
3
Did teenage Sultan Osman II use people as targets?
22
Did the Ottoman empire suppress the printing press?
4
Why did a Venetian colonel defect to the Ottomans during the siege of Candia?