Is there a name for the WPA Art Style?

There seems to be a discernable common (although not universal) style to a lot of the art produced by the WPA during its history (1935-1943). I'd characterize it as more simplistic than realistic, with pastel colors and socialistic themes (usually depicting working men and women, rather than famous people or leaders). 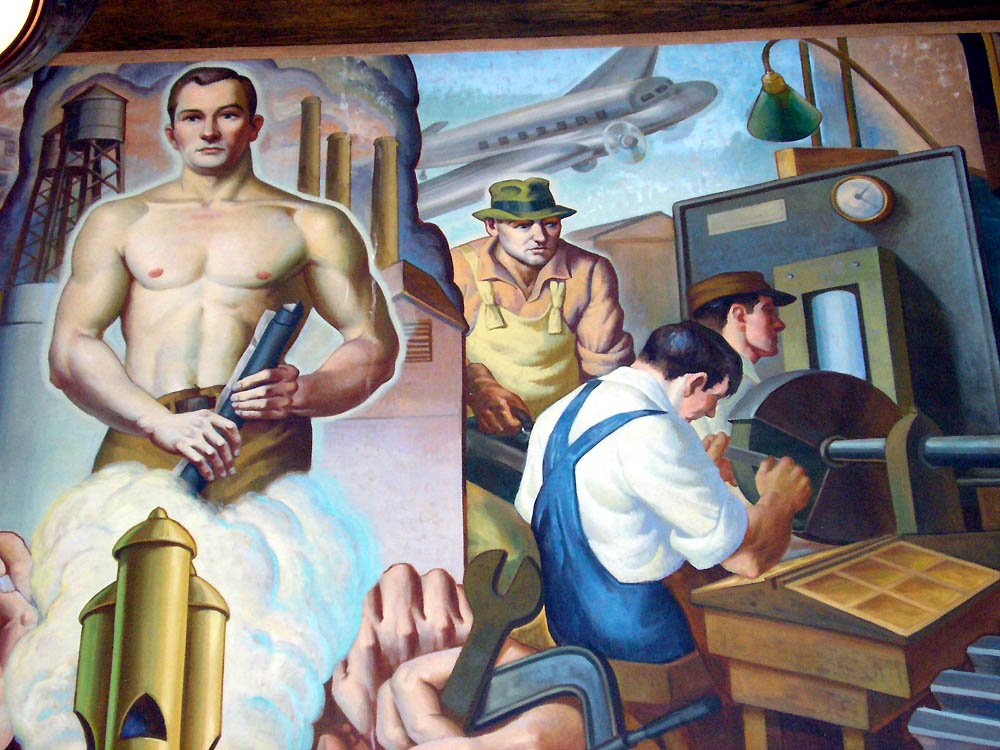 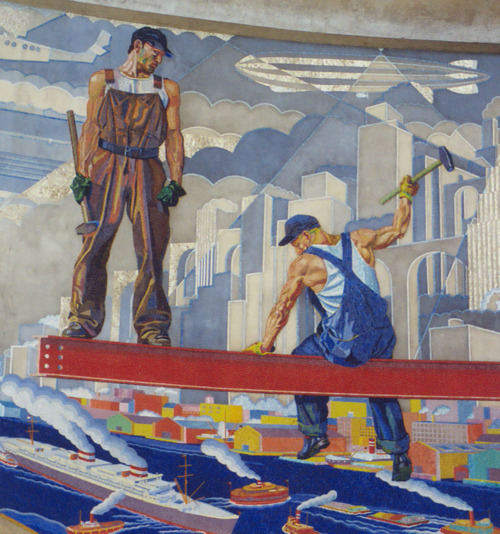 However, I've looked through Wikipedia's entire list of art "periods", and can't find one that seems to specifically designate it. Is there an accepted name for this art style? If so, what is it?

Another interesting and great question!!! 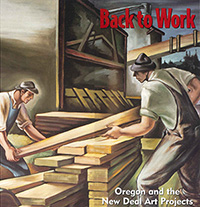 Social Realism.
While the Roosevelt New Deal Workers Progress Administration, WPA did not mandate realism or non-realism art. It was about employing artists during the Great depression. Many Artists had sympathies which leaned further to the left than capitalism. What the Roosevelt Administration wanted was art which showed their make work initiatives tied to American working class values. What the administration and the social realists had in common was respect for the dignity of the working man.

Social Realism
During the 1920s, American artists searched for a greater importance within society. The presence of Mexican muralists Diego Rivera and José Clemente Orozco in New York City, together with the widespread teachings of Karl Marx and Vladimir Lenin, served as inspiration to the emerging artists. Later, with the lingering effects of the Great Depression of 1929, President Franklin Delano Roosevelt's Works Progress Administration (WPA) provided many struggling artists with patronage, a sense of community, and the mandate to paint realistically. Within the above historical context, a very large and diverse group of artists later called the Social Realists joined together to publish magazines, organize unions, convene artists' congresses, and publicly agitate for the importance of their revolutionary work, the role of the artist within society, and radical anti-capitalistic change for America.

The sources I've found differentiate Social Realism and Socialist Realism associated in the Soviet Union at around the same time. Different, but related evidently. 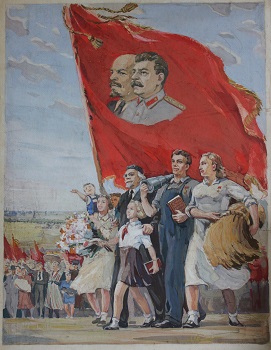 10
Was there anything like an African-American architectural style or symbolism at the beginning of the 20th century?
3
What were the reasons for the Federal Art Project?
4
When was the concept of "art criticism" first seen?
4
Is there a special name for the beginning of the 20th century?
3
During the Great Depression in America, was there an increase in popularity of Communism?
12
What is the period/term used describe Giuseppe Arcimboldo's style of painting?
1
What is the name of this photographer?