The meaning of Pan-India Character? [closed]

What is meant by the Pan-India Character during the Mauryan Empire at the time of Chandagupta Maurya ?

The Mauryan Empire, if we look at this map, covered a large region: 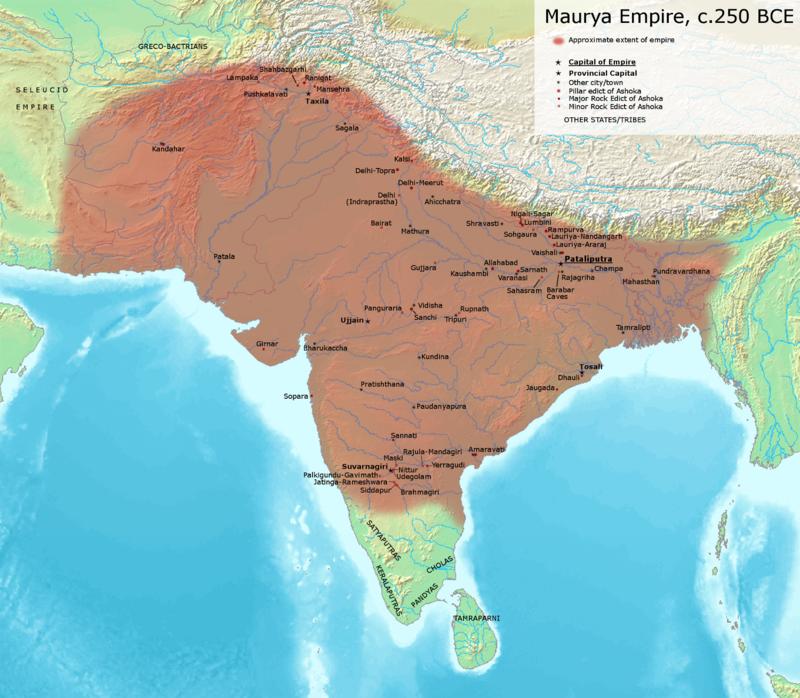 and the word pan- can be defined as:'"all, every, whole, all-inclusive'

so, Pan-India is indicating the fact that this empire literally covered all of the Indian region:

The Maurya Empire was one of the largest empires of the world in its time. At its greatest extent, the empire stretched to the north along the natural boundaries of the Himalayas, to the east into Assam, to the west into Balochistan (south west Pakistan and south east Iran) and the Hindu Kush mountains of what is now Afghanistan.[7] The Empire was expanded into India's central and southern regions[8][9] by the emperors Chandragupta and Bindusara

The 'Character' aspect of the phrase may again relate to the definition, the 'all-inclusive' part. Again from the Wiki :

Mauryan India also enjoyed an era of social harmony, religious transformation, and expansion of the sciences and of knowledge. Chandragupta Maurya's embrace of Jainism increased social and religious renewal and reform across his society...

21
What was the legal framework in Ancient India?
3
What evidence is there that Jesus went to India?
28
Why didn't Alexander invade India?
15
Is it true that Proto-Ukrainians conquered Europe and India?
7
Why do people say, “Alexander the Great conquered the world?”
10
When did Northern India and N. China begin to dominate in global demographics?