More cases of visiting politicians having their own entourage/followers beat up protesters?

During a recent visit of Turkey's president Erdogan to Washington, his bodyguards (and maybe other members of the entourage) attacked a small group of protestors. This is odd insofar as, it is a blatant and very visible violation of the host countries monopoly of force - the protestors where not directly threatening Erdogan or members of his entourage, so there was no justification of self defense.

The only other similar incident I can think of was the visit of Persian Shah Palevi to Berlin in 1967, when so-called 'Jubelperser' attacked (aided by the police). According to this article, the 'Jubelperser' where SAVAK agents, other (German language) sources claim they where recruited among Shah loyalists living in Germany and led by SAVAK personnel.

Did, since the end of WWII, another such incident happen anywhere?

To be clear, I am not interested in self defense by bodyguards.

April 17, 1984. At demonstration outside of the Libyan Embassy in London with about 75 protesters demonstrating against the government of Colonel Muammar Gaddafi. Specifically protesting against Gaddafi's recent execution of two students in Libya.

I remember at the time it was reported that a nephew of Gaddafi was in the embassy and was claimed to be the shooter. In 2015 the British picked up Dr Saleh Ibrahim Mabrouk, a former Libyan Education Minister and advisor to Gaddafi and charged him with the crime. The case was eventually dismissed when the British government reportedly declined to allow sensitive intelligence in the prosecution. 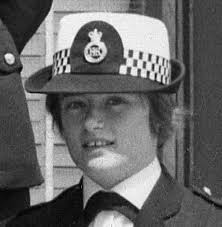 The Libyan government in 1999 accepted responsibility for the death of Yvonne Fletcher, and paid compensation to her family.

The British government took no further official action following the ending of diplomatic relations with Libya. Some unconfirmed reports even suggested that Fletcher's murderer had been hanged shortly after returning to Libya in 1984. But at a meeting with the British ambassador to Egypt in 1992, Libyan Colonel Abdul Fatah Younis apologised on behalf of the Libyan government and offered to extradite her killers. However, the Foreign Office did not accede to the offer.

A Turkish minister went to Holland for a (Turkish) political rally in March 2017. She was told not to do that, but she traveled by car to the Turkish consulate in Rotterdam. There she and her entourage were stopped by Dutch anti terrorist police and escorted out of the country. The news reported/insinuated she was declared persona non grata, but I can't find that in (official) writing.

The incident was very welcome for both Erdogan and premier Rutte of The Netherlands as that time. Edgogan needed someone bad to focus his attention on, as did Rutte. Consequently, he won the elections, following a week later.