Looking for source for Jefferson Davis with Bat Wings

Some time ago I came across a large print of Confederate President Jefferson Davis with bat wings, which was ostensibly printed in a northern newspaper during or shortly after the American Civil War. Has anyone else ever come across this print? I've been trying to find it recently without success.

If you are looking for a specific picture then you are going to have to get a lot more descriptive in your question. And a lot less picky in your down votes.

Jefferson Davis pictures where he had bat wings or could be interpreted as such. 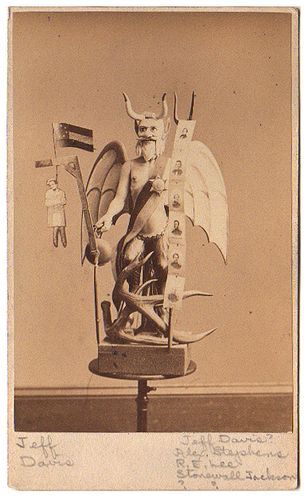 This is actually a picture of the devil.. holding photographs of famous southerners, of which Jefferson Davis is one. 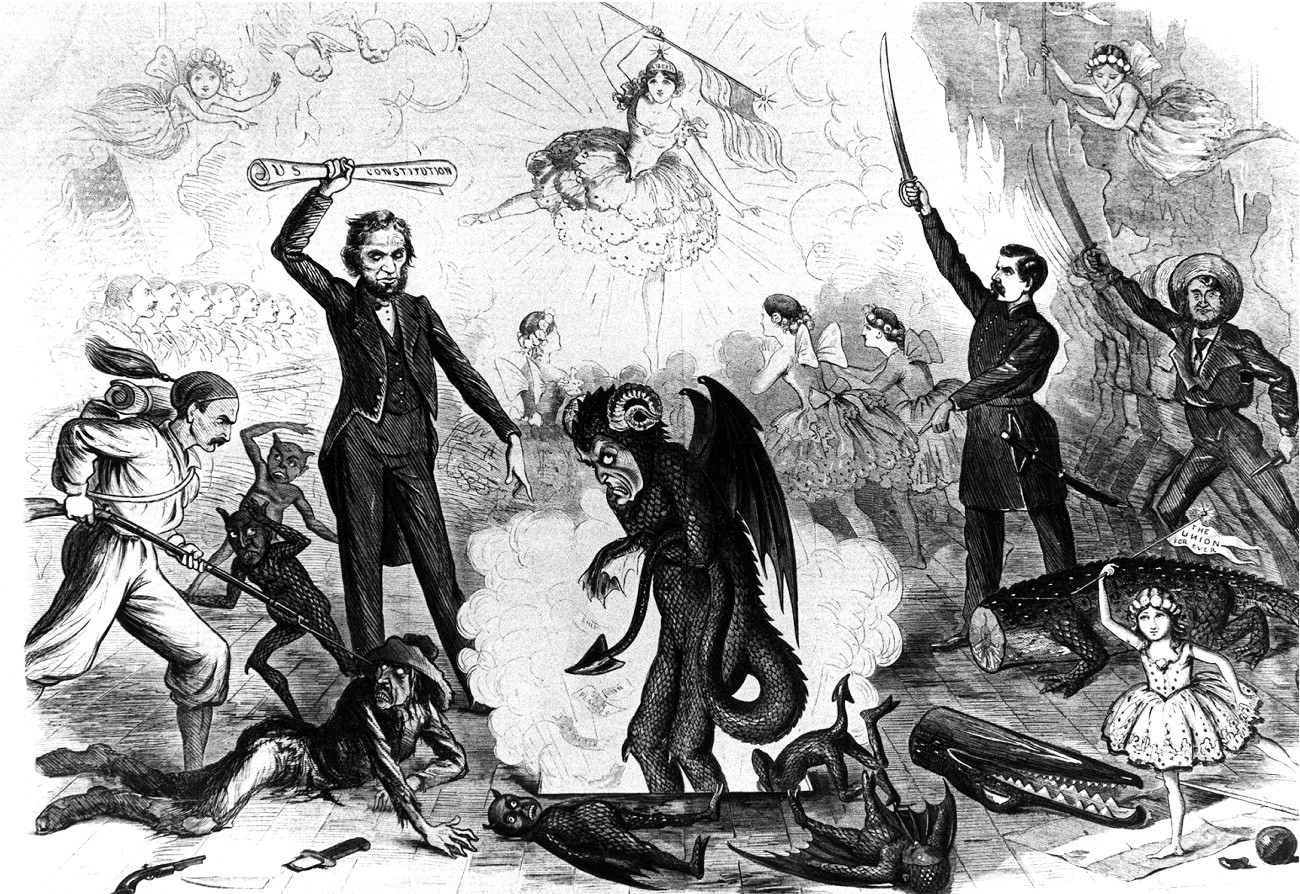 Lincoln calling down angels and his military generals and sons of the Union to do battle with the South represented as devils and rodents. 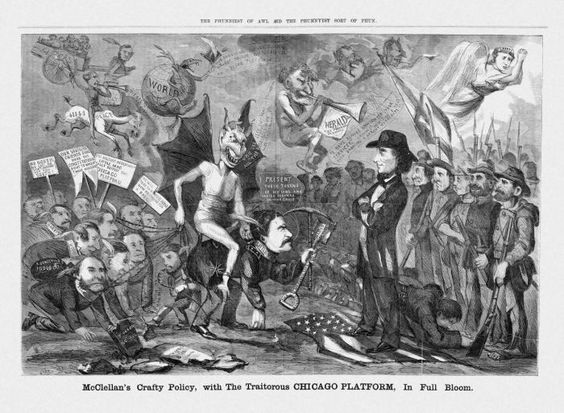 In this one, the Devil, Jefferson Davis is riding on the back of George B. McClellan who was running for President against Lincoln in 1864. McClellan was seen as favoring south and thus Davis is depicted as riding him.

Not the answer you're looking for? Browse other questions tagged american-civil-war confederacy or ask your own question.

6
What were General Johnston's options during the Atlanta campaign?
9
Did Lincoln “usurp” his war powers?
6
An American Civil War battle where a general was ordered to advance to a certain point and wait . . . so waiting was all he did?