What kind of object is pictured in these two Roman fresco wall paintings? 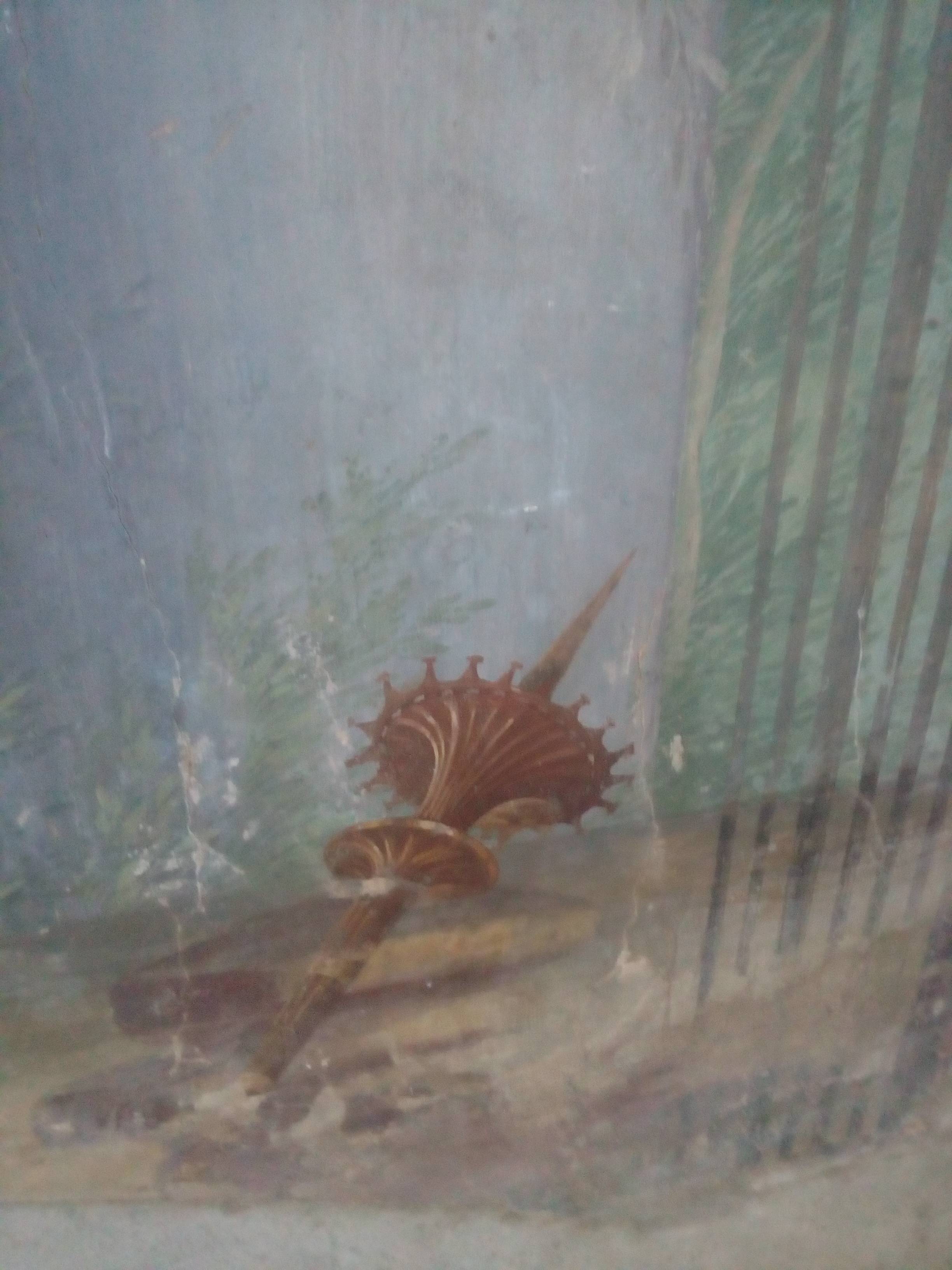 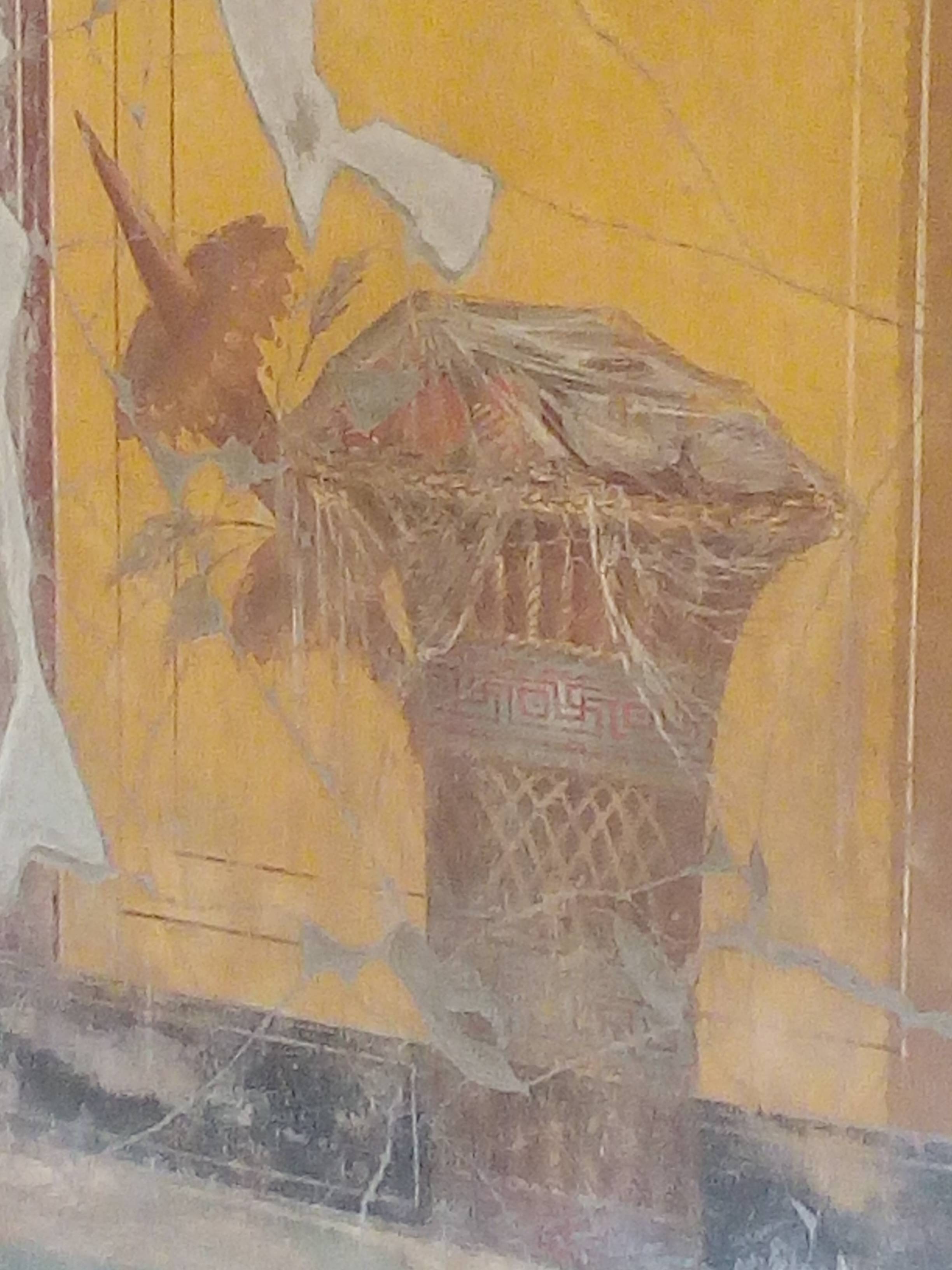 Both are paintings in the same house near Naples. They were excavated from the ashes of the eruption of Mt. Vesuvius.

Apparently, they picture the same kind of object. But what is it?

These images are from the Villa Poppaea, and seem to represent an ornamental torch used in Roman religious rites. The first image is from the base of a full wall fresco shown here representing a view of a sacrificial tripod resting on a column: 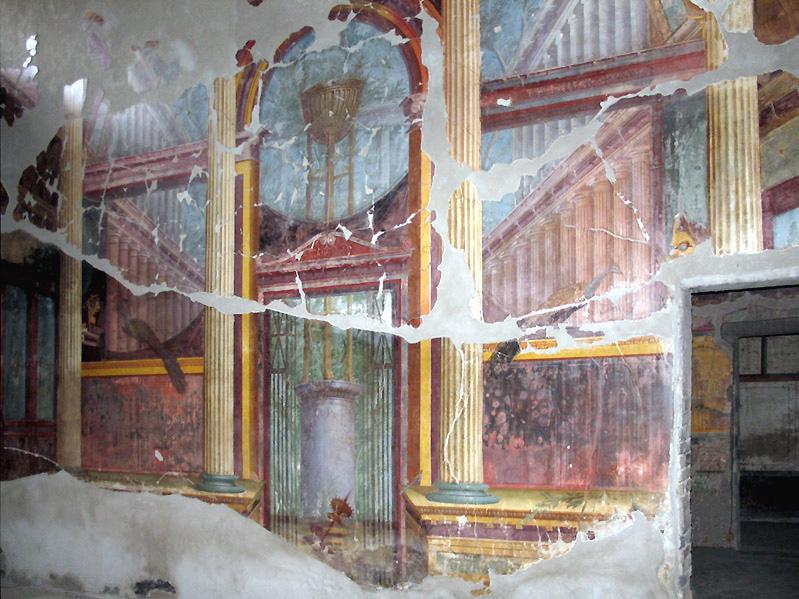 The image from the question is a bit distorted, but you can see and read more here, where the item is described as (emphasis mine) a

'Villa di Poppea, Oplontis, room 15, detail from a wall-painting depicting the torch of Apollo and a sacrificial bucranium (bull's skull)'

So it appears this is an ornate torch, probably meant specifically to start sacrificial fires in worship of Apollo. (More about the bucranium here, which can be seen better in the answer by sempaiscuba).

The second image, from a different room, may represent a similar sacrificial scene. From this article discussing sacrifices:

A third class of unbloody sacrifices consisted of fruit and cakes. The former were mostly offered to the gods as primitiae or tithes of the harvest, and as a sign of gratitude.

The second image seems to represent this type of scene, showing the fruits and cakes waiting to be sacrificed to ensure a good harvest.

The object is a "Torch of Apollo": 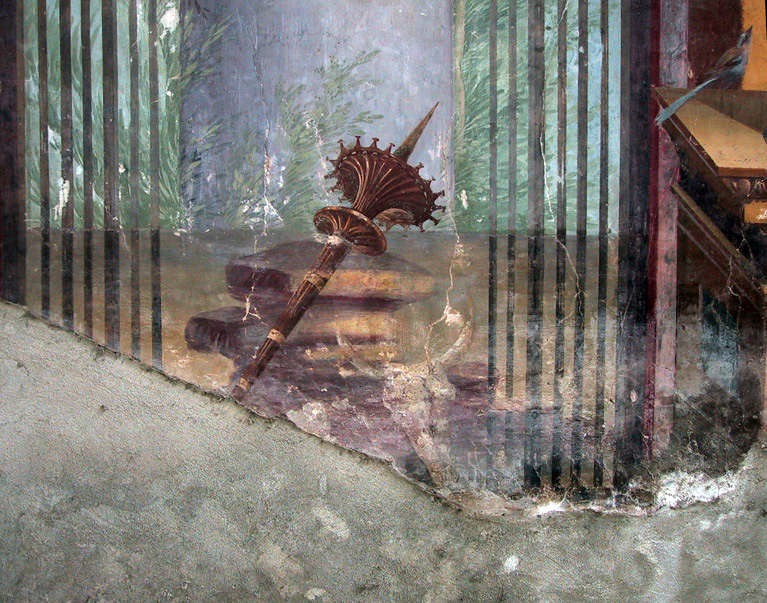 As Maurice Owen explains, this was often used (along with other imagery) to indicate a sanctuary dedicated to the god Apollo.

Not the answer you're looking for? Browse other questions tagged ancient-history roman-empire identification or ask your own question.

13
What kind of device is pictured on this Roman mosaic from Villa Tellaro, Sicily?
4
Was the use of imperial nicknames in ancient Rome meant as an insult?
7
How were Aksumite ships constructed?
9
What does King Henry III have on his lap in this illustration from a Matthew Paris chronicle?
11
Was there a Roman city in the Plain of Sarajevo?
7
Help identify this poster of early 1900's movie with a woman sitting on a bench and a man behind holding her arm
4
Can you help identify this European military uniform and medals?