Quick question for anyone knows about historic WWII Nazi artefacts. These patches were found in my grandfather's basement after he died. He served in WWII in Germany. Are these actual Nazi patches or just some crazy biker's patches? 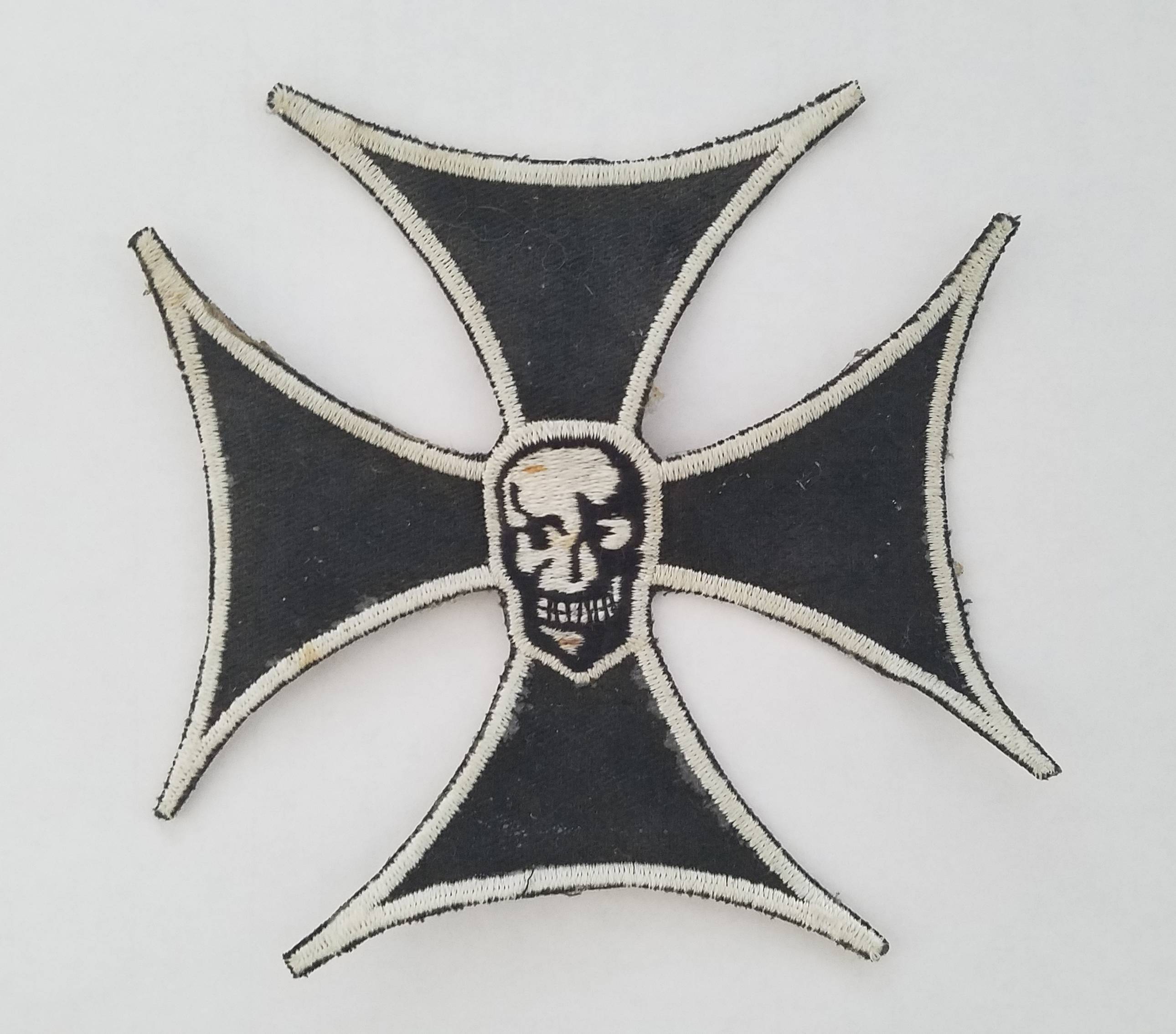 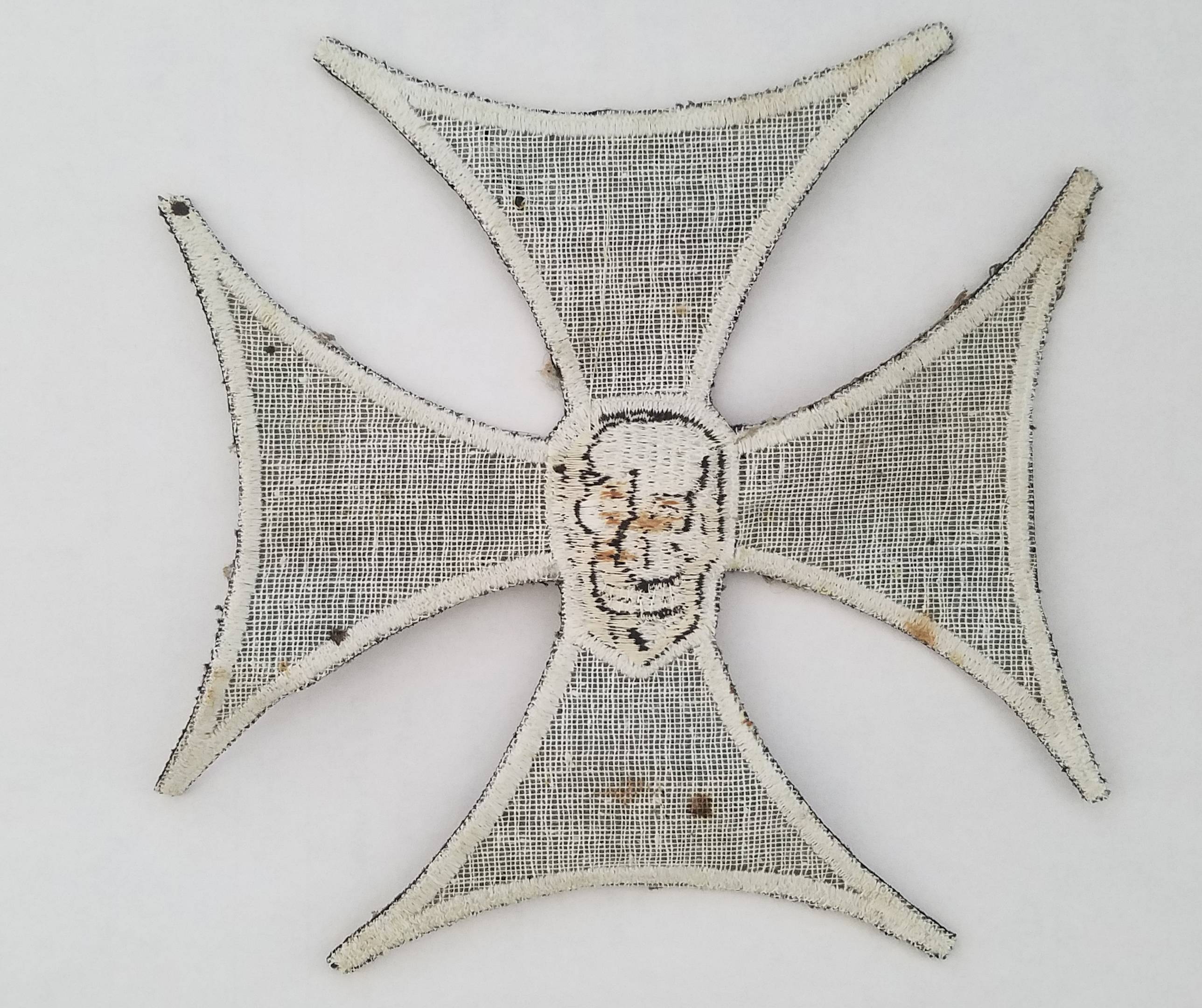 That seems to be a Harley Davidson biker's patch from a few decades ago, on sale as a collectable here. The Third Reich use of the Totenkopf symbol had a quite different design.

Here is Generalfeldmarschall August von Mackensen showing off his Best Hat Evar. This photo was taken in 1914 just prior to WWI. He's in his full Hussar dress. Note the Death's Head and Iron Cross. 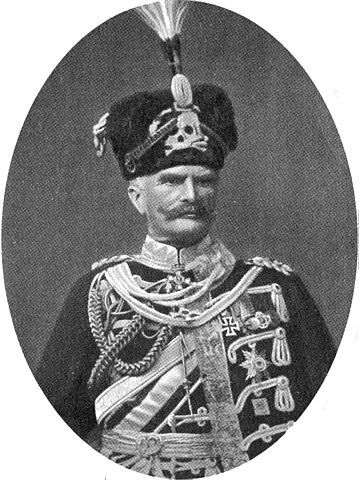 So, no, having a patch with an Iron Cross and Death's Head on it doesn't make him a Nazi...

...in his time. One must also consider the time he probably bought it. While we've become much more sensitive to anything remotely associated with the Nazis in the last two decades or so, the Iron Cross or Death's Head wouldn't have gotten that kind of reaction then. It would be seen more as a symbol of strength associated with bikers.

Alternatively, it would have been considered captured war loot that the US was awash in post-WWII. Though that patch is probably just some biker patch.

Wear it today at your own risk.

Recall that in your grandpa's day we would have been watching a TV show about the wacky hijinks in a Nazi POW camp! Post-WWII attitude towards Nazis was more about a defeated enemy to be ridiculed than an association with white power to be feared (also it was the 60s so white power was the status quo). 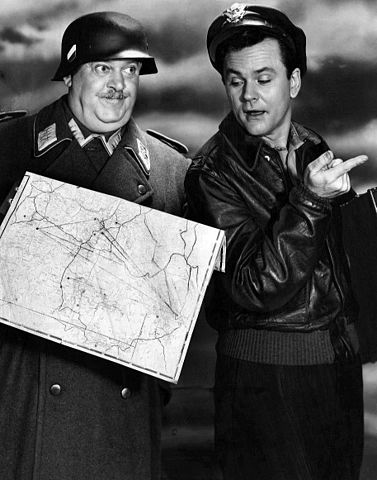 Not the answer you're looking for? Browse other questions tagged world-war-two nazi-germany or ask your own question.

29
Did Churchill and Roosevelt know about the Molotov-Ribbentrop Pact, or the following secret pacts between Nazi Germany and the Soviet Union?
11
What was Nazi Germany's end goal?
7
My Grandfather-Nationalist boarding schools in Nazi Germany
2
Why were Red Army Officers and soldiers not prosecuted for War Crimes in WWII?
13
Did Nazi leaders consider continuing guerrilla warfare after the collapse of Germany?
3
How did the Allies locate, identify and process Nazi War criminals?
1
Can anyone tell me if this is legit WW2 Nazi ring?