The Archbishop of Canterbury decreed in 1590 that clergy should provide men and armour for the defence of the realm against the King of Spain. Clergy in the diocese of Lincoln had a "Subsidy of Armour" recorded by the diocese then later published by the Lincoln Record Society.

A note in that record says

However, quite a few of the clergy provided "A Qua:" (the colon indicating abbreviation) and that doesn't match anything in the note. A "Quarrel" seems a rather tiny donation compared to a light horse, so seems unlikely.

Update One page in that list spells a Qua-word in full:

Look at your same document , pg viii(pdf page 18), which defines the abbreviations used. Qua is listed as

the equipment of a man armed with a caliver or harquebus. 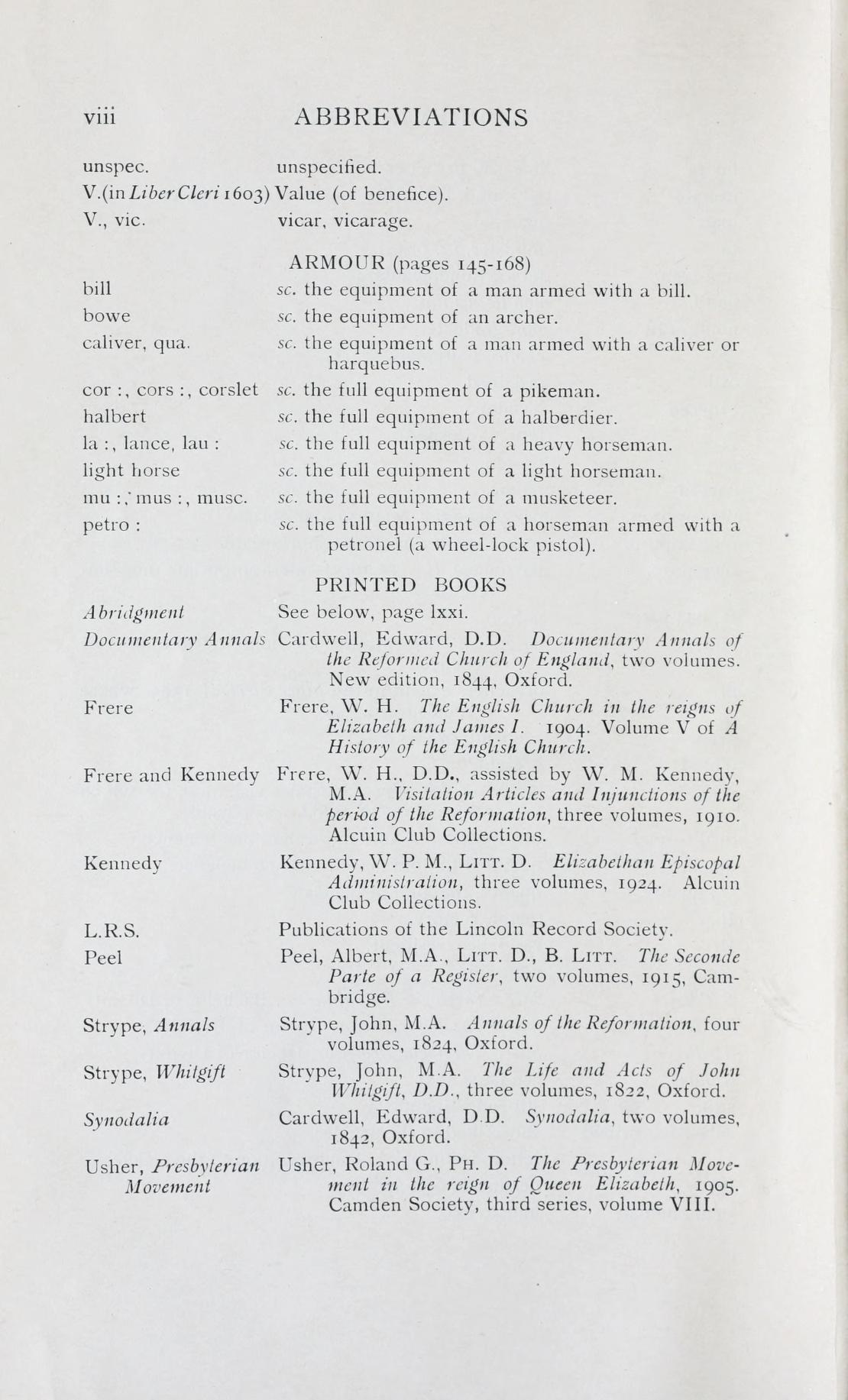 I just found an online copy of the Subsidy of Armour, published by the Lincoln Record Society. In it, the items enumerated are listed in a footnote. A "Que". is indeed a caliver in this context.

Not the answer you're looking for? Browse other questions tagged weapons 16th-century or ask your own question.

18
What was "Greek fire"?
4
What was the name of Delhi during the period of Akbar ruling in parts of India?
20
How was armour rusting in the rain handled throughout history?
6
What was involved in "grounding arms?"
8
Why was the capital of Poland moved from Krakow to Warsaw in 1595?
3
What was the original cost of a Sharps Rifle?