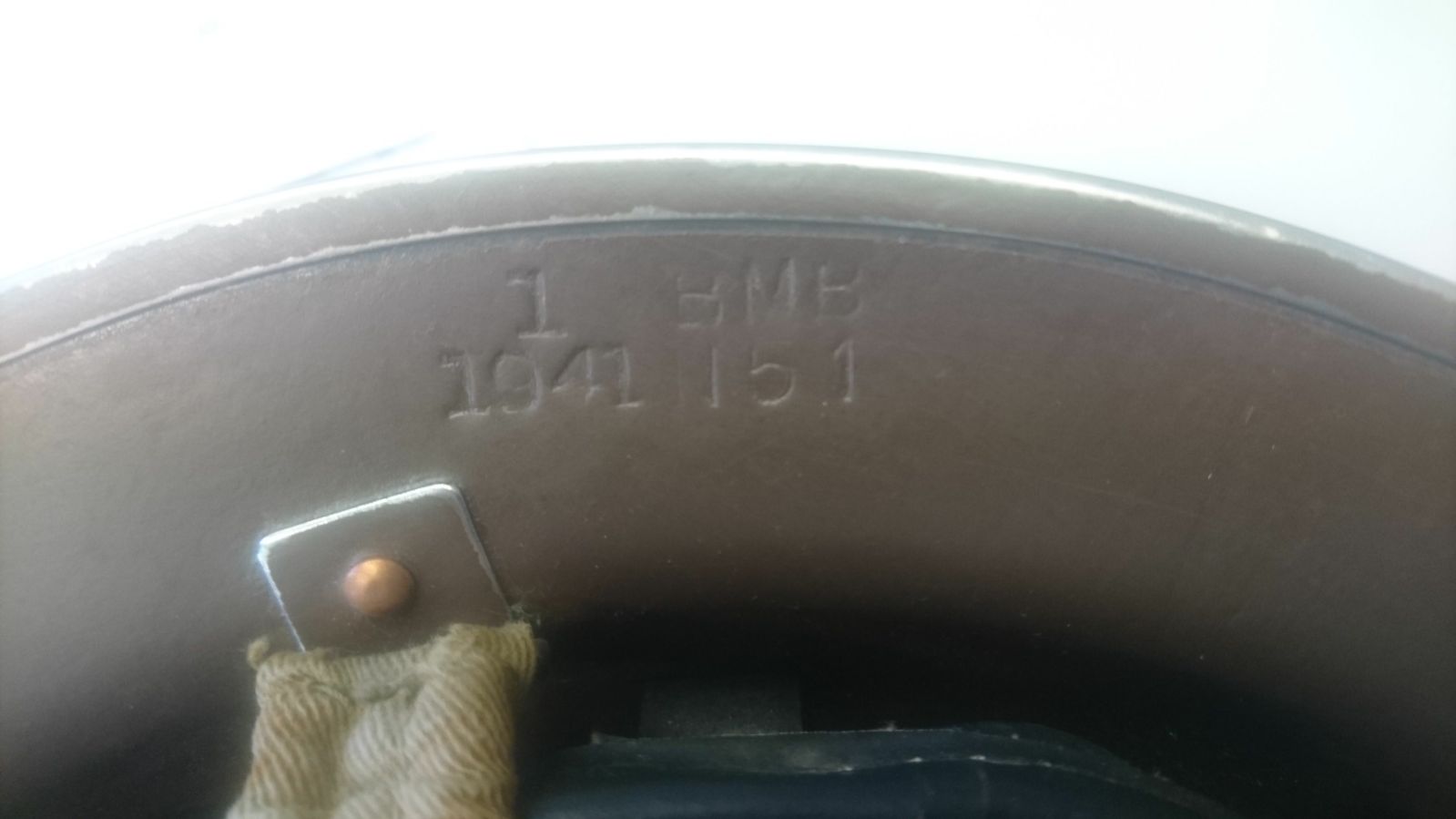 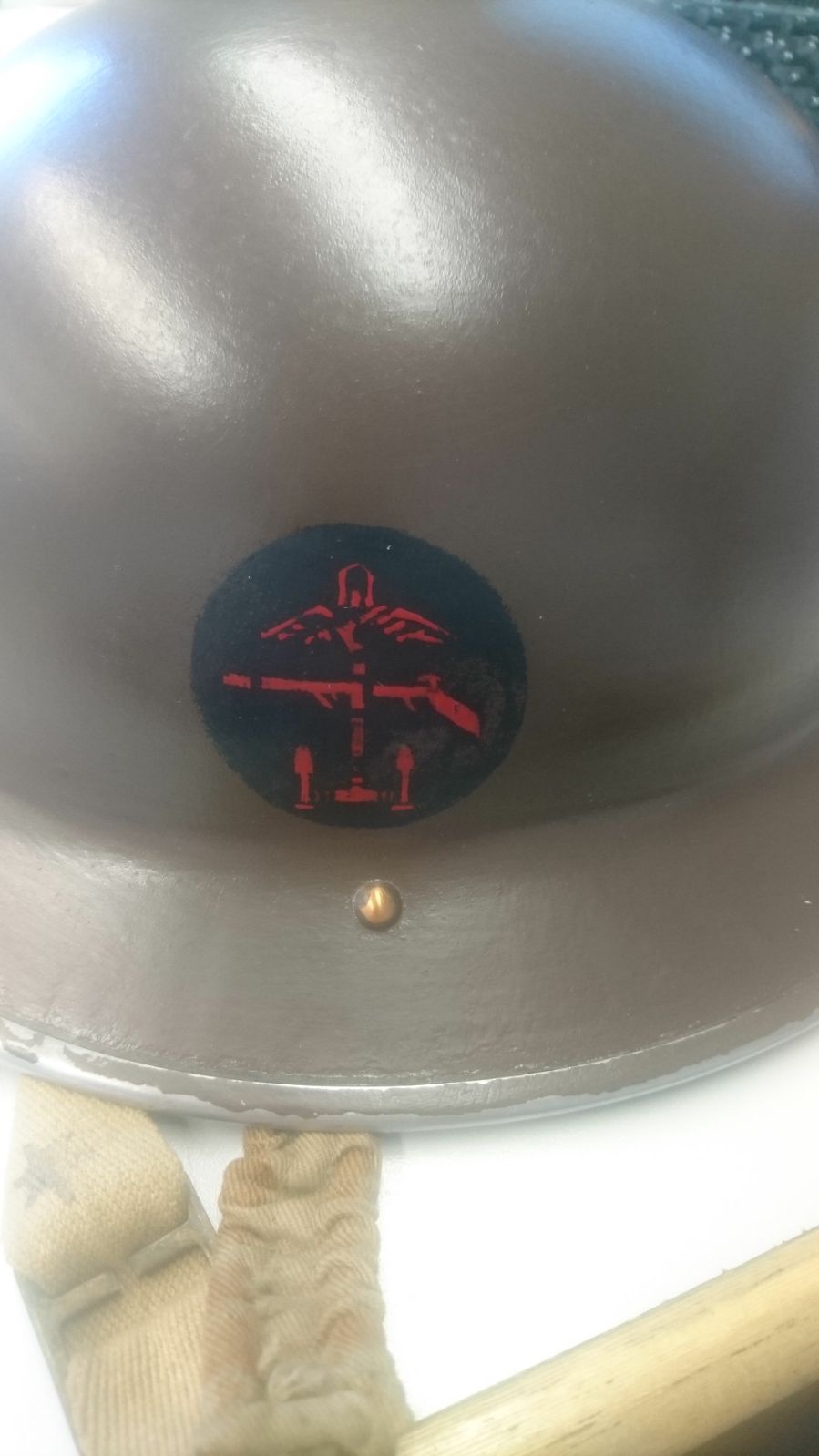 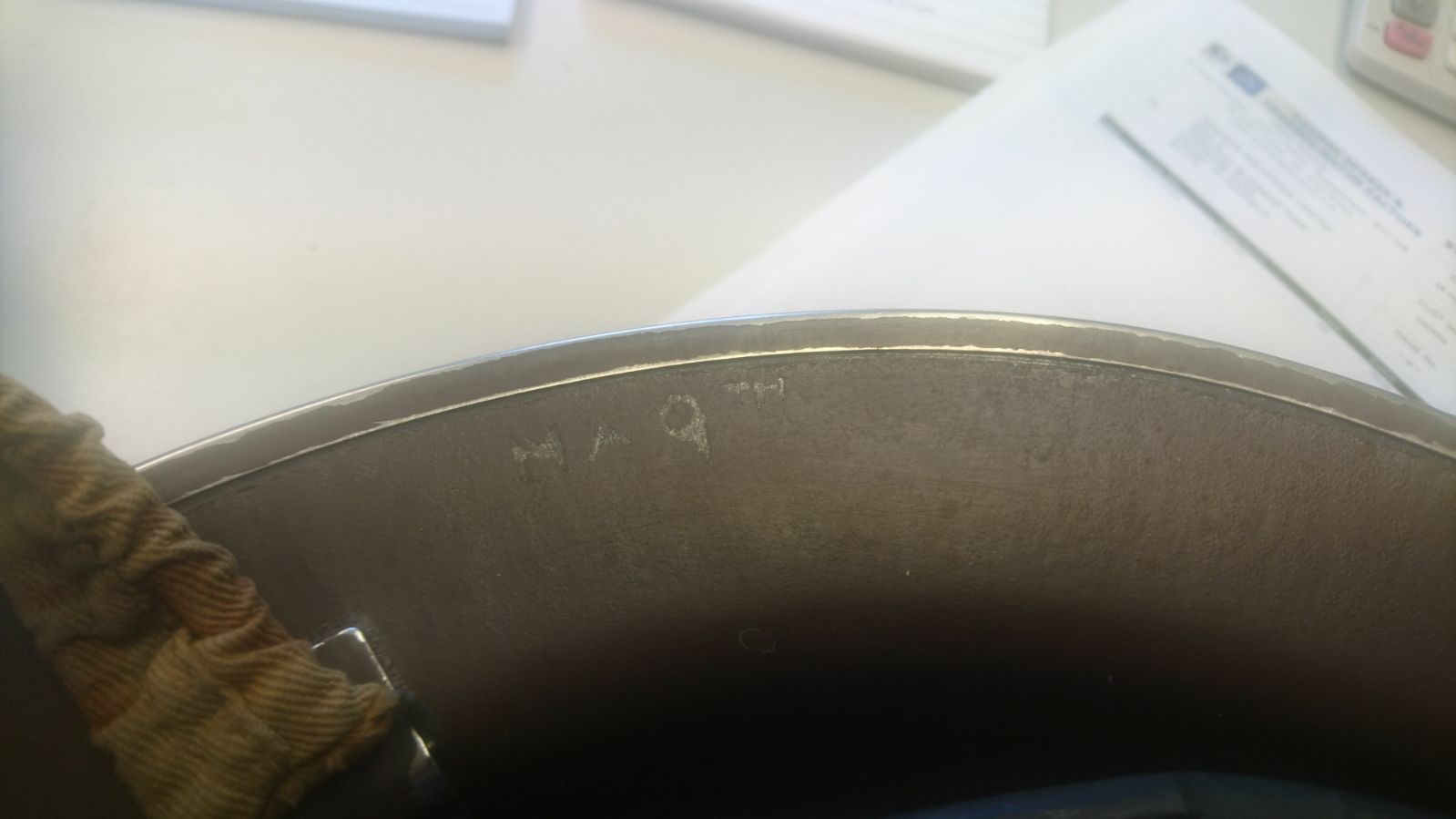 The insignia is the Combined Operations badge, worn by various units across all service branches (Royal Navy, British Army, RAF), but primarily by the Commandos. Unfortunately, the "BMB" stamp indicates the manufacturer, rather than a unit, with "BMB" indicating "Briggs Motor Bodies Ltd of Dagenham". The number appears to be a "Heat Number" and represents a batch of steel, and was used to allow a sample of helmets from each batch to be destructively tested for resistance against shrapnel, as the material properties would vary to some extent from "heat" to heat.

The Insignia is of the Royal Marines 3 Commando Brigade, which makes it seem it is at least a representation of a British Brodie Helmet from the Commandos. You might want to take it to a expert to validate it is genuine.

Not the answer you're looking for? Browse other questions tagged world-war-two clothing or ask your own question.

9
Could you help me identify this photograph that was taken shortly after World War 2?
18
Is the USA a superpower today because of WW2?
11
Luftwaffe Operations from Syria/Iraq in 1942
9
Did the Axis use Villa Cisneros during WW2 for contact with South America?
10
Who are the WWII German Officers in this picture?
34
WW2: Did US marines and soldiers really go into action with unbuckled helmet chin straps?
2
Help to identify WW1 or WWII badge
2
What organization/agency/unit wore this uniform?
0
In WWII, how were all pilots/soldiers able to identify enemy vehicles?