Did the Romans see Africa as a black continent? Was there a perception of a divide between Africa and Europe?

Nowadays the Western world perceives Africa as the continent of the black people and hence a standard African person as a black individual.

How did the people in the Roman empire perceive the African continent and "its people"?

Furthermore, North Africa was under Roman control for a very long time and Carthage was a very important city. This brings another question: Did individuals within the Roman empire perceive Africa and Europe as entirely separate places, as is the case today?

If there was no divide between Africa and Europe in the social framework, then at what moment in history did people started seeing Africa as a totally separate place?

You can't really compare the two, because the Romans lived in such a different world than we do.

The Romans didn't really have the concept of a "continent", as they didn't know for a fact that land past where they'd explored ever ended at all*. For all they knew, the Earth may have been half or more land, and the seas merely big lakes.

For Africa, they had two terms: Libya was what they called North Africa (Africa was originally the name of a Roman province in Libya), and Ethiopia is what they called the part of sub-Saharan Africa they (dimly) knew about. They did know that Ethiopians had really dark skin, but would have personally rarely encountered them (mostly Nilo-Saharan immigrants from upriver on the Nile), and would have had no concept of how many such people were down there, or how far south their territory went.

Here's a 15th century map built from information in Ptolemey's Geography in 150CE. You can't really see the legends on it, but its legible if you go here and zoom. 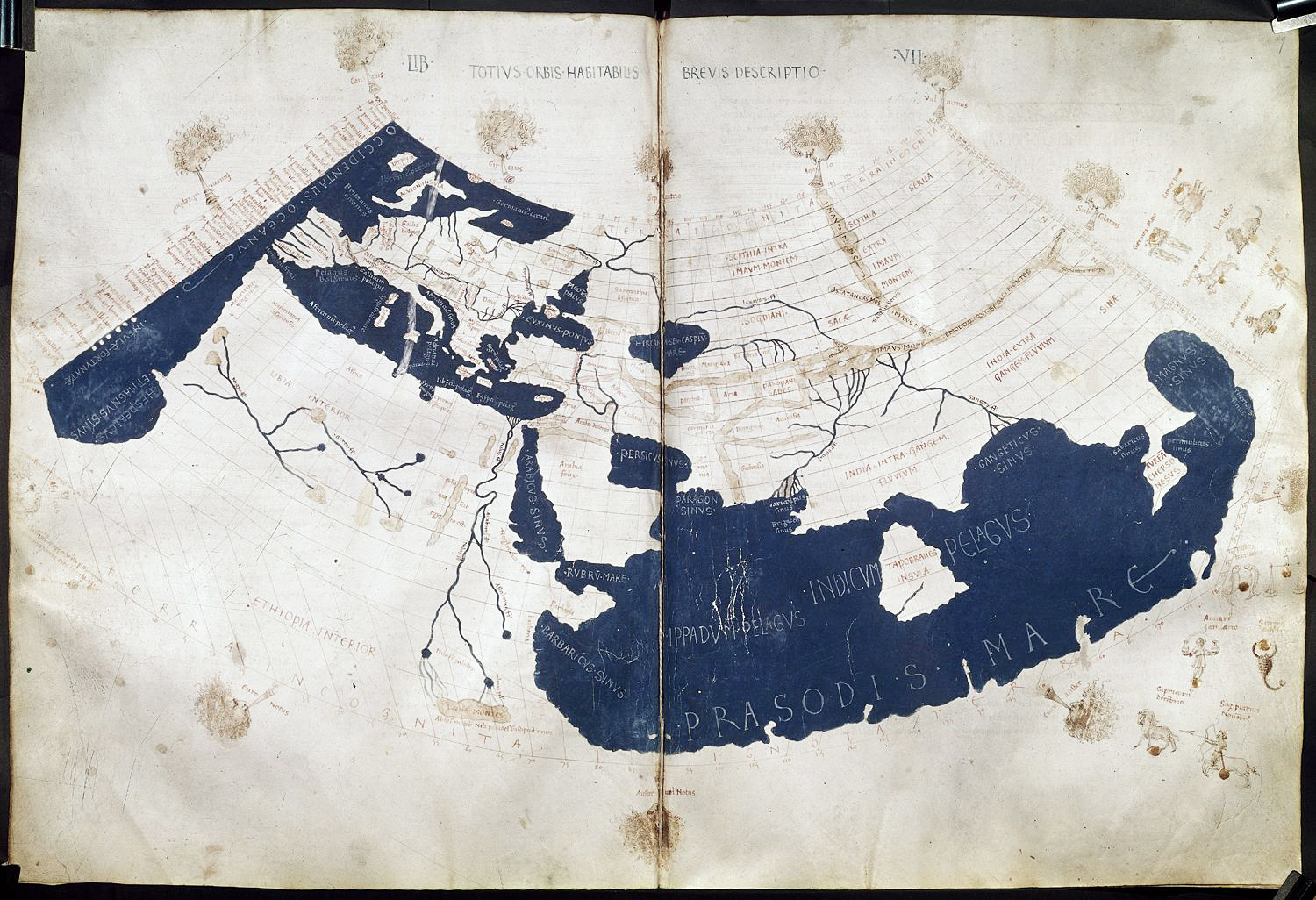 The idea that "Strange things come out of Africa" originated in the Greco-Roman world.

Even then, Africa was considered a little "different" because of the strange animals such as elephants, camels and lions. These, and the Sahara desert, had no counterparts in Europe.

But Africa was not viewed as a "dark" continent. Dark-skinned Mediterraneans were more inclined to see Africans as darker versions of themselves than say, a northern European might. And no one in Europe had the idea of Africa as a continent, with jungles that they would not imagine. For all they knew, Africa might have been one or several islands like Madagascar.

The difference of Africa was seen in terms of geography, not people, in ancient times. As far as Carthage was concerned, it was seen as the current home of a group of people formerly from the Hellenic world, which helped to limit the perception of "differentness" to geography.

Not the answer you're looking for? Browse other questions tagged europe roman-empire africa classical-antiquity ancient-rome or ask your own question.

90
Did medieval scholars believe the Earth was round?

45
Did Roman troops suffer from PTSD?
20
Why didn't Romans conquer/explore the African Atlantic Coast?
12
Did Roman Britannia leave any impacts on English?
6
Why did European writers and artists continue to depict the Moors as being black skinned, even though they were mostly Berbers and Arabs
9
When did “Africa” become the name of the whole continent?
32
Did ancient Romans anticipate the fall of Rome?
2
Was there a trade link between the medieval Hungarian Kingdom and the Mali Empire?
42
Are there any accounts of everyday life during the Black Death?