Why are some Pharaohs depicted wearing the red or the white crowns even after the unification of Egypt?

After the unification of Egypt, both crowns were merged into one and that crown was called the Pschent.

My questions is: Why are some Pharaohs shown wearing either crowns even after the unification of Egypt?

Example: Thutmose III is depicted "Smiting his enemies" in a relief on the seventh pylon in Karnak (which is in Upper Egypt) wearing the Deshret crown of Lower Egypt. 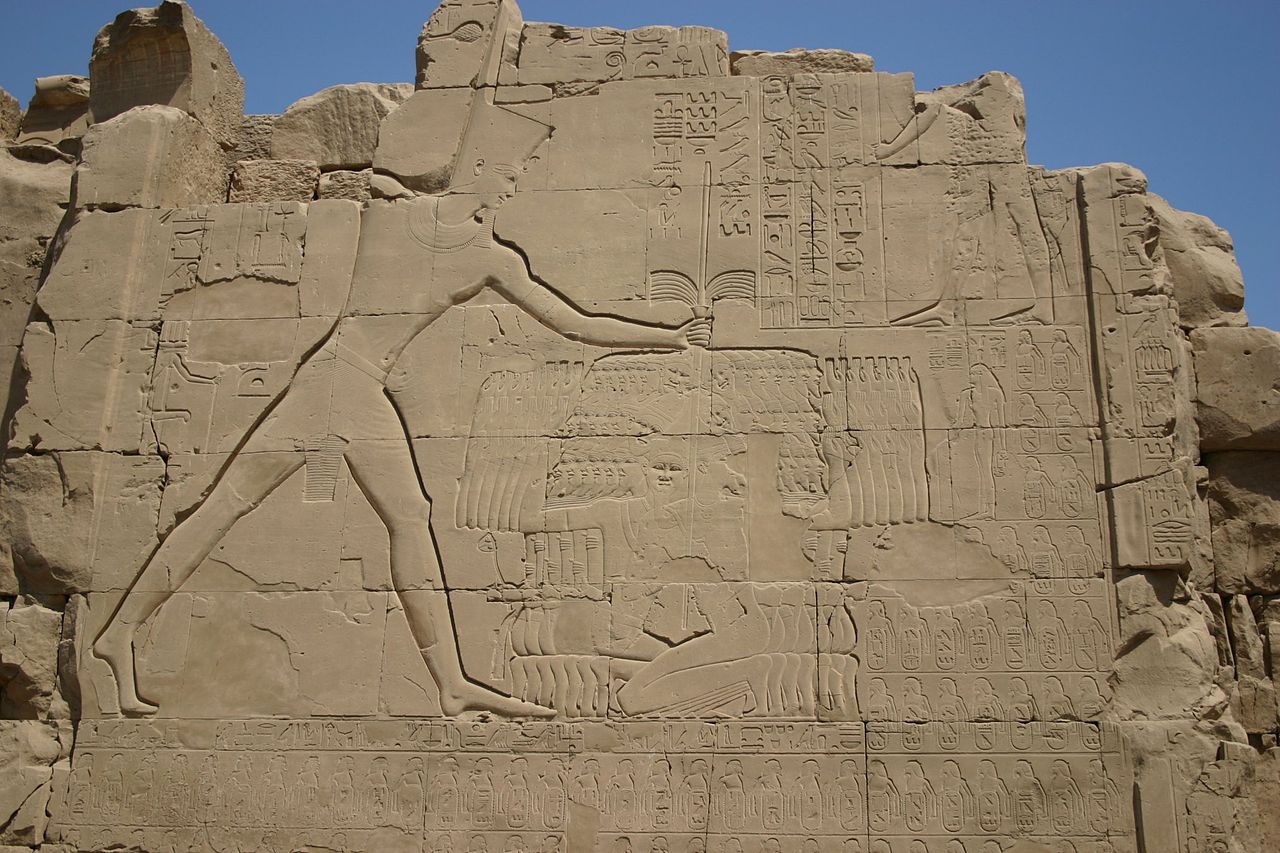 At the same time, still in Karnak on another wall not very far from the first wall, Thutmose III is shown wearing the Hedjet crown. 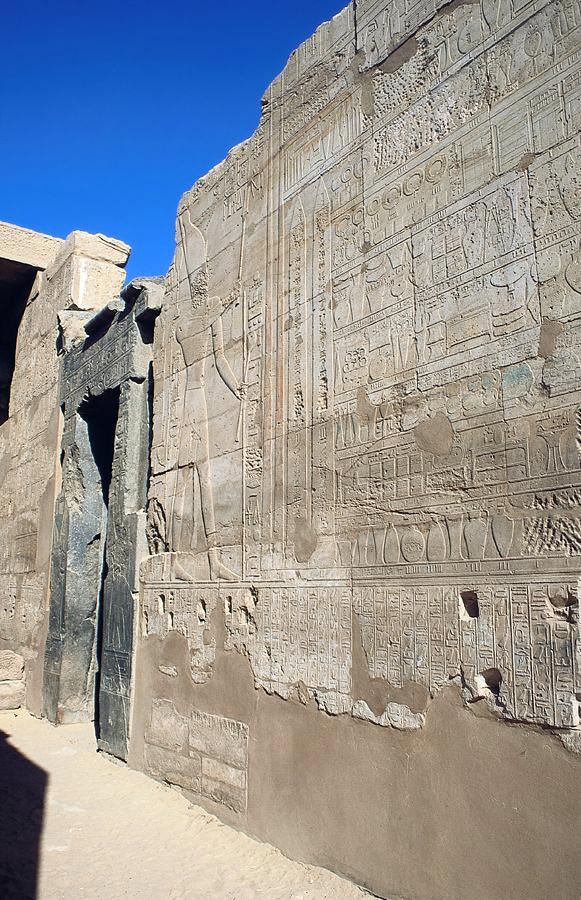 That is a really good question, and the answer is that nobody really knows for certain.

The whole concept of duality was deeply ingrained into ancient Egyptian culture. The "Black Land", kmt or "Khemet", (a reference to the fertile strip along the Nile), and the "Red Land", dšrt or "deshret", (referring to the deserts beyond that fertile strip) is one example. The two kingdoms, Upper Egypt and Lower Egypt, united under a single pharaoh is another.

There was also the "Double Crown", or "Sekhemti", which represented the unified kingdom, and incorporated both the Red Crown of Lower Egypt and the White crown of Upper Egypt.

(There were also other crowns with specific associations and meanings)

Pharaohs are portrayed wearing all three of these crowns right up to the Graeco-Roman period in Egypt, although as far as we know, there is generally no obvious reason to show why any Pharaoh was portrayed wearing a particular crown in an inscription. We were taught that the crowns continued in use in royal portraiture to emphasise the dual nature of the two lands.

(There are exceptions to this, however, as in the case of the Pharaoh Ahmose, who expelled the Hyksos from Lower Egypt, portrayed in the Hedjet Crown of Upper Egypt)

It is by no means certain that any of the crowns were actually worn by any pharaoh of the later periods. None of them survive (even in the (relatively) untouched burial of the young Tutankhamen). It may be they were traditional symbols, preserved in the iconography in inscriptions at temples, but never actually worn.

The following excerpts from Toby Wilkinson's 'The Rise and Fall of Ancient Egypt' (2010) may be of (additional) interest here. Concerning the creation and origins of the crowns,

Archaeological evidence from the prehistoric period suggests that both crowns originated in Upper Egypt....Following the unification of the country, it made perfect sense to recast the 'northern' red crown as the symbol of northern Egypt...

Thus, the ancient Egyptians weren't shy about making up a tradition to suit the needs of propaganda / image. Wilkinson also states:

...he [the ruler] had a choice of three distinct headpieces, depending upon which aspect of his authority he wished to emphasise.

34
Why didn't Hannibal attack Rome after the Battle of Cannae?
3
Why are some New Kingdom dates quotes in pairs two years apart?
18
Why did Latin disappear so completely in Britain after the Romans left?
7
Why has the khopesh never been used since ancient Egypt?
6
On the Ezana Stone, who are the black and red people that the Ethiopian king was referring to?
32
Why are there so many laws about eye injuries in the Code of Hammurabi?
12
Did ordinary people during Hatshepsut's reign know she was a woman?
1
Why are pre-Harappan strata grouped together with Early Harappan strata? Does this not obfuscate the development of the civilization?