Time to travel around Europe in the 18th century

Is there a database, or something, available to find out what the average time for travelling inside Europe was in the 18th century for somebody not from nobility or diplomatic service.

Was carriage travelling was accessible to nearly anybody (I suppose not...)? Where all "low class" people then only travelling by walking?

Do you think using only google map in "walking mode" or Orbis would be enough to assume a length (let's see average of 8hours walking a day at 5km/h)?

I'm interested in the travels of a musician going in the 1720ths from Milan to Brussels, and then Brussels to London (including a boat then obviously). And possibility direct travels between Milan and London.

Many thanks for your help

To get answers to your specific questions, you are probably going to have to piece together bits of information. Here are a few bits that might help, and a few websites at the end which might prove useful.

The time a journey took would have depended not just on what mode of transport someone could afford but also on the points of departure and arrival. Some places were far more accessible than others - terrain, weather & season, availability of river or coastal transport (often a faster option than travelling by land) and size of the town played a large part in determining the quality of roads and the transport options available. Roads in, near or joining major cities were usually better, but not always:

In London itself the Edgware Road was often deep in sludge, while one irate resident complained that the road from Kensington to Westminster had 'grown so infamously bad that we live here in the same solitude as we would do if stranded on a rock in the middle of the ocean'. (from Asa Briggs 'A Social History of England')

Carriages weren't just for the rich - they had cheap seats too (a basket on the back or sitting on the roof). The average speed seems to have been around 4 miles per hour. Ox-drawn carts were mostly used to carry goods but perhaps they accepted the odd hitch-hiker too. I'm not sure if your musician would have been able to hire a horse - that would perhaps have depended on how much he was able to earn from his profession.

You mentioned travelling from Milan to Brussels. One option would have been through the Alps which took 5 or 6 days if going via Mont Cenis, depending on the season. This had been a popular route since at least the thirteenth century. Another option would have been going from Milan down to Genoa and then taking a boat to Marseille. Jordan Girardin's PhD thesis Travel in the Alps gives more details on this, as well as options for travelling through the Alps. Once in Marseilles, the (modern) map below gives an idea of how someone might get to Amsterdam largely by River. You can find information on travelling up the Rhone on this Wikipedia page Rhone (History). 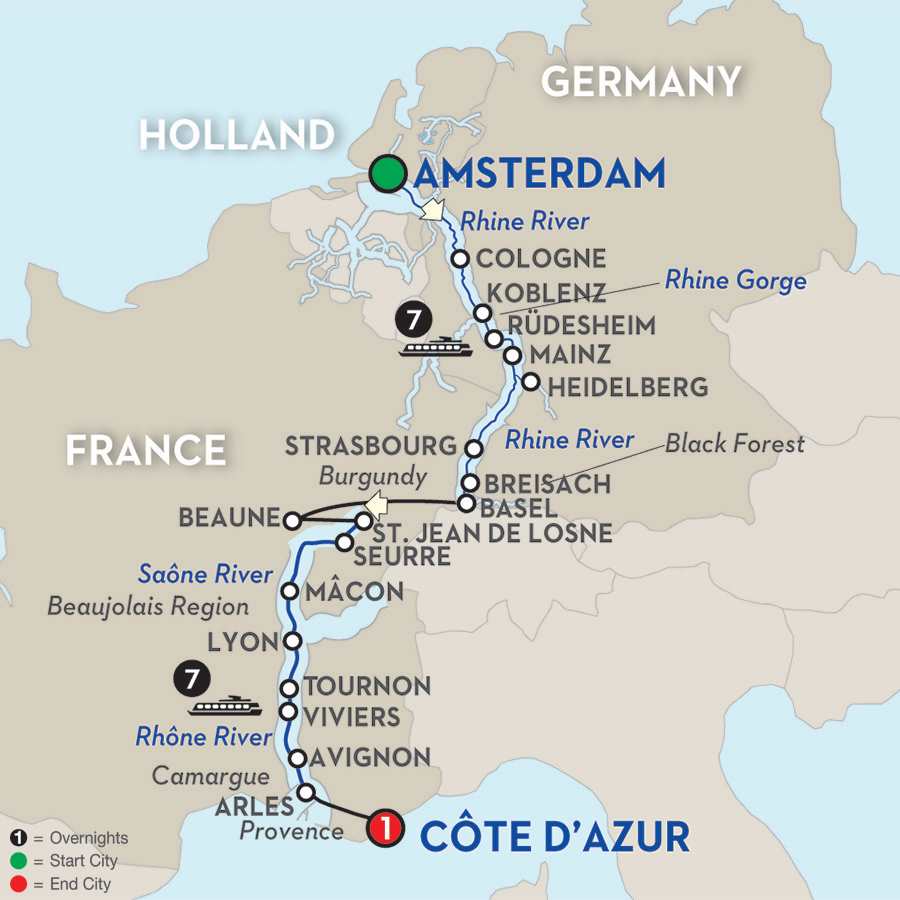 As for crossing the channel:

the crossing from Dover to Calais could take anywhere from 3 to 12 hours depending on the wind and waves. A traveler might have to wait in Dover for a week or more for the wind to be in a direction that favored crossing the English Channel. In 1772, Dr. Burney, the music historian, spent nine days waiting for good weather. (from Grand Tour)

Jordan Girardin, 'Travel in the Alps:The Construction of a Transnational Space Through Digital and Mental Mapping 1750s - 1830s'

How could you travel across Europe in the 1800s?

I can guarantee you can walk a lot more than 16km a day when travelling. 16km was the commute to the fields.

Not the answer you're looking for? Browse other questions tagged 18th-century travel or ask your own question.

24
How long did it take for a diplomat to travel between Berlin and Vienna in the 1770's?
5
How long would it take a Victorian to travel from central Germany to the UK?
6
How did coach service in 18th century America work?