How did early Judaism and Zoroastrianism influence each other, if they were so far apart?

I've been reading, from various sources, fairly vague and hand-wavey claims that Zoroastrianism and early Judaism influenced each other (and that both were influenced by Atenism).

Looking at summaries of the content of these religions, such a claim seems prima facie plausible, but then I looked at a map.

Zarathustra himself is placed in space and time as, roughly, eastern Iran, perhaps in the 10th century BCE or a couple of hundred years later. This is about 3,000 km from Jerusalem, it would take weeks of dedicated walking to cross that, and the terrain is (and presumably was then) inhospitable. This does not seem prima facie plausible to me -- although it does not seem unreasonable to have, say, trading routes along there, but the integration of two religions seems like it should require an intimate sharing of culture and politics over a long period of time. The geography seems prohibitive.

So, is it actually plausible that early Judaism and Zoroastrianism were sharing ideas? If so, what was the mechanism for that influence? How would the people have come together?

They weren't in fact far apart at all. Zoroastrianism was the state religion of the Achaemenid Empire, which encompassed Israel. 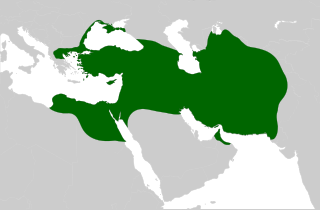 Its actually even closer than this map implies though. In the period of time that a large amount of the Hebrew scriptures were first being written down, a large part of the Jewish nation was living in exile (slavery) in Babylon. That would place them roughly in the geographic center of this map, and the cultural and trading center of near-east civilization.

When Cyrus the Great (a Zoroastrian himself) conquered Babylon, he inherited this Jewish community. Not being a big fan of slavery, he freed them and allowed them to return home to Israel, and even gave them reparations to help with rebuilding some of what the Babylonians had destroyed.

As a result of this, Cyrus got a faithful client state in Israel, and really good press in The Bible.

Some people say that the Tetrateuch (the first four books of the Torah) were written in 8th-7th century Judah. Most people think it was composed entirely during the Babylonian Exile. The exile lasted until the 450s B.C. when Ezra left Babylon. The Jews who were sent to repopulate Judah back in 530 were poor upstarts. Ezra returned during Artaxerxes I, who also made Zoroastrianism the de facto religion (maybe after he left?). Jewish history is therefore tied to Babylon for 130 years. Rabbinic tradition states that Ezra then presided over the first Great Assembly, or the Beit Din, the "council of Ezra". This council is said to have fixed the Biblical Canon. It eventually became the Sanhedrin and Pharisees.

Babylon was the administrative capitol of the Persian Empire. The Babylonian captivity corresponds to the entire height of the Persian Empire. It also corresponds roughly with the Babylonian revolts of 482, after which the Babylonians were defeated and punished, and the statue of Marduk was melted down. The prevailing culture, especially before the rebellion, was Babylonian. It would have impressed Biblical authors the most. Babylon was the greatest city in the world. Its economy and culture was run by Babylonians. Zoroastrianism wasn't widely spread until Artaxerxes II (404-358), who moved the capitol east to Persepolis. Perhaps I am ignorant of it, but I got the impression that the original Magi were a very traditional, closed door group of people. To open their doors would have been to allow foreign influences. The Pharisees, which stemmed out of the Ezra tradition, were the same way.

Jews had a close relationship with the Sasanian Empire (See Babylonian Talmud). Zoroastrianism as we know it was formed in the 10th century. There would have been many Jews, or Rhadanites, travelling through the Persian Empire.

Not the answer you're looking for? Browse other questions tagged religion middle-east classical-antiquity judaism zoroastrianism or ask your own question.

9
How were the British and French Mandates in the Levantine area involved in WWII?
23
How did Islam and Hinduism thrive together in Medieval India?
21
Did Akhenaten's religion influence early Judaism?
9
Did Mithraism and other Roman cults surpass the original Greco-Roman religion in popularity before the rise of Christianity?
25
How frequently did monasteries attack other monasteries in Early Medieval Western Europe?
6
Did Zoroastrianism influence some Ancient Greek Philosophers?
20
How did Christianity replace Roman Paganism and other ancient religions?
3
How did Tunisia's revolution (and Arab Spring) begin?