Was being in the KKK politically/socially acceptable in early 1900's American South?

This question was inspired by the movie O Brother Where Art Thou, set in Mississippi in 1937. While the events are clearly fictional, the film draws a lot of historical inspiration from real prople and places.

The climax of the film involves a candidate for governor of Mississippi publicly announcing his membership in the Klu Klux Klan. (He doesn't name the group, but calls it "a certain secret society" that performs "sacred cross burnings"). He then denounces the film's protagonists -- a now-popular singing group -- as miscegenated escaped felons and demands they be arrested.

His speech ultimately results in the crowd turning against him and running him out of town. But it's not clear if his popularity was destroyed by his racist views, or merely because he stopped the band from playing. I would have thought that, in the 1930's, it would still have been relatively safe for a white Southern politician to find himself associated with the KKK, though I believe they were on the decline already.

So, would such an affiliation being made public have ruined the political career and/or social standing of a southern politician?

At times, it was, but not in the period that movie is depicting.

One should note that there were three organizations under that name in different historical periods. While similar in their goals, they were still quite different. In the period the movie is depicting, the KKK of 1920s was primarily a political organization uniting white Protestants against everything they considered threatening to their moral norms. The KKK in this period was not only anti-desegregation, but also anti-immigrant and anti-Catholic. Most of the members were not violent extremists, but rather ultraconservatives afraid of changes in society.

Quite a few US politicians had Klan connections in this period. While none of them ever admitted their connection to the group in public of their own accord, exposure was not always fatal for their reputation: in 1924 Georgia governor Clifford Walker, while initially denying any Klan involvement, under pressure from the press admitted being a member - but still served his term. On the other hand, exposure could be have much more serious consequences; see, for example, wiki article on KKK references, and an article by Christopher N. Cocoltchos, "The Invisible Empire and the Search for the Orderly Community: The Ku Klux Klan in Anaheim, California", in Shawn Lay (ed.), The invisible empire in the West (2004), pp. 97-120. According to this, "The Klan representatives easily won the local election in Anaheim in April 1924. They fired known city employees who were Catholic and replaced them with Klan appointees. <...> The opposition organized, bribed a Klansman for the secret membership list, and exposed the Klansmen running in the state primaries; they defeated most of the candidates. Klan opponents in 1925 took back local government, and succeeded in a special election in recalling the Klansmen who had been elected in April 1924."

By 1930, the Klan's public image had been completely ruined by acts of terror commotted by their vigilante members and there were several trials of its leaders that achieved great publicity (for example, Stephenson vs State). This page gives an estimate of 30,000 members by 1930, down from 4,000,000 in 1924 (this estimate is taken from "The Various Shady Lives of The Ku Klux Klan". Time. April 9, 1965). While these estimates might be inaccurate, the group's public visibility rapidly declined and it was basically non-existent until its resurgence after the WW2.

Thus, it isn't very likely that in 1937 any US politician would find it acceptable to admit his Klan membership, in South or otherwise. 10 years earlier or 50 later - maybe (although still unlikely), but not in this particular period.

This question was inspired by the movie O Brother Where Art Thou, set in Mississippi in 1937..... I would have thought that, in the 1930's, it would still have been relatively safe for a white Southern politician to find himself associated with the KKK

In the movie, clearly the 1937, Mississippi crowd was upset by the interruption of the music, not the Klan affiliation. The first clue to this answer should be, Who was the Senator from Mississippi in 1937? 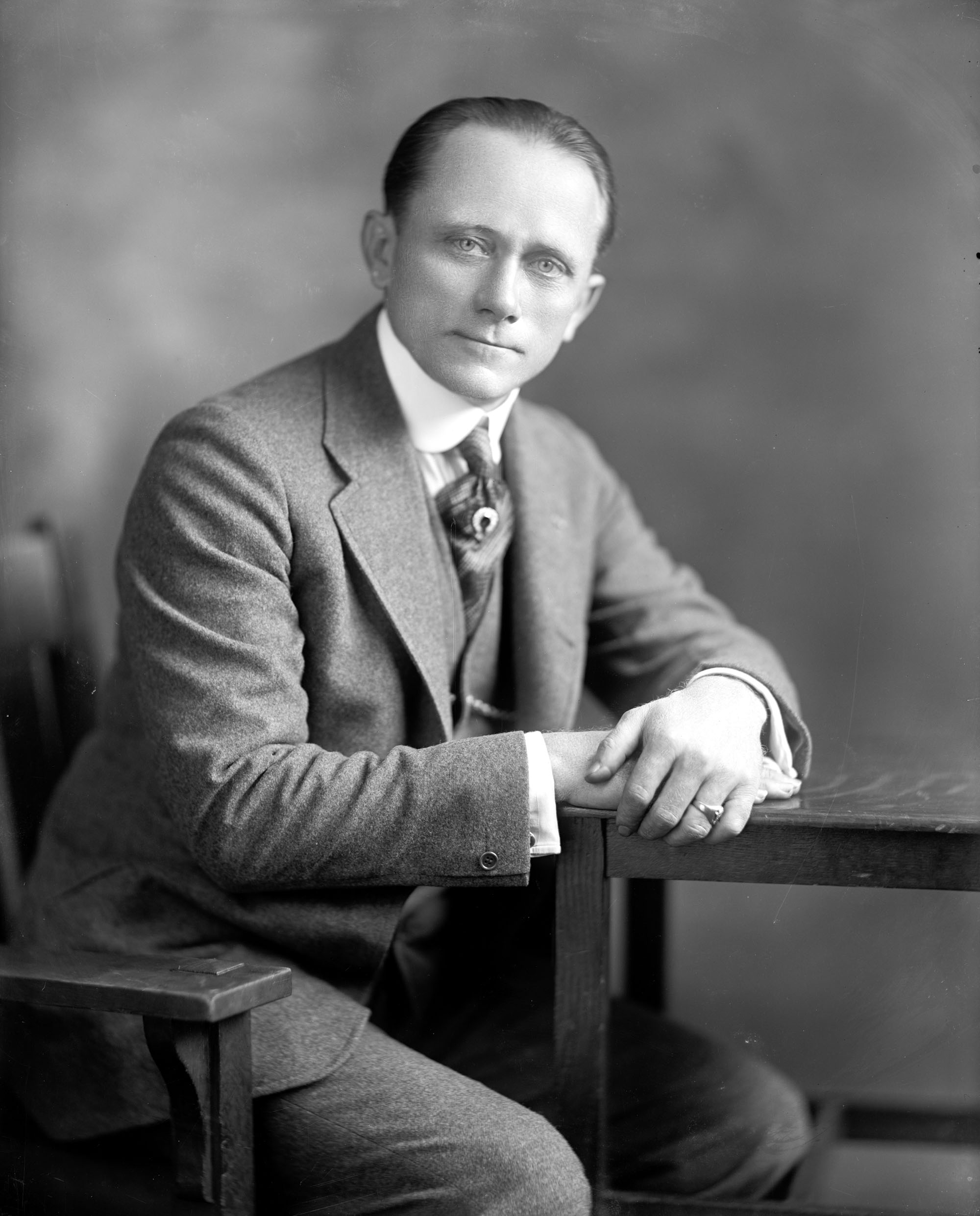 Theodore G. Bilbo - former two term Governor of Mississippi(January 17, 1928 – January 19, 1932). And United States Senator (January 3, 1935 – August 21, 1947) Like many Southern Democrats of his era, Bilbo believed that black people were inferior; he defended segregation, and was a member of the Ku Klux Klan.. First Identified as a Klansman by a newspaper called the Dixie Demagogues, in 1939. He continued to win reelection to the US Senate through 1946, and died in office in 1947. When asked about whether he remained in the Klan in a national interview on Meet the Press in 1946, he responded.

"No man can leave the Klan. He takes an oath not to do that. Once a Ku Klux, always a Ku Klux. Theodore G. Bilbo on Meet the Press 1946, 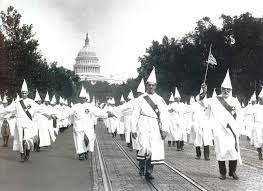 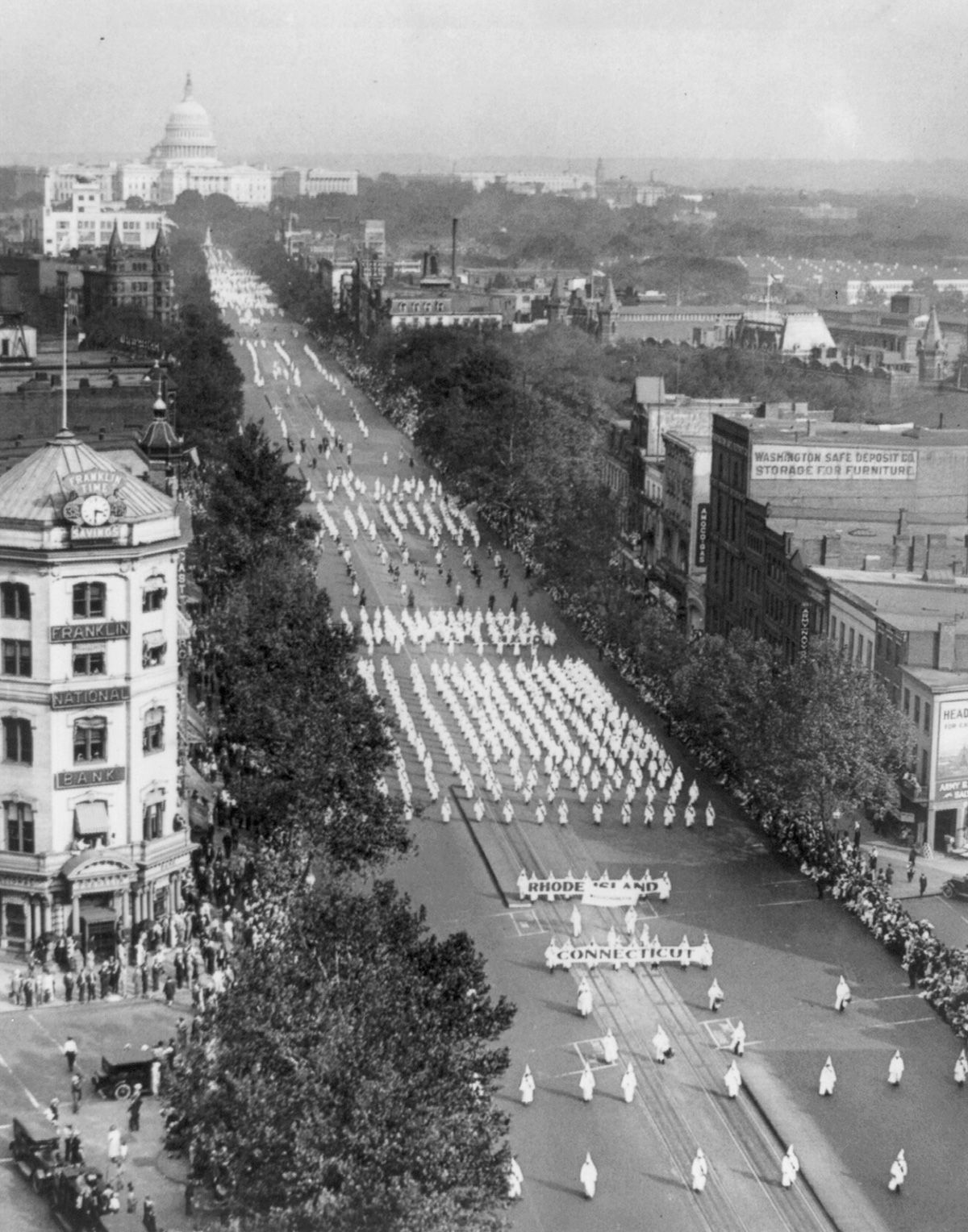 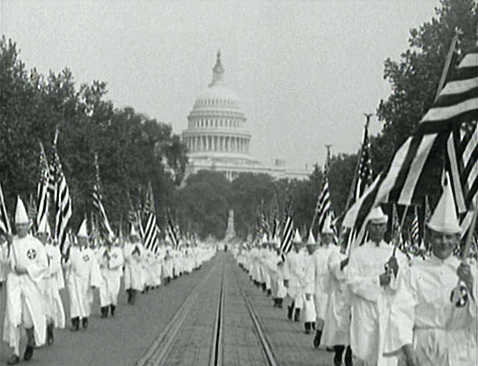 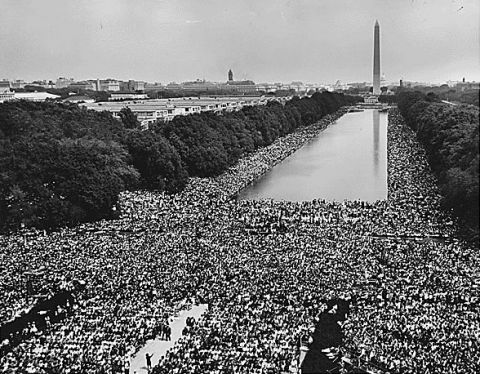 Yes, The Klan was a political force in this country, and not just in the South, and not just in the early 1900's. It was powerful nationally around the time of the Great Depression and it remained powerful in parts of the country right up to Martin Luther King's civil rights movement of the 1960's.

The klan had a major resurrection in the United States after the release of DW Griffins(1915)wildly popular birth of a Nation and not just in the south. The most popular period of the klan was known as the second klan(1914-1944). and that fully covers the period of the film “Brother Where Art Thou”. During this period klan membership peaked 1924-1925 at 6 million people.

becoming a political power throughout many regions of the United States, not just in the South. Its local political strength throughout the country gave it a major role in the 1924 Democratic Party National Convention (DNC). The 20th Century Ku Klux Klan was notoriously anti-Catholic and anti-Semitic, in addition to being anti-black.

The Democratic nomination convention in 1924 held in New York City was known as the klanbake because so many attendees were klansmen. There absolutely were times and places that being in the klan was a political asset. A significant part of a political machine.

The answer to your question:

Was being in the kkk politically socially acceptable in early 1900s american.

YES absolutely. Even as late as the 1960's guys like George Wallace and Bull Connors made support of racism in general and the klan specifically their political base. 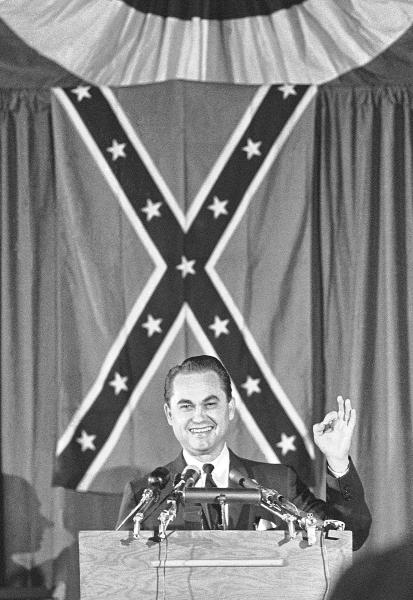 ( I was living in Alabama in the mid 1980's when George Wallace won his last term as Governor. He did it with overwhelming support from the African American Community. He was a populist at heart I guess, and he used those skills to worm his way into a new political base and revive his political career, when the State of Alabama's political landscape had changed significantly. ) 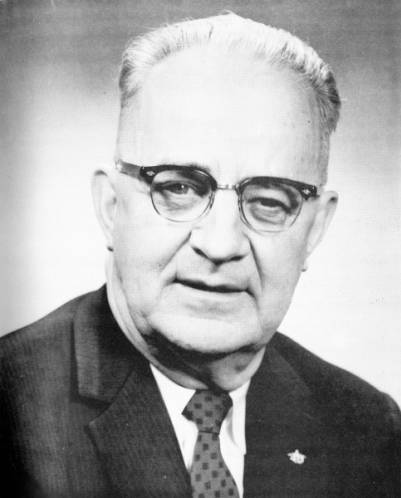 Eugene "Bull" Connor was Birmingham's Commissioner of Public Safety in 1961 when the ... He was known as an ultra-segregationist with close ties to the KKK.

I don't know if you know who Bull Connors was. Klan affiliation didn't hurt his reelection efforts throughout the 1960's. He was the head racist in the city of Birmingham Alabama, responsible for enforcing segregation laws and generally roughing people up who didn't like those laws. He became the antagonist to one of the great stand offs of the civil rights movement in the 1960's. Martin Luther King wanted to pick a fight with a racist on national TV. Bull Connors was his man. Previous marches to Birmingham by Adults had been met by fire hoses and attack dogs. Martin Luther King responded by sending a wave of children protesters.. some as young as 8 years old. Bull Connors did not disappoint, using attack dogs and fire hoses on the children, captured by national TV camera's it became a major turning point in the Civil Rights movement as folks all across the country became familiar with Bull Connors. May 3, 1963.

Bull Connors was defeated for re-election in 1972!!!

The list of klan affiliated politicians over the years isn't limited to the South, nor the early 1900's. It is long enough to be a cliche.

Robert Bird senator from West Virginia was a recruiter for the klan and rose to the office of grand cyclopes. An outspoken advocate of the klan in the senate early in his career. Early on the clan was his political base.

Hugo Black Supreme Court justice(1937 to 1971) and senator from Alabama (1927 to 1937). Black, a Democrat, joined the Ku Klux Klan in order to gain votes from the anti-Catholic element in Alabama. He built his winning Senate campaign around multiple appearances at KKK meetings across Alabama.

Edward L. Jackson Gov of Indiana , joined the Ku Klux Klan during its revival in the early 1920s. When he became Governor of Indiana as a Republican in 1925, his administration came under fire for granting undue favor to the Klan's agenda and associates.

Rice W. Means, a Republican United States Senator from Colorado, was a member of the Klan in Colorado.

Clarence Morley was a Republican governor of Colorado from 1925 to 1927. He was a KKK member and a strong supporter of Prohibition. He tried to ban the Catholic Church from using sacramental wine and attempted to have the University of Colorado fire all Jewish and Catholic professors.

Bibb Graves, a Democrat, who was the 38th Governor of Alabama. He lost his first campaign for governor in 1922, but four years later, with the secret endorsement of the Ku Klux Klan, he was elected to his first term as governor. Graves was almost certainly the Exalted Cyclops (chapter president) of the Montgomery chapter of the Klan. Graves, like Hugo Black, used the strength of the Klan to further his electoral prospects.

George Gordon, a Democrat and Congressman for Tennessee's 10th congressional district, became one of the Klan's first members. In 1867, Gordon became the Klan's first Grand Dragon for the Realm of Tennessee, and wrote its Precept, a book describing its organization, purpose, and principles.

Around the time the period of the second Klan came to an end the popular Radio show Superman did a 16 episode arch on Superman fighting the Klan in 1947. A man named Stetson who was associated with the Stetson hat company(descendant).. infiltrated the Klan, learned their secrets and with Superman's(the radio program's) help, spread those secrets nationally. I've read several sources(freakanomics) which credit Superman for ending the second Klan, or at least averting the same kind of resurgence the klan had at the end of WWI, in WWII.

Not the answer you're looking for? Browse other questions tagged united-states racism 1920s 1930s or ask your own question.

23
Was the concept of religious freedom in the early United States applied to native American faiths?
11
What was the age of majority in 1900 United States?
3
Why did the north and south struggle to control the territories before the American Civil War?
18
Why wouldn't the South make salt from seawater during the American Civil War?
5
Why did the American South agree to the compromise of 1850?
5
Was American slavery economically advantageous primarily due to being able to also sell offspring?
5
In early WW2, how much of the merchant marine was American?
8
Who was "The famous American Roberts" in 1920's Europe?