Did the Romans Hold Territory in Ukraine?

I noticed on the Wikipedia article for Septimius Severus the map of the empire in 210 shows area around Odessa and Yuzhne. Did the Romans actually hold these areas as colonies or incorporated into a province at all? Or is Wikipedia messing with me?

The two areas appear to be Olbia and Tyras. They both formed a part of the Roman province of Lower Moesia (or "Moesia Inferior").

It is, perhaps, a little easier to see the detail on this earlier map from the Wikipedia page on the History of the Roman Empire, showing the Roman Empire at its greatest extent under the Emperor Trajan: 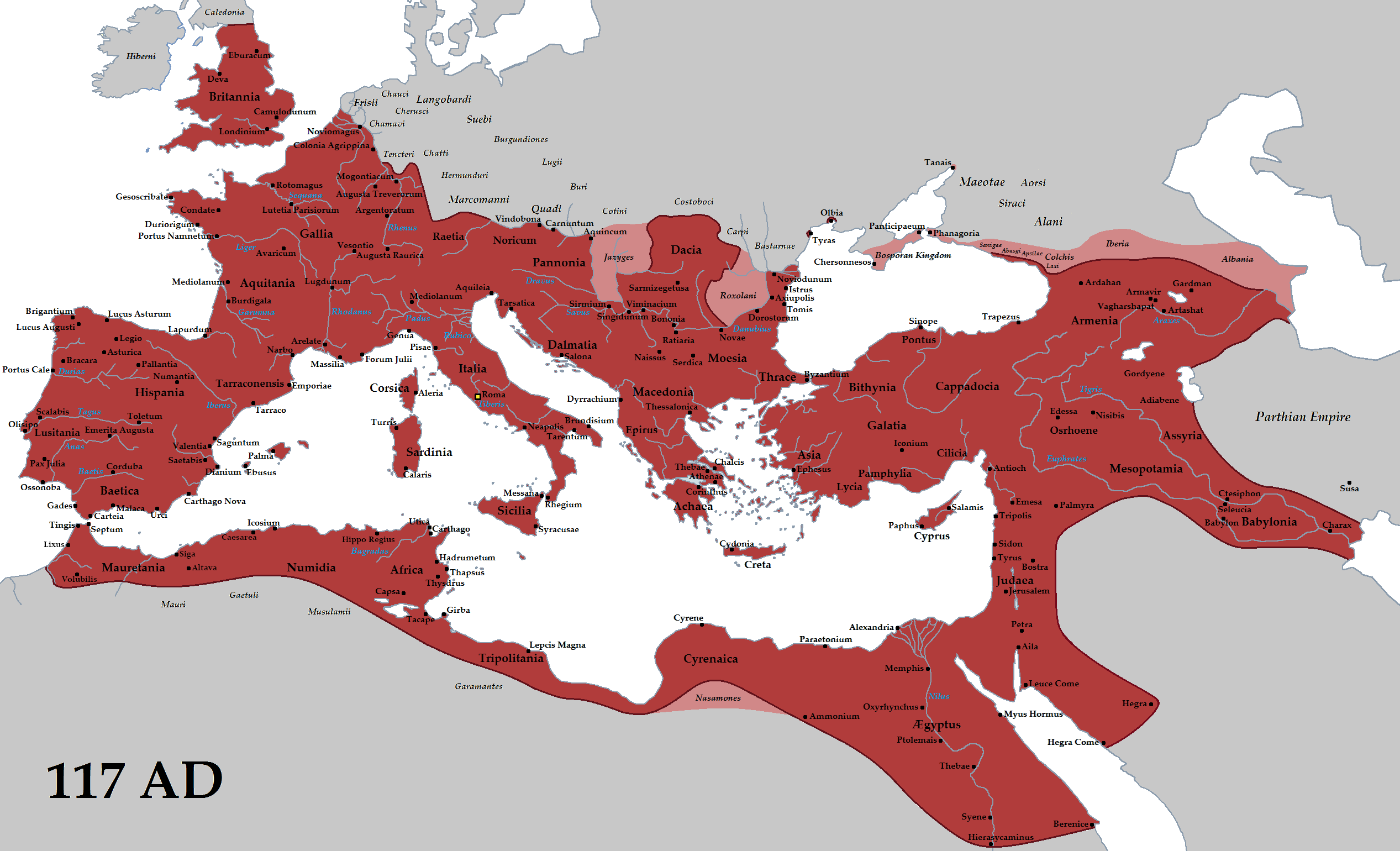 Not the answer you're looking for? Browse other questions tagged roman-empire ukraine or ask your own question.

19
What is the historical background of the current Ukraine crisis?
8
Did Aetius or Attila fight in the Battle of Worms (436)?
9
Why did Constantius Chlorus decide to become a Flavius?
5
What allowed or prevented Roman conquest in terms of population, climate and geography?
2
Were Roman legionaries discharged in one batch?
3
Did the Palmyrene Empire actually own territory beyond the Euphrates?
3
Did the Romans hold the Isle of Wight and surrounding areas before the invasion in 43 AD?
32
Did ancient Romans anticipate the fall of Rome?