Transatlantic Zeppelin trips usually took > 100 hours. How did they stock enough food, and where did they sleep?

I never fail to be bewildered with the Zeppelins. Apart from the arduous and boring journey - how did the passengers rest - I don't see pics of any rooms or beds - how did they sleep at all?

Transatlantic flights could take more than 100 hours (for example, the final flight left Frankfurt on the evening of 3 May 1937, and arrived late in the evening of 6 May). How on earth could they stock up on food for so many days?

The Hindenburg was originally built with 25 double-berthed cabins which accommodated up to 50 passengers. While the ship was laid up in Frankfurt during the winter of 1936-1937, 9 more cabins were added, accommodating an additional 20 passengers. The capacity was then 70 fare-paying passengers.

The arrangement of cabins on the Hindenburg in 1936 is shown here: 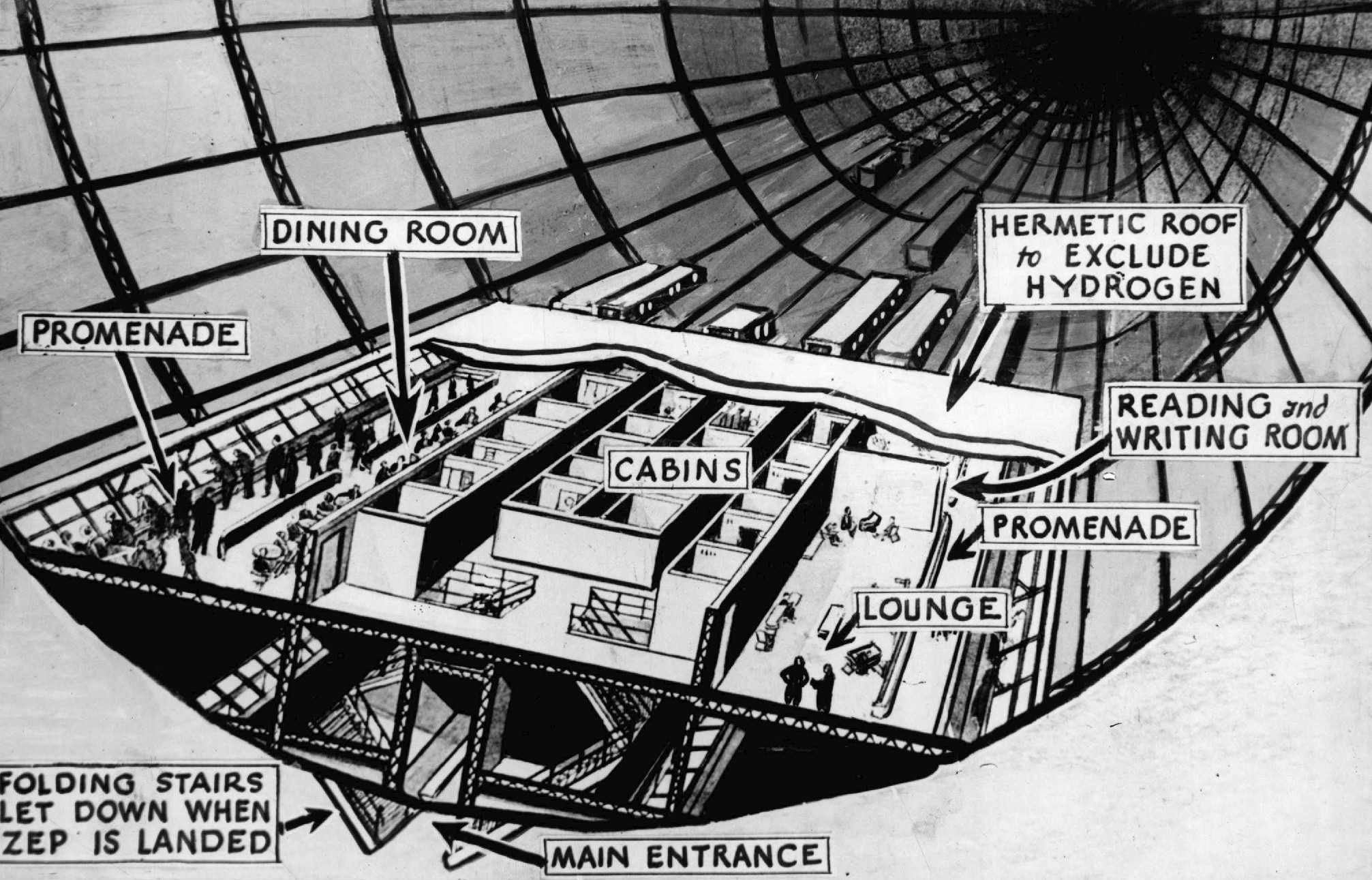 The crew accommodation was more limited. The Hindenburg carried about 50-60 crew members (it varied from 47 on its maiden flight to 61 on its final flight). The commander had a private cabin just forward of the control car. Other officers shared a compartment with twelve bunks in the same area, while the remaining crew shared 2 crew areas, one with 22 bunks just aft of the passenger accommodation and another with twelve bunks closer to the stern.

100 hours is just over 4 days. Storage for food etc. to feed 120-130 people for four days would really not be a problem on an airship the size of the Hindenburg.

There are a number of websites with cutaway diagrams of the Hindenburg (and other Zeppelins), including the one on airships.net. These give a good idea of how storage and cabin space were distributed.

Never look at history with your own 'modern' perceptions! In those days there were only 2 ways to cross the Atlantic: by ship or by zeppelin. A ship took longer than a zeppelin. Everybody crossed by ship. The zeppelin was as new as space travel now is, so the rich and famous preferred it. If only to show off they could afford it. Boring? Today 4 days seems a bit lengthy without games/movies/ipad/phone. Back then those things didn't exist, so nobody missed them. People read books, talked and kept themselves busy.

Zeppelins could and can carry fairly heavy loads. Stocking up on food wasn't a problem. If I recall correctly, there was even a piano on board! A special light weight version, but still. Passengers enjoyed luxurious accommodation. The crew, not so much. That was completely normal back then.

Luxurious accommodation for that time, that is. In 1900 President Paul Kruger stayed in Hotel Des Indes, in The Hague (NL), which is a 5 star hotel. He didn't have a private bathroom. The whole floor (all 5 star suites!) shared the same bathroom at the end of the corridor! Taking a shower at least once daily is a fairly new custom. As a kid in the sixties we normally showered once or perhaps twice per week. (Paul Kruger was president of Transvaal. During the Boer war he was evacuated to Europe.)

Seems there were a lot of rooms, so food stock shouldnt be an issue.

The interior spaces on the Hindenburg were divided into three main areas:

Not the answer you're looking for? Browse other questions tagged transportation aircraft 1930s or ask your own question.