What does this Italian soldier's 1930’s uniform tell us about his job and rank?

The below photo of a soldier was taken in Sicily in the mid to late 1930’s. I have been told he may have served in Libya for the Italians. 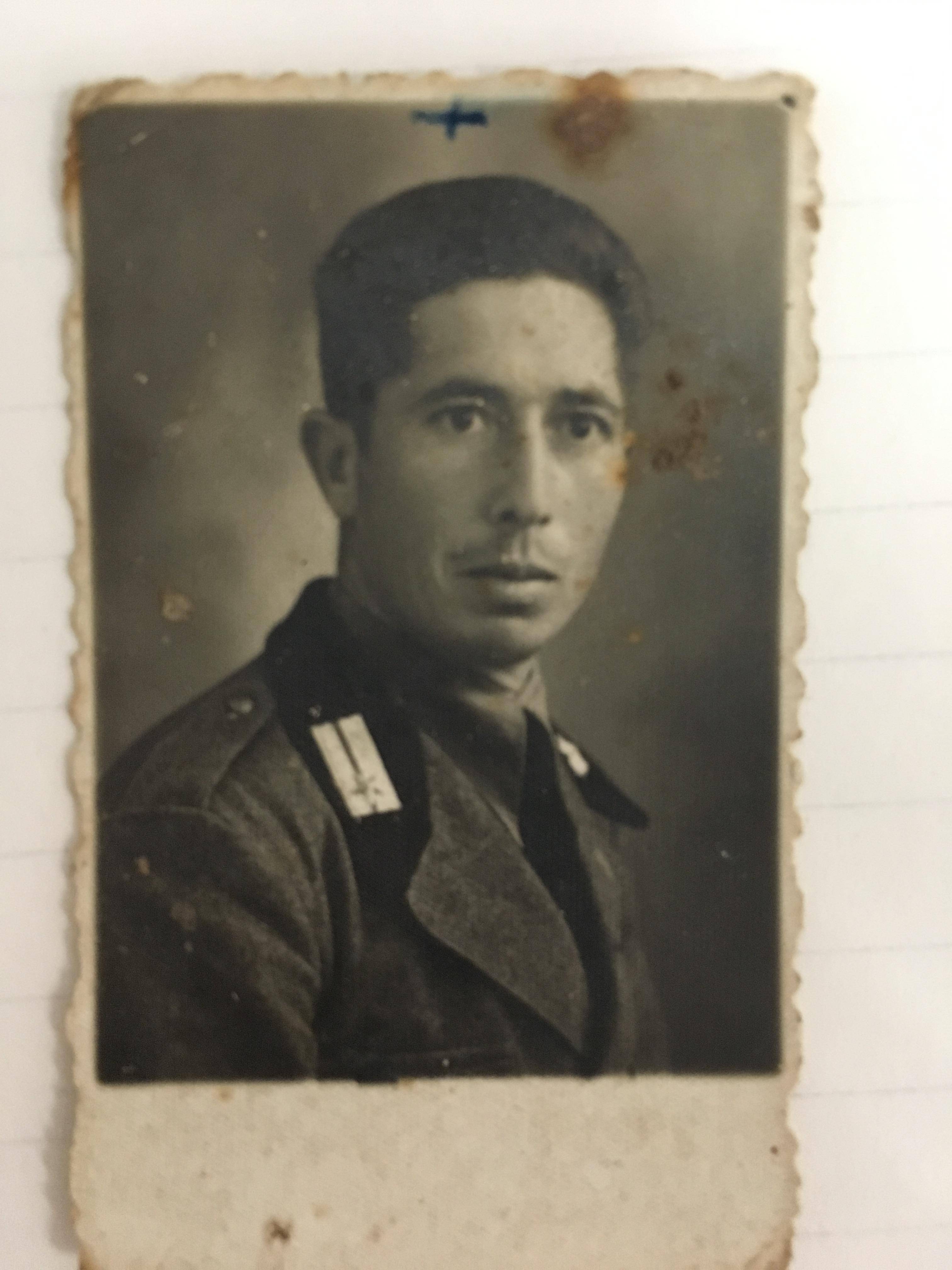 What type of soldier was he and what rank did he have? What job would he have done?

The collar badge specifically appears to be that of the Italian 17th Infantry "Acqui" Motorized Brigade.

Through the transformation of warfare and armies the Italians have retained the custom of "naming" the units which are, structurally, the largest homogenous size. This has varied over "Acqui"'s assorted revivals between regiment, battalion, division, to the current brigade structure that matches current NATO unit philosophy.

At a glance, the uniform "feels" more 1940's style to me than either "First World War" style or "post World War Two" style, but I am no expert.

Acknowledgement: @HorusKol for pointing out that the collar patch was a unit designation rather than of rank.

As mentioned, the collar tabs ("mostrine") denote the soldier's divisional affiliation, however the soldier may also have been affiliated with the 28th "Aosta", 20th "Friuli", 57th "Lombardia", or 54th "Napoli" divisions, as they all had very similar insignia. Without full color, it is impossible to know for certain. We do know, however, that he was an infantryman. Specialized troops (medical, mountain, artillery, MVSN, etc.) had their own special collar tabs.

The tunic the man is wearing is a prewar model, given the black upper collar. This photo may be interwar or it could be very early war, as the M37 tunic (the last model with a black color until its replacement by the M40) could be found early on in the conflict. Though the gentleman's specific rank cannot be determined (rank chevrons are just below the edge of the picture), he is at most an NCO, but likely enlisted.

Not the answer you're looking for? Browse other questions tagged military uniform italy 1930s libya or ask your own question.