What language was spoken between Mary of Burgundy and Maximilian I

As the title states: What language was spoken between Mary of Burgundy and Maximilian I. of Habsburg?

I could think of three possibilities: Latin, French and German, but am leaning towards German.

They likely spoke a combination of German and French. It's not entirely clear what they were speaking while teaching their respective mother tongues to each other - most likely Latin, maybe Flemish, maybe some combination of Flemish and German (the two are related enough that you can pick up what was meant every now and then).

Maximilian spoke 6 or 7 languages depending on the source; but not French until Mary taught him. Mary spoke French, Flemish (which is related to German), and Latin; and then learned German.

This article suggests (without sourcing) that:

Mary taught Maximilian French and he taught her German.

The two claims seem repeated here and there on other sites.

This other article, for instance, offers:

While they could not, at first, speak each other's native languages, they taught each other and communicated well. 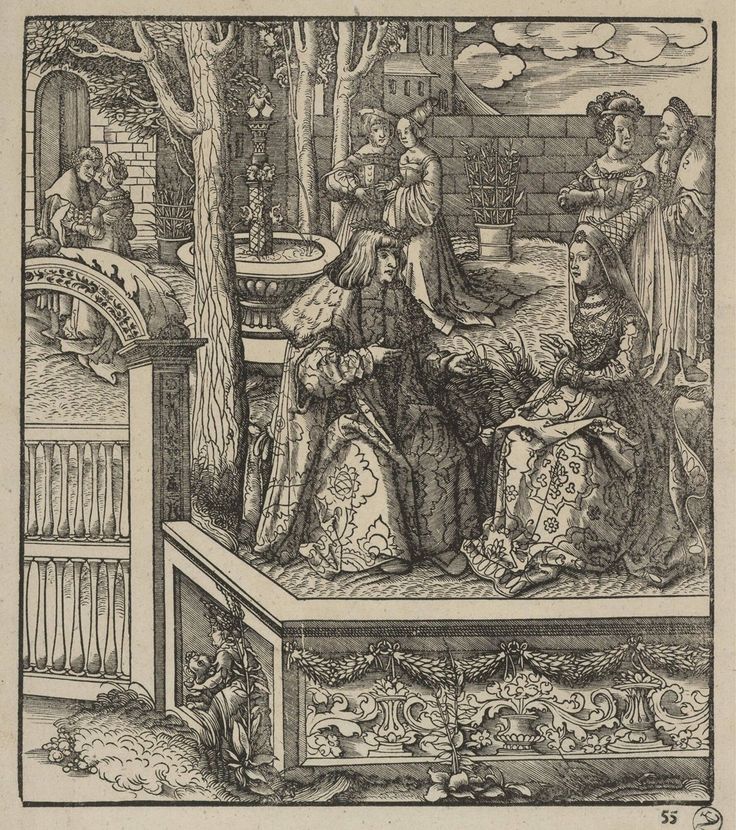 Maximilian I of Austria learning the language of Burgundy from his wife Mary of Burgundy. Leonhard Beck, circa 1514 – 1516 | Museum Boijmans Van Beuningen.

This last article offers that Mary spoke the two languages of her subjects and Latin:

Mary of Burgundy was an educated woman, in addition to French and Flemish, she knew Latin, studied history.

Not the answer you're looking for? Browse other questions tagged middle-ages renaissance holy-roman-empire or ask your own question.

15
What was the cultural background of Burgundians?
28
Why was language not used to establish dominance throughout England 1066 AD–1360s CE?
12
Language in German cloisters during the High Middle Ages
7
Why did Charles V divide his holdings as he did?
11
Who would have a good or fair command of Latin in medieval Western Europe?
3
Was there a law forbidding kingdoms in the Holy Roman Empire?
6
What language is the inscription in Masaccio's Holy Trinity
5
How did member states of the Holy Roman Empire justify only including part of their land inside it?
12
What was the "Brakteaten" medieval monetary system?