George Lensen's "The Russian Push Toward Japan" says on p. 261:

In 1815 the transport Pavel under the command of Navigator's Apprentice Srednii left Okhotsk with six Japanese castaways, three of whom had been shipwrecked off the Kuril islands, the others having been swept to California and brought from there by an English merchantman.

I've not been able to verify this story anywhere else. Did Japanese sailors really reach Spanish California?

This study, Japanese Wrecks stranded and picked up adrift in the North Pacific Ocean by Charles Wolcott Brooks, presented before the California Academy of Sciences in 1875, published in 1876, lists on page 10 (among dozens of other entries covering many years) what may have been the relevant encounter in 1815 (emphasis mine):

So it appears three survivors were picked up off the Santa Barbara coast in 1815.

The same page also lists a couple of other encounters you may find of interest.(Russian encounters).

An interesting map showing the related winds and currents can be seen in the early pages.You can see from the flow of these ocean currents how a ship which had lost the ability to navigate (broken rudder and/or masts) could end up either along Kamchatka, Alaska, or even the California Coast. 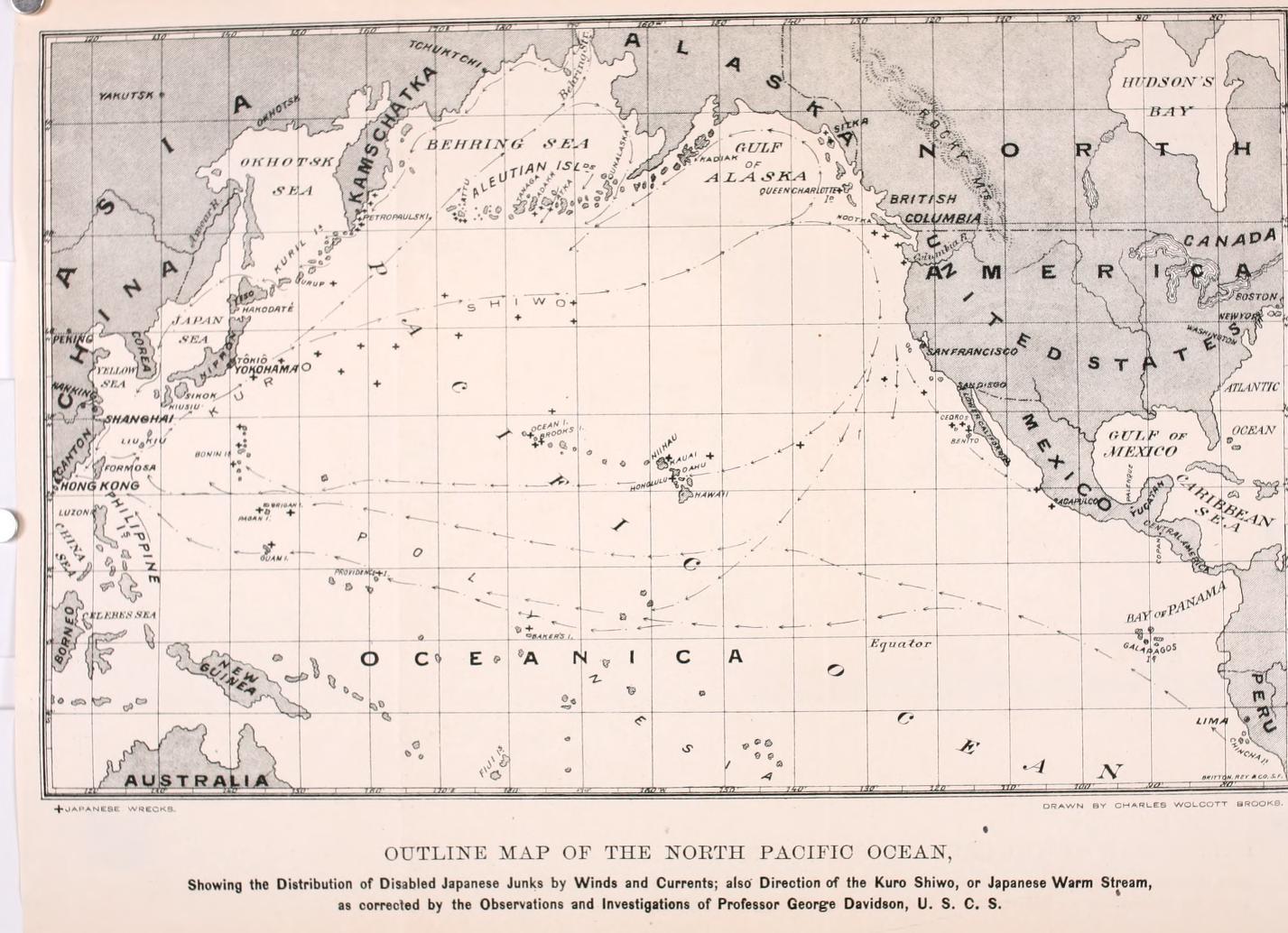 By the way, to actually answer the direct question, concerning this specific event, it does not appear that they had landed, but were rescued from a ruined ship offshore.

Not the answer you're looking for? Browse other questions tagged japan california spanish-empire age-of-sail nautical or ask your own question.