During WW2, did the USSR re-gauge railways in conquered areas?

Basically, Germany uses 1435 mm gauge train track while Russia used 1524 mm. I recently came across this question about the Germans re-gauging the track that they could during their invasion of Russia.

I would like to ask the inverse question now. Did the Russians re-re-gauge it (during the war)? And did they re-gauge any railways in West Poland and Germany proper? What about places like Romania and Yugoslavia?

According to what I read about Russian railroad troops, their operations could be divided in two parts - before the pre-war border and after.

Inside the old Soviet border there were the roads re-gauged by Germans. But those needed no "re-re-gauging" - due to the extensive usage of railroad destroyers by German troops Russian railroad workers were thinking not in terms of re-gauging, but in terms of rebuilding.

A photo of a German railroad destroyer at work and the results: 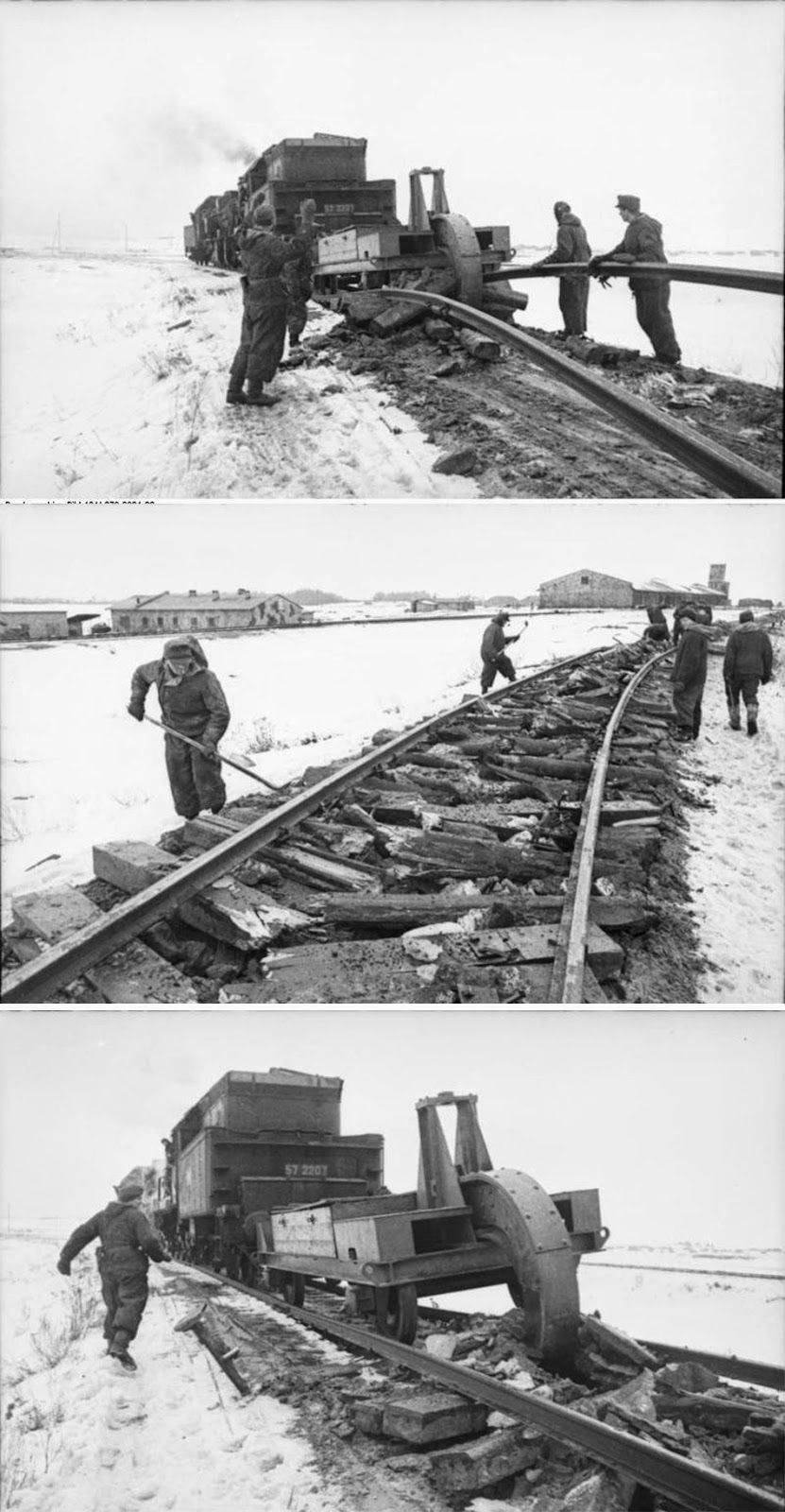 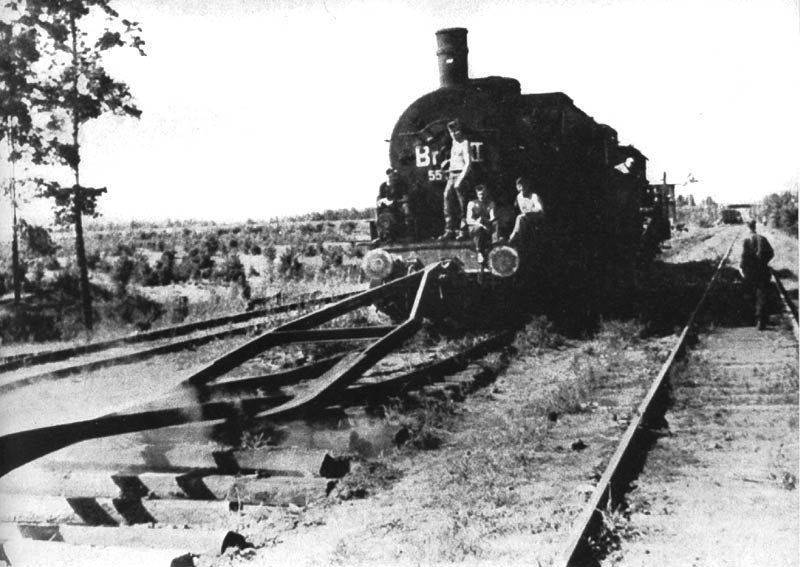 And when there was no time for one of those (they worked at around 7 to 10 kmph), Germans just used explosives.

After the Russian offensive outpaced the ability of German troops' to destroy the usable track behind them (they mostly stuck with destroying the bridges and tunnels), Russian railwaymen did start re-gauging European track to Soviet standard, but this differed by the rolling stock they had on hand - sometimes the roads were restored to European standard so the captured trains could run on them, and then re-gauged again when Soviet-gauge rolling stock arrived.

Not the answer you're looking for? Browse other questions tagged world-war-two soviet-union railroads or ask your own question.

41
What did Germany do in World War II about the different rail gauge in the Soviet Union?
5
Did West Russia really have a rock shortage in WW2? And if so, what was the cause?

12
What were French actions against Germany during September 1939?
41
What did Germany do in World War II about the different rail gauge in the Soviet Union?
6
Why did the USSR switch from 1524 mm gauge to 1520 mm gauge in the late 1960's?
5
Did West Russia really have a rock shortage in WW2? And if so, what was the cause?
2
Did Army Group Center have easier going up to Smolensk than between Smolensk and Moscow?
6
What happened to Soviet POWs taken by non-German armies on WW2 Eastern front?
3
What is the average travel speed for railways between European capitals in the late 19th century?
52
Was Switzerland really impossible to invade during WW2?
15
What do we know about Hitler/OKW's plans concerning USSR if Molotov/Ribbentropp Pact hadn't happened?