Did Andrew Jackson threaten to kill the Vice President?

In my Government and Politics class the other day, we were taught that Andrew Jackson threatened to kill the vice president. This sounded a bit odd to me so I wrote it in my notes and resolved to look into it later. Not finding much on the Internet (besides the Charles Dickinson incident), I've turned to the History SE.

Now, I first assumed this to be John C. Calhoun, Jackson's own vice president. Of course, I suppose that the mentioned vice president could have been another one serving the US during Jackson's lifetime, or even the VP of another organization. So my question is threefold: (1) Did Andrew Jackson threaten to kill a vice president? (2) If so, whom? (3) For what organization did this figure serve as vice president?

Two quotes come to mind. The first some sources say is disputed whether Jackson actually said it. Wiki Quotes. However, the quote is widely reported including (Washington Post, Charlotte Observer and Dictionary Quotes)and is in character for Jackson a man who fought 103 duels before becoming president, did repeatedly threaten people who he felt wronged him, and who once beat an armed assassine nearly to death with his cane after the man tried to shoot him, twice. see Richard Lawrence

"John Calhoun, if you secede from my nation, I will secede your head from the rest of your body.", Andrew Jackson source

The second occurred after Jackson left office. His Vice President and friend, Martin Van Buren was just sworn in as the next president and Jackson is asked by a reporter if he has any regrets after his 8 years in office. 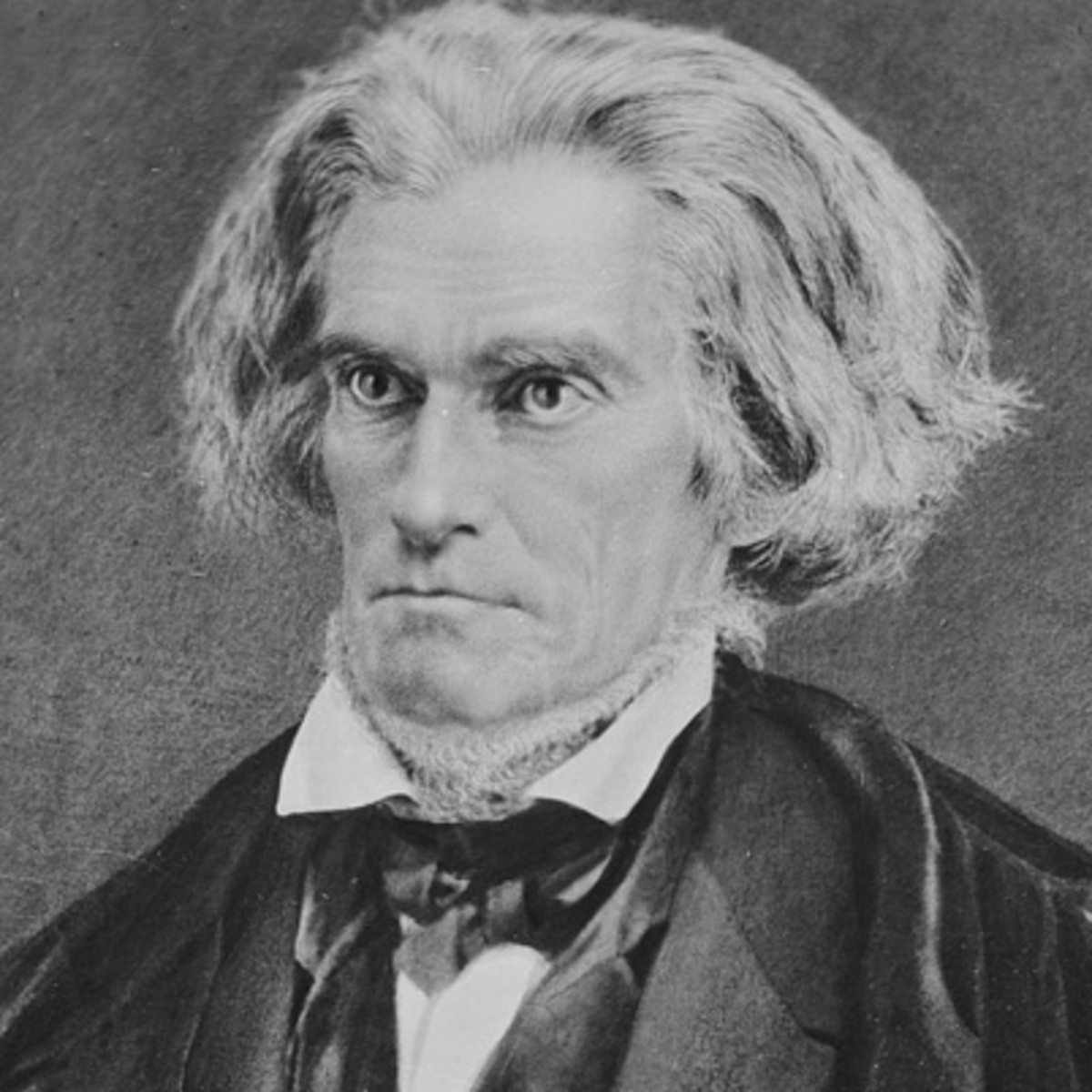 You shoot equals in duels. You hang criminals and traitors. That’s what he thought of Calhoun.

Calhoun had been John Quincy Adams' Vice President and had switched parties during the election, and stayed in Washington as VP when Jackson was elected.

Tensions began between the two over social and policy issues.

In November 1832 the Nullification Convention met. The convention declared that the tariffs of 1828 and 1832 were unconstitutional and unenforceable within the state of South Carolina after February 1, 1833. They said that attempts to use force to collect the taxes would lead to the state’s secession. Robert Hayne, who followed Hamilton as governor in 1833, established a 2,000-man group of mounted minutemen and 25,000 infantry who would march to Charleston in the event of a military conflict. These troops were to be armed with $100,000 in arms purchased in the North.

Everybody wanted to know what Jackson would do. Jackson himself had supported states rights, but in this case Jackson believed nullification and succession went beyond states rights and he drew a line. A visitor to the White House from South Carolina asked Jackson if he had any message to the people of his state. Jackson's response:

Yes I have; please give my compliments to my friends in your State and say to them, that if a single drop of blood shall be shed there in opposition to the laws of the United States, I will hang the first man I can lay my hand on engaged in such treasonable conduct, upon the first tree I can reach. Andrew Jackson

In December of 1832.. Jackson would issue the following proclamation to South Carolina, raising the spectra of a military confrontation.

I consider, then, the power to annul a law of the United States, assumed by one State, incompatible with the existence of the Union, contradicted expressly by the letter of the Constitution, unauthorized by its spirit, inconsistent with every principle on which It was founded, and destructive of the great object for which it was formed - Andrew Jackson Dec 1832

Jackson had congress pass the Force Act, allowing him to send eight Navy ships and 5,000 soldiers to Charleston. Crisis was averted when Congress agreed to modify the objectionable Tariff over the next decade, and South Carolina alone, and looking at a military confrontation with the union backed down.

On May 1, 1833 Jackson wrote, "the tariff was only a pretext, and disunion and southern confederacy the real object. The next pretext will be the negro, or slavery question."

Andrew Jackson was a bad dude. He once fought a duel with someone who was a better shot than himself. (Charles Dickinson) His strategy was to hold his fire, getting shot square in the chest and then calmly killing his opponent. When questioned on his tactics he says, "I would have killed him if he had shot me in my brain."

There was a general statement by Andrew Jackson that could have referred to his Vice-President John C. Calhoun.

"Do not be deceived by names. Disunion by armed force is treason... I will hang the first man of them I can get my hands on, on the first tree I find."

This was said to a bunch of South Carolinans, of which Calhoun was one. They looked at each other and realized that it could be any one of them, including Calhoun. After all, by sharing the White House, he could be "the first man I can get my hands on."

So Jackson threatened to hang somebody, said that he was not "deceived by names," and that the first victim could be anyone, including Calhoun, not that it would be.

A more specific, direct reference to Calhoun appears to be false. For one thing, the language was not what Jackson would have used, including the reference to beheading. He had hanged Robert Arbuthnot and shot Alexander Ambrister in Florida.

Not the answer you're looking for? Browse other questions tagged united-states political-history president death or ask your own question.