The inscription listed below is on a shell case which was in my grandmothers house. Can any one tell me what they mean. 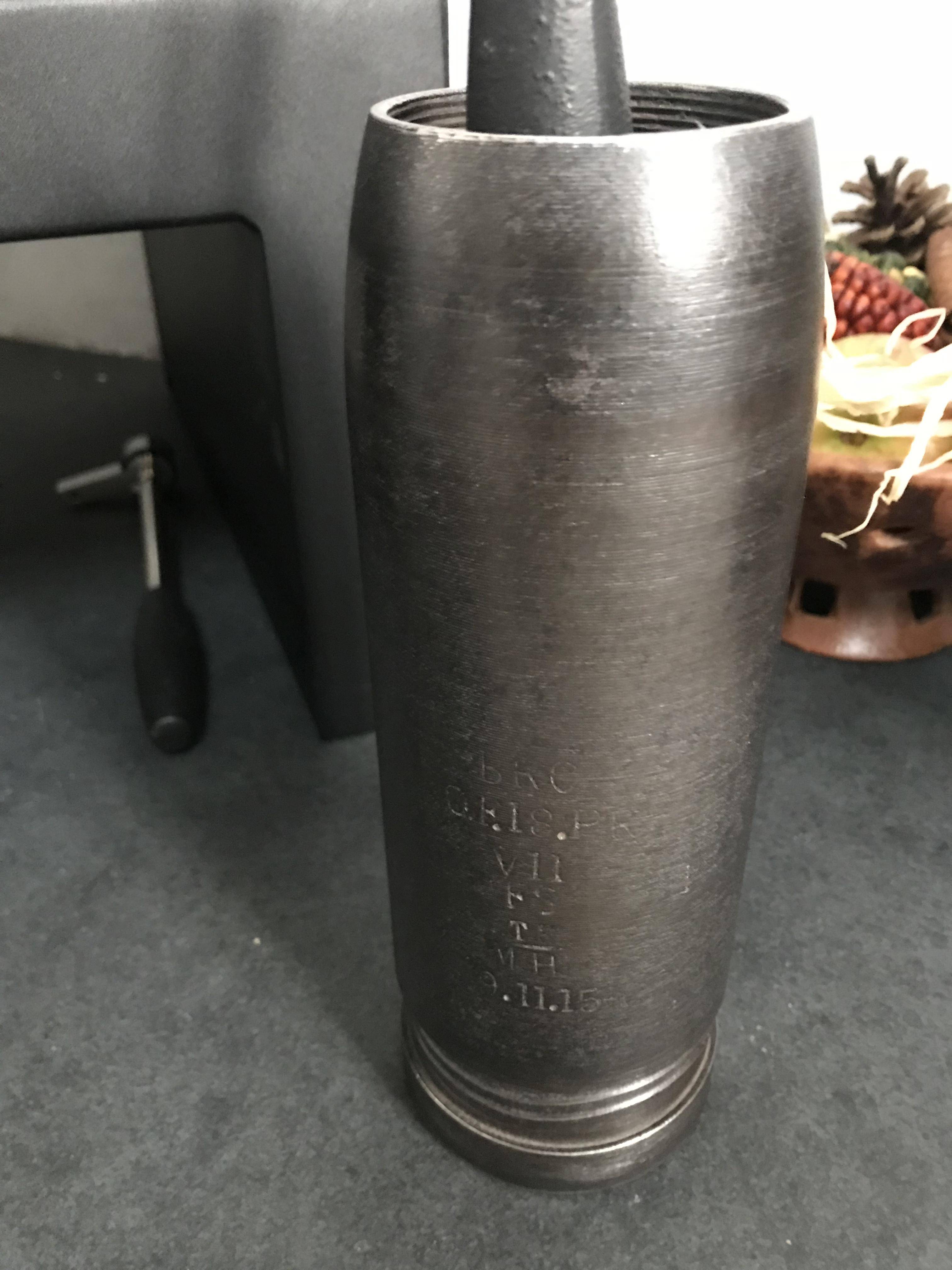 It's a shell for the standard British Ordnance QF 18-pounder field gun.

Shell markings will normally include the following:

I'd guess that BRC is the manufacturer of the shell casing, and (TR over MH) is the monogram of the filling station.

A lot of filling stations were established during the first world war. There is a list of initials used by filling stations in 1918 in Explanatory List of Service Markings to be found on ammunition and ammunition packages in use with the Field Armies. 1918. Sadly, it doesn't include the markings on your shell casing. Unfortunately, I couldn't find an earlier edition online.

The 1915 treatise on Ammunition from the War Office also has more detail about the 18-pounder ammunition.

4
Were biological weapons used in WW1?
4
Were the pre-WW1 alliances really created to prevent war?
20
WW1 tunneling - bypassing the front line?
11
Were railway guns ever critical in any battle during WWI and WWII?
4
Which cannon could fired this Austrian brass shell case (Berndorf 1910 R)?
1
What kind of rifle used this shell case?
8
Who was blamed for shell failures on the Western Front?
0
Can anyone tell me anything about the markings on these shell casings?