How did the increase in the birthrate and marriage impact on US homefront during WW2 (1939-1945)?

I tried to research the increase of birthrate and marriage of the US during WW2 (1939-1945), but the result just shows statistics after the war and the baby boom. Thus, they make me confused. I really need help!

I found this on WIKI, I need more information about the birthrate and marriage during the war, not after.

Marriage and motherhood came back as prosperity empowered couples who had postponed marriage. The birth rate started shooting up in 1941, paused in 1944–45 as 12 million men were in uniform, then continued to soar until reaching a peak in the late 1950s. This was the "Baby Boom.

In a New Deal-like move, the federal government set up the "EMIC" program that provided free prenatal and natal care for the wives of servicemen below the rank of sergeant. Housing shortages, especially in the munitions centers, forced millions of couples to live with parents or in makeshift facilities. Little housing had been built in the Depression years, so the shortages grew steadily worse until about 1949, when a massive housing boom finally caught up with demand. (After 1944 much of the new housing was supported by the G.I. Bill.) Federal law made it difficult to divorce absent servicemen, so the number of divorces peaked when they returned in 1946. In long-range terms, divorce rates changed little.

I'm still unsure what you are looking for, but there is a publication which might help. 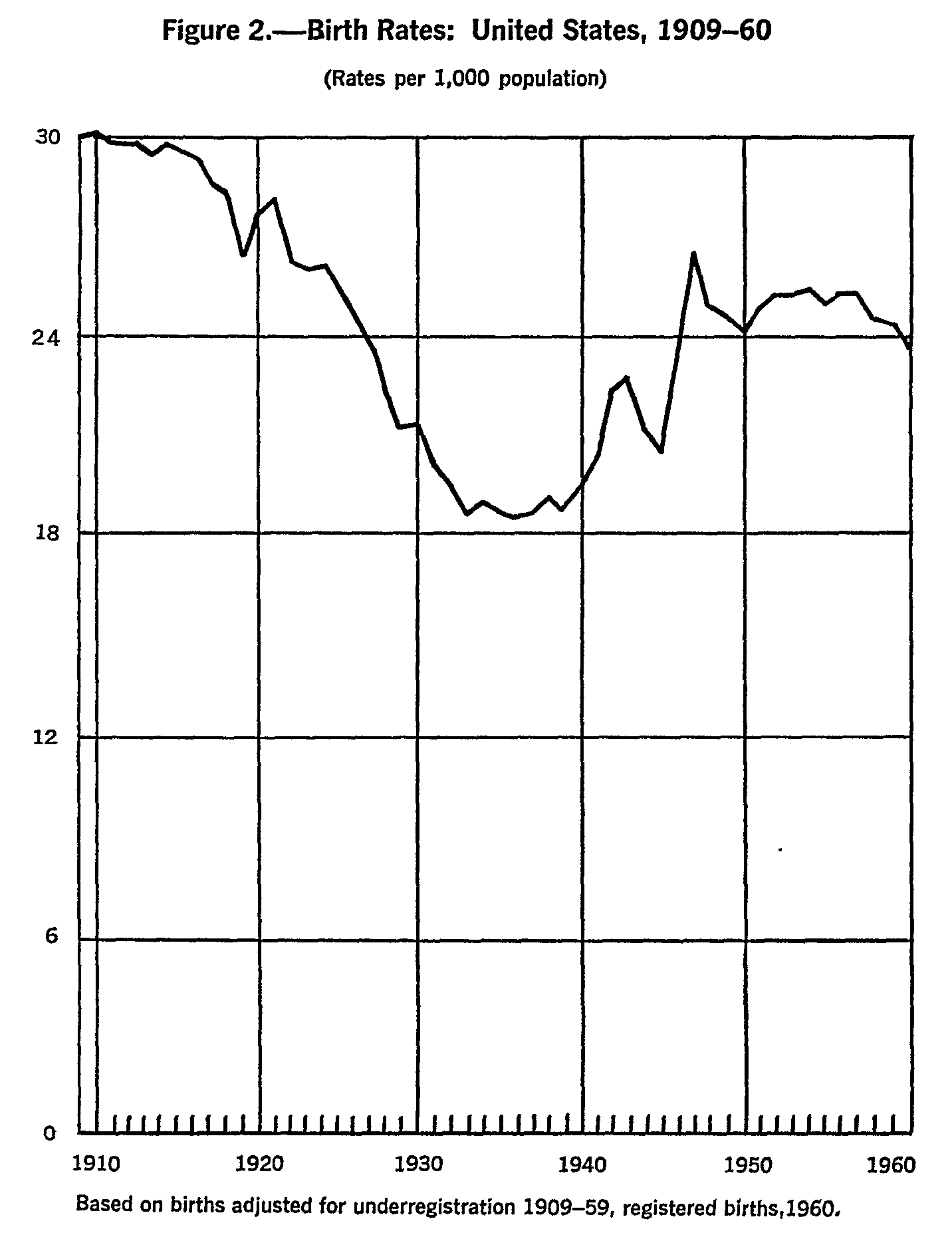 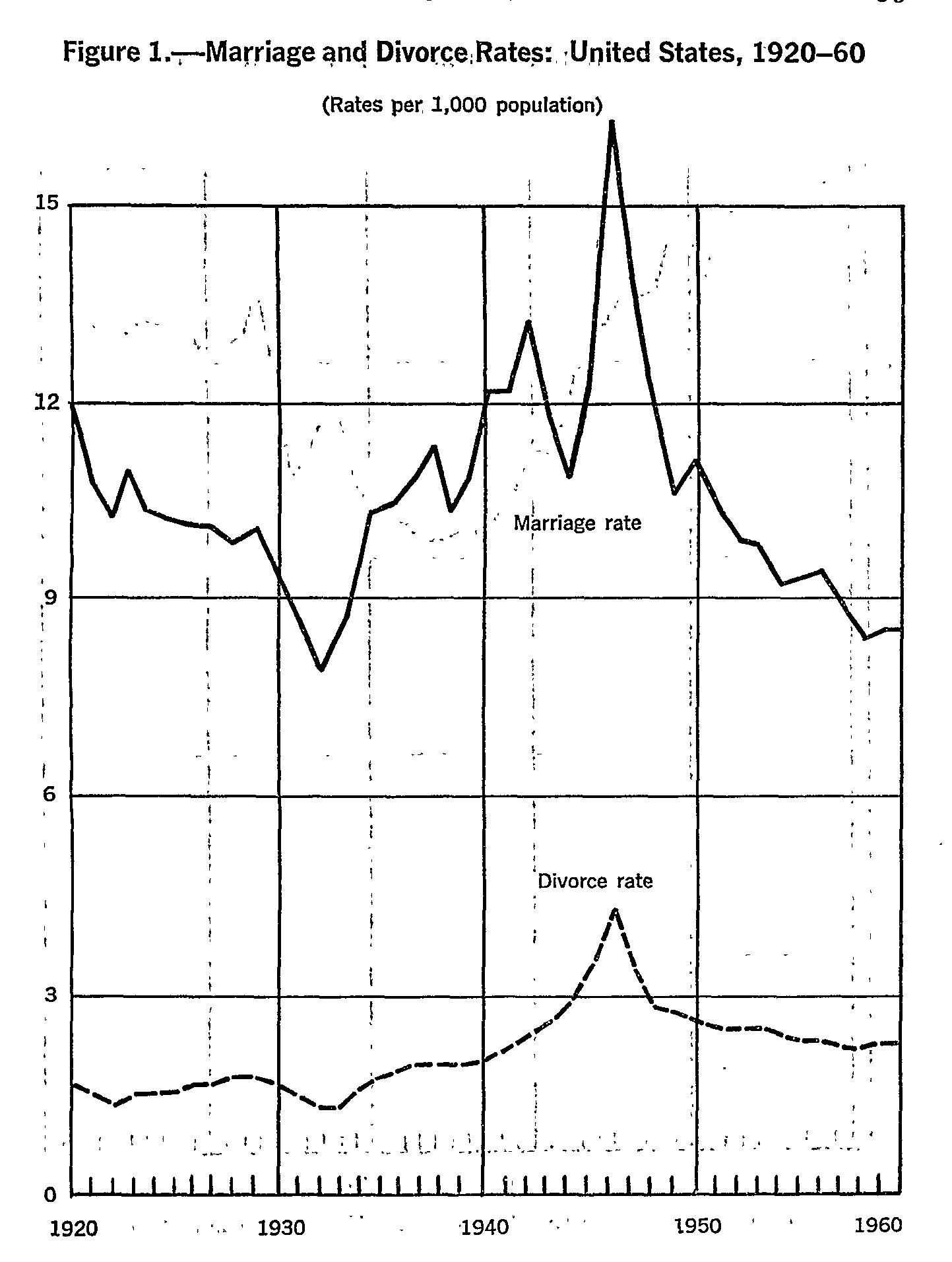 These charts provide an overview of the changes in birth rate and marriage rate before, during and after the war.

In their book, "Generations", William Strauss and Neil Howe opine that the "Baby Boom" began in 1943. Of course, they are not referring to the demographic phenomenon, which started in 1946, but rather cultural attitudes toward child rearing; that is, children born in 1943 were treated more like children born in 1946 than children born in 1940-41 (1942 was a transition year).

The hardships of the Depression were starting to dissipate by 1940, when the U.S. started gearing up for the approach of their involvement in World War II. That was the time Americans e.g. started re-introducing meat into their diets, if only in the form of e.g spam, that is canned spiced ham. (More fresh meat came after the war.) Even these small changes brought about the rise in marriage rates in 1941-42, and birth rates in 1942 (but more like 1943).

Parents were feeling optimistic about the future (in 1941, Life Magazine referred to the 20th century as the "American" century), and ready to "indulge" their children in small ways (more food and toys and "permissiveness), relative to the past. That created a wilder, looser bunch of kids beginning in 1943; (the "campus riots" started in 1965 when these kids turned 22).

Not the answer you're looking for? Browse other questions tagged world-war-two population or ask your own question.