Are there known completely sealed chambers in Egyptian pyramids?

According to new measurements, there likely is a large hidden chamber in the Great Pyramid (Paper). There is already speculation about its contents, with people looking at religious sources the chamber may be based on. What bothers me about this is that I was under the impression that the interior decoration was done without suspending the rest of the building work, using using oil lamps as evidenced by soot. To achieve this, they would need access tunnels which connect all the chambers.

The newly discovered chamber would either need to have some other way of access or couldn't be decorated, making a religious purpose unlikely which leads me to think it might simply be stress relief for the chambers beneath it.

Are there any known chambers that are completely sealed off and do not have any external access?

Question:
Are there known completely sealed chambers in Egyptian pyramids?

Short Answer:
All of the previously known chambers discovered in the 19th century were hidden and sealed to protect the resting place of the pharaoh and his treasures from looters. There are newly discovered chambers as of 2015-15 discovered by Japanese and French physicists using newly available cosmic ray scans. These chambers were not believed to have been part of any religious ritual nor house new artifacts/treasures. Egyptianologiests were excited about the discovery of these chambers because of the knowledge about the construction of the pyramids which they might yield. 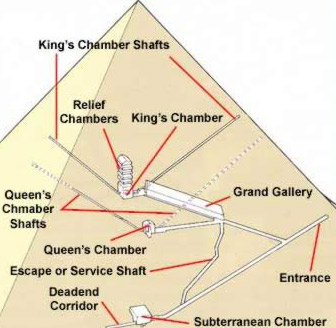 All six of the original chambers in the great pyramid were sealed and the entrance were hidden. All of them were designed to be secret chambers, as the pharaohs learned early the risks looters represented to their burial chambers.

The Search for Hidden Chambers On the Giza Plateau
Actually, any chamber inside most Royal Egyptian tombs, whether with a pyramid superstructure or not, were meant to be hidden. Egyptian Kings learned very early on that there were always going to be unscrupulous people who were ready, willing and resourceful tomb robbers. After all, Pharaohs and other royalty usually took considerable wealth to their graves. Rarely have any royal tombs managed to hold their secrets from ancient robbers. .
In fact, at one point or another, all the chambers of all the great pyramids at Giza were hidden to the general public and early explorers. These early explorers tunneled and sometimes even blasted their way into the pyramids in order to discover what lay within, and eventually discovered the inner structures we now ascribe to the Giza Pyramids.

As for the new chambers discovered in 2015-16 as part of a Japanese and French physicists scans they had remained sealed and were previously unknown. They were found through particle scans of the structures. They were not expected to contain treasures or have played a religious role but were thought to be structural in nature. Egyptianologists were excited about these chambers not because they were believed to hold artifacts but rather because of the hopes they would shed light on the construction secrets of the pyramids which have eluded egyptianologists to this day.

Cosmic-ray particles reveal secret chamber in Egypt's Great Pyramid
Physicists have used the by-products of cosmic rays to reveal a large, previously unidentified chamber inside the 4,500-year-old Great Pyramid in Giza, Egypt. The find is the first discovery since the nineteenth century of a major new space inside the pyramid. .
Egyptologists have been quick to dismiss any idea of finding lost treasure in the 30-metre-long void. “There’s zero chance of hidden burial chambers,” says Aidan Dodson, an Egyptologist at the University of Bristol, UK, who studies ancient Egyptian tombs. But experts hope that the finding will lead to significant insights into how this spectacular pyramid was built.

In antiquity, the entrances to all pyramids were concealed.

Theoretically there can be discovered rooms and concealed rooms, theoretical rooms and controversially unconfirmed known unknown rooms, passageways and rooms that ascribe to different levels of ingenuity for concealment of precious artefacts, to avoid tomb robbers, built into illusions, upwards climbways, fake lime, false vistas, and tough barriers that don't sound hollow when they are rapped upon.

The passages and rooms must be photographed to ascertain their status as a passage or room and it's furnishings, rooms that vary to many different levels.

So archeologists want to drill the hidden voids quite often, if it is the only method of confirmation for their detective work.

To grant a drilling into their building, the host country often asks scientists for at least 2-3 studies, and has it's own debate about their 3200 year old buildings when the tourism isn't their main concern.

There is probably a book about Egyptian archeology which has a chapter about deceptive nature of the hidden rooms. 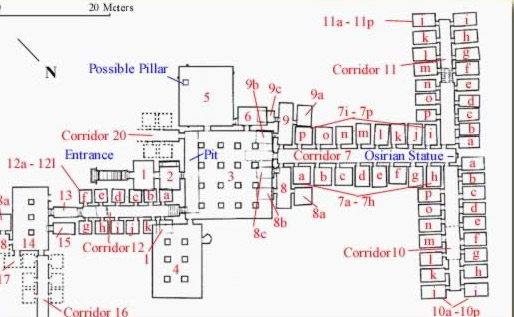 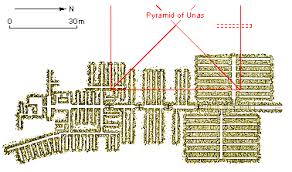 Not the answer you're looking for? Browse other questions tagged ancient-egypt archaeology pyramids or ask your own question.