What is the meaning of a glove on the tail of monsters in illuminated manuscripts? 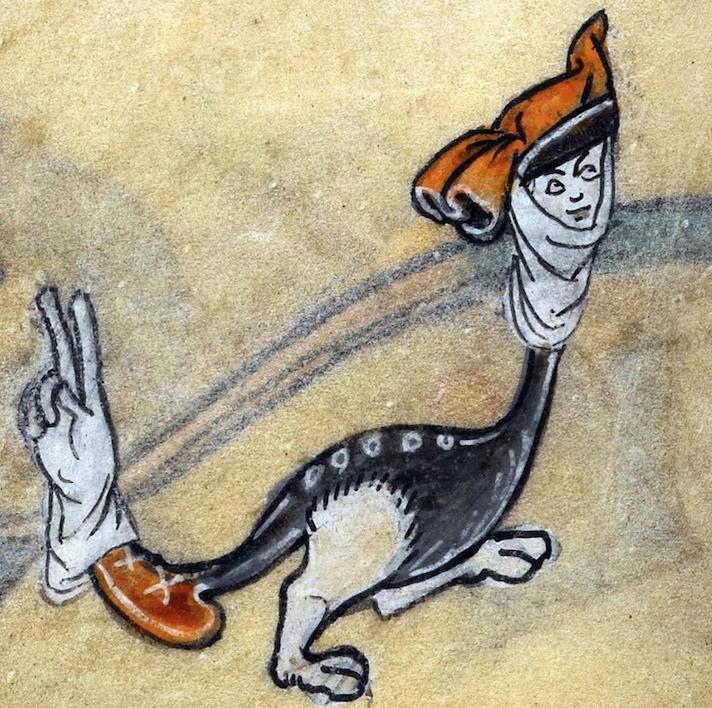 What is the meaning if this device?

As with most such images in medieval manuscripts, it's hard to tell. The artist may not have intended any particular meaning, but I've listed some possibilities at the end of the long answer.

There are many such strange illustrations in medieval manuscripts, especially in the margins (known as marginalia). In many (maybe most) cases we simply don't know what they mean, or even if they were supposed to mean anything at all. This from Collectors Weekly:

Though the meaning of specific images is still hotly debated, scholars conjecture that marginalia allowed artists to highlight important passages (or insert text that was accidentally left out), to poke fun at the religious establishment, or to make pop-culture references medieval readers could relate to. We’ll probably never understand all the symbolism used in marginalia..

This article in History Today shows how even at least some contemporaries were baffled:

Debate over the purpose of these illustrations has continued, seemingly from the very beginning of their use. In the 12th century, St Bernard of Clairvaux wrote, What profit is there in those ridiculous monsters, in that marvellous and deformed beauty, that beautiful deformity? To what purpose are those unclean apes, those fierce lions, those monstrous centaurs, those half-men…

...scholars were completely uninterested and wrote it [marginalia] off as trivial or not meaning anything...It was only relatively recently, due to the work of scholars like Michael Camille and Lillian Randall, in particular, that marginalia became viewed as a genre worthy of study...

Sometimes the images depict stories associated with the text, but not necessarily directly related to it. In a time when so many people could not read, the pictures helped them understand and remember the text. Sometimes the pictures give a fascinating glimpse into the history of the region and the lives of people who created the text. Just occasionally they are there simply to delight the eye.

Illustrations were sometimes a commentary on the text but without knowing what that text is, interpretation of the illustration in the question above is all but impossible (if any interpretation was intended in the first place). However, I'll stick my neck out and venture some possibilities..

It is possible that the artist is referring (for some reason not evident here) to a high-born woman who enjoyed falconry/hawking (if the glove is intended to be a gauntlet). Another possible interpretation is that the part woman, part bird image is some kind of take on a siren. Or it is possible the artist did it just for the amusement of himself and / or the reader as there seems to be a tongue-in-cheek element to this illustration. Or it is possible that two of the above may be equally true...and I'm sure others could come up with other interpretations too...

Concerning the two fingers, this may have been intended as a sign of benediction (thanks to T.E.D., rougon and bgwiehle for the comments / prompts). This is commonly found in paintings from the medieval period. The fingers are usually together but are sometimes slightly apart (as in the picture in the question) and sometimes crossed (as in several versions of Salvator Mundi). 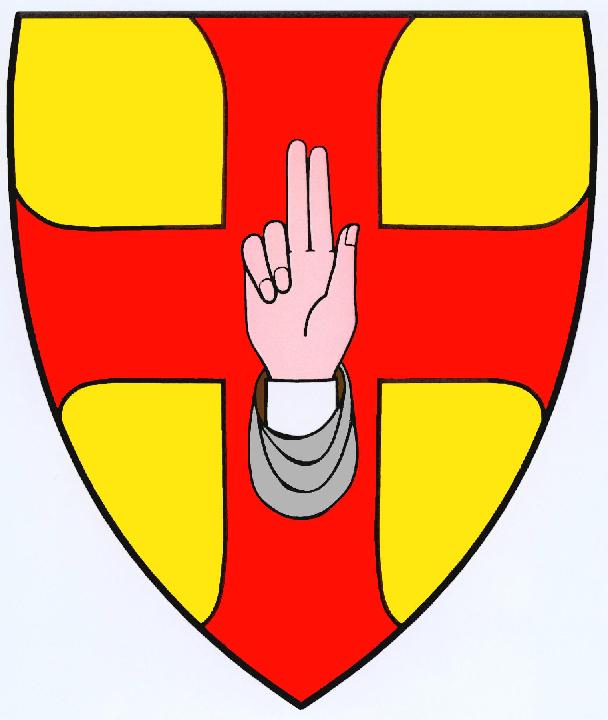 I can't speak to any of the other gloved animals, since you dont present them or link to them, but your figure is a part of a document referred to as the Maastricht Hours, and contains many figures which display both human and animal-like forms. 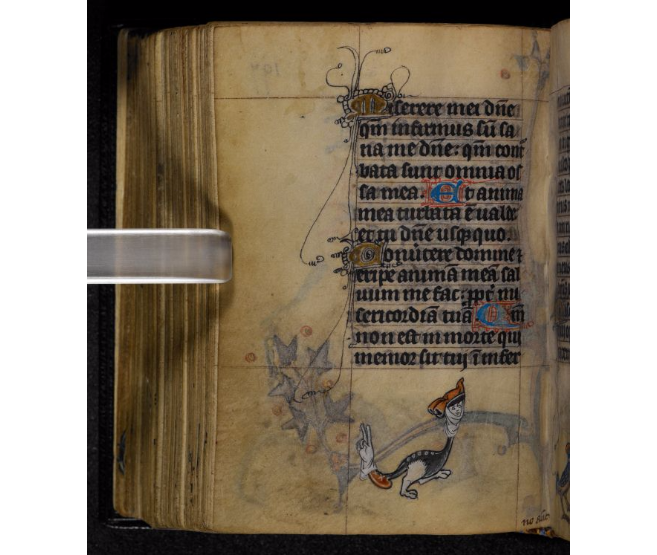 ...and the opposite page: 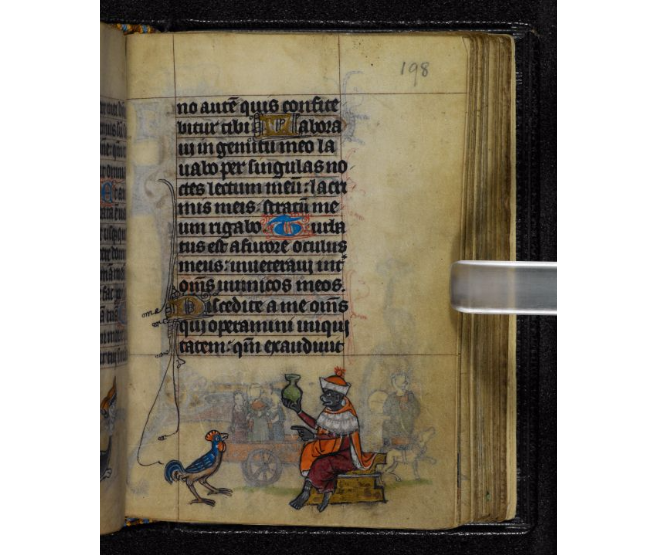 I wouldn't attach any special significance to a glove on the tail of a creature , at least in this particular document. If you look through the volume, which is fully digitized and can be accessed here, there are many other curious, nonsensical figures with assorted bits of clothing and human features juxtaposed on creature or animal bodies.

You can read an article here which discusses and shows some more of these illustrations.

My first impression was that this looked like a Monty Python doodle pad, and it is possible that, besides just filling the margins of the document, absurdist humor may have been the intent.

30
What's the meaning of a knight fighting a snail in medieval book illustrations?

25
What evidence is there of the vision aids people used before the invention of eyeglasses in about 1286?
14
In Europe, why were there few portraits showing a real likeness of the subject before the 15th century?
13
What are the dates of these panoramas of Paris?
20
What is known about the Ubaid lizard-people figurines?
3
What effects did World War II have on Japanese animation industry?
2
In the painting "Ariadne", by Arthur Streeton, why are the sails of the ship white?
11
What are the precursors of the Bayeux Tapestry?
9
Is this costume plate from Theatrum Orbis Terrarum correctly colored?
9
Did people shoot from both sides of the bow in medieval times?
19
What are all fantastic creatures on The Nile mosaic of Palestrina?